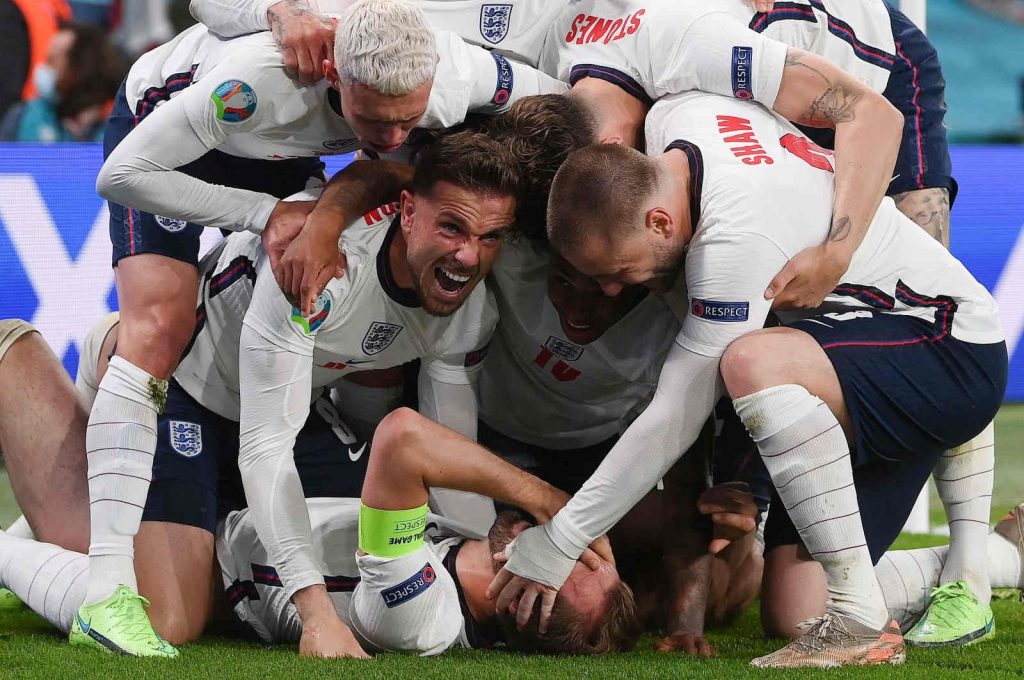 Football fans have had 50 matches to enjoy in this European Championship. Surprises throughout the tournament were many. But, as the final draws nearer, two of the continent’s biggest sides are left to do battle for the trophy.

How to strike the perfect balance between the crafty Italy team and the resilient England national side? Let’s take a look at who you could choose to line up for your fantasy football side, and at the great prizes that are at stake.

Trying to help new users of FootballCoin get started with assembling their sides, we have come up with some suggestions for their fantasy draft.

In spite of England’s good defensive record, we’ve opted for Gigi Donnarumma. The Italian keeper has looked more confident throughout the tournament, and also showed to be a good leader. Pickford has also done well, but, at times, looked overcome by emotion against Denmark. However, while the Italian might possess better shot-stopping skills, Pickford is the superior player in terms of passing. Create your draft according to your tactics.

Both teams are likely to start with four at the back. Creating distinctions between these players is not easy. All have done well against a certain type of opposition.

Still, we think that Giovanni Di Lorenzo’s speed and stamina could go a long way against the tired legs of the opposition. We also believe that Leonardo Bonucci’s self-belief and leadership could prove a big deal in this game.

Harry Maguire and Luke Shaw have been sound since coming on for England. They’ve done excellently to respect Gareth Southgate’s strict, at times rigid, tactical plan.

John Stones has also played well, but only get a place among the subs due to his relatively few passes and attacking contributions.

We’ve decided to leave out Giorgio Chiellini and Kyle Walker, as their form seems, currently harder to predict. Emerson is also out, not having impressed us during the game against Spain.

We’ve opted to choose all of the three Italian central midfielders. They’ve performed well throughout the tournament. The only caveat is that their incredible passing display was not evident against an opponent like Spain. Since England plays with two pivots and, at times, without a clear playmaker, Italy’s passing flair may return here.

Mason Mount also makes our list. In spite of not being the most flashy of players, his clever movement behind the striker can prove of immense help to his team’s chances.

In FootballCoin, during Euro 2020, strikers have proven useful, usually, only when they scored. Insigne and Sterling, however, contribute a lot to their team’s style, often getting involved in their teams’ buildup. We’ve decided to add Harry Kane as a sub, especially considering the way that the Three Lions place the Spurs striker at the heart of their game.

We’ve opted to leave out Ciro Immobile as the Italian does not do enough to rack up points on days when he does not score. Federico Chiesa and Bukayo Saka have done marvelously. Still, we think that their performances are too wildly unpredictable to allow us to suggest them.

The biggest game in international football for 2021 sees FootballCoin setting up an official, free contest. Registered users can win part of the 18000 XFC pot.

Besides, there are several private fantasy contests. The entry fee for this varies from only a few XFC to 2000 XFC. All of them promise rewards, and an increase in a manager’s score. The score will be used to calculate the winner of the Best Manager of Euro 2020 competition.

How will you be lining up for the Euro 2020 final? Have your say in the FootballCoin contests and get ready to win important prizes.