Everything you need to know before entering the FootballCoin contests. Sign up, play and win!

Home » Everything you need to know before entering the FootballCoin contests. Sign up, play and win! 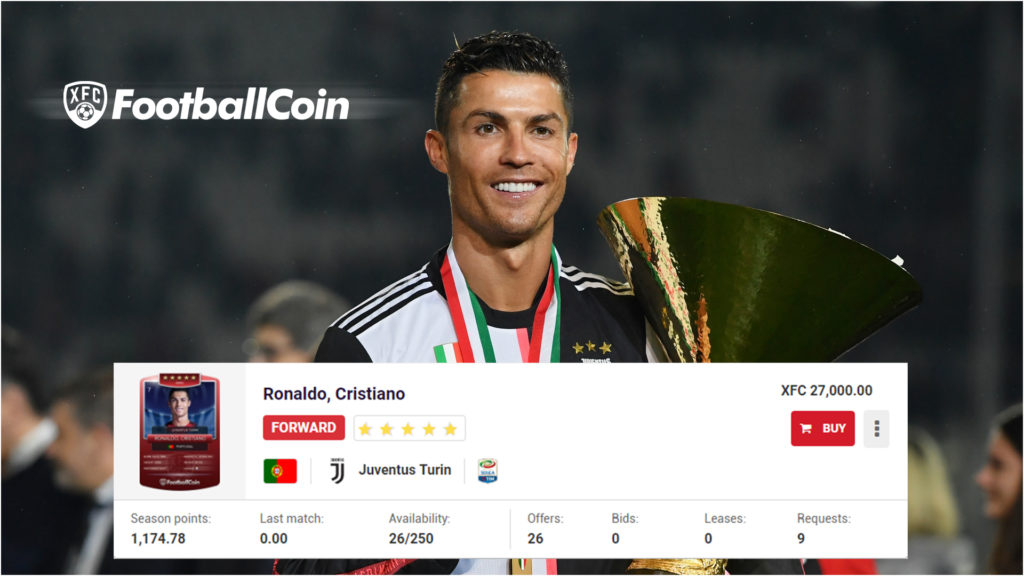 Everything you need to know before entering the FootballCoin contests. Sign up, play and win!

Are you new on FootballCoin.io? Here’s the place where the passion for football and your managerial qualities will reward you. Here you can take part in the story of the world’s biggest football leagues, based on your knowledge and your own way of thinking about football. Here you can wear your coach jacket, choosing a first eleven out of the 11 international leagues available to you. You make your own tactics, then choose from our players.

Come and take our platform tour. You will see how easy it is to win with FootballCoin and how interactive this game is.

Treat your manager role seriously right after you hit the “Sign up” button. Register in the following window, seeing this as a way to warm up before the big games.

Once you set up the details from above, every time you access the website, you can hit the “Login” button, and then your footballing adventure, seen and controlled from the bench, can begin!

Keep in your mind that in order to sign up, you don’t have to pay anything, and there is no subscription fee. That’s because FootballCoin is built just so it is easier to play for the fantasy football enthusiasts.

Multiple accounts are not allowed. In case we identify more than one account of the same person, we reserve the right to block, ban and/or erase the incriminated accounts and all the submissions of the accounts identified as breaching the rules.

Every hour of every day, under the section “Contests” you’ll find all the available contests from our platform. They all have a stake, so you can win prizes that consist of the game’s cryptocurrency, called XFC. The contests are created by other users and you can join with your team. You can choose your contests by different criteria.

Fantasy football is a type of game in which users are judged based on the football draft that they create. The draft earns a total number of points through the real-life performances of the football players that compromise it. FootballCoin hosts daily fantasy contests that include the world’s top leagues and competitions.

Virtual football is a game in which users create a draft that scores points based on the previous, real results of the football players that are included. In 2020, FootballCoin launched its own virtual module. The selected cards receive points that are calculated by an algorithm that takes into account the performances of players throughout the past three seasons with an emphasis on the last campaign.

You can join contests that are :

Here’s an example of a free tournament, with an unlimited number of managers. Up until the screenshot was made,878 managers joined the contest, the reward rising up to 10,800 XFC.

One of the game’s advantages is that you can join multiple contests at once,and that helps you enhance your winning chances.

Also, another advantage is that you can enter and win free contests, so you can a sum of the game’s cryptocurrency, XFC. With this, you can buy valuable players or enter private contests, where you can win even larger prizes.

Choose your favorite formation for your team, then hit “Plus” on every red, green, blue and purple card on the field. Each color represents a different area of your team. After you hit “Plus”, you’ll be shown a list with all the available players for that position, from the contest you chose to play in.

After you choose your desired contest, it’s time for you to build your squad, based on your footballing knowledge and experience from those leagues, clubs and players that you can find on the FootballCoin lists. At any time, you can check if the players you wish to use are fit, free or that respective players’ points from the last gameweek, or overall. You can easily find these settings, in the left side of the platform, under the section “Live & Stats”. Points for each player are based on his real-life performances.

As for the subs, they will contribute 50% of their points to your squad’s total score.

Choose an assistant manager that brings you points off the bench!

When you’re building your squad in order to enter a contest, you can choose an assistant manager from a list where you will find:

The assistant coach is a very important slot in the squad because it helps you by winning you points off the bench. Also, once retired or moved to another league outside the FootballCoin universe, you’ll be able to use him at a maximum capacity, his card showing his highest recorded rating from his playing days.

The contests that you can enter are two modes: Easy and Pro. Depending on these categories, the players points system takes into consideration certain criteria, available for each of the two modes.

There are certain aspects of the game that matter more in the Easy type of play than in the Pro. As you can see in the table below, there is a letter “E” that appears or not right after each listed criteria. When calculating a players’ points total, every item on the list that has the letter “E” next to it will be taken into account when the contest that the manager entered his team is of the Easy level. For example, the following details are being crucial when you choose to play in an Easy contest:

In the Pro contests, all of the criteria listed in the table below are taken into account and, as you can see, besides the criteria from the Easy mode, there are several other criteria that count when calculating your squads’ points. These are some of them:

What you have to remember is that if you join a PRO contest, all of the parameters from the table will be taken into account. If you join an EASY contest, then only the criteria marked with “E” will count.

This pointing system is specially created to promote the balance between different positions on the field. Therefore, a more defensive player, who doesn’t score as much, can get you a higher number of points in the Pro mode.

Create your own contest!

We know you’ll sign up for a lot of contests on FootballCoin.io, but what if you can organize your own contest? Especially if this action is very simple and intuitive. Select ”Create competition” tab on the left of the dashboard and then start choosing the details for the game: the name of your contest, Easy or Pro category, the league, the matches, the contest type and prize structure. One of the choices you need to make is the stadium whose hosts you will be. The advantage is that you can find free stadiums for competitions with up to 11 participants. Invite your friends and give it a try!

Stay updated with the managers’ rankings!

In order to know how many more points you need in order to get to the top of the table, you can always check the list of all the fantasy football managers who are playing alongside you on the FootballCoin platform. So, you can find out how many points did those managers score, how many contests they’ve won and how many players they own, but also the XFC prizes they’ve won.

FootballCoin players: some are free, some have a value!

The free cards are free and unlimited, and they are generated for 1-star and 2-star players. They can be used by any manager, in an unlimited number of teams and contests. In the FootballCoin game, approximate 75% of all the cards are free.

The predetermined value cards are generated for higher rated players: 3, 4 and 5-starred. These cards can be purchased by the FootballCoin managers in exchange for XFC, with the price being determined by demand and supply.

How is the players rating determined?

In the FootballCoin game, players obtain their ratings based on an algorithm of these criteria:

How is the player’s initial value determined?

This time, the FootballCoin algorithm takes the following aspects into account:

All this being told, the conclusion is there: it’s very easy to follow these steps and then be a full-fledged football fantasy manager. Take the challenge, sign up, play and live the footballs passionate experience that takes his favorite teams’ hot seat.  Especially since here, on the Footballcoin.io platform, you can create your perfect squad!