Signup now!
Home » Leicester beats all odds once again to qualify over Sevilla

Leicester played above expectations and secured a 2-0 victory over favorites Sevilla. The English side qualify to the Quarter finals of the UEFA Champions League with a 3-2 score on aggregate.

Leicester managed to overturn a 2-1 deficit through sheer hard work and determination. It was last leg’s loss that had sealed Claudio Ranieri’s fate at the club. The manager, who had helped bring Leicester their only Premier League title, was sacked soon after the defeat.

Under new manager Craig Shakespeare, Leicester won their last three games. The Foxes showed confidence against Sevilla, a team who had clearly dominated their first leg encounter. Goals from Wes Morgan and Marc Albrighton helped secure victory. Goalkeeper Kasper Schmeichel was once again his team’s hero by saving a penalty from Steven N’Zonzi with only 10 minutes to go.

The Leicester manager praised his team’s commitment. He acknowledged that luck was a factor in the win, but is happy his team were prepared to take advantage. “We went in to be competitive but I thought we were immense. We rode our luck at times but the character the players showed was immense and there for everyone to see.”

“These players enjoy pressing from the front. The idea was to try and make it as uncomfortable as we could. We set the game plan out tremendously. Goals change games and Wes gets the first one and puts us in the driver’s seat.”

Claudio Ranieri’s dismissal came as a major shock to the football world.In the previous season he had helmed Leicester’s best ever performance. However, the appointment of Craig Shakespeare has proven to be the drastic change the team has needed. At least for the moment. The players have shown their support for the new manager and have encouraged the club to offer him a long-term deal.

Wes Morgan, Leicester’s captain, talked about the victory which previously had seemed an impossible task.

“Incredible, I can’t quite believe it. We didn’t expect to get this far and here we are.It must be [the greatest night in the club’s history]. I’m not sure it’ll ever happen again but we did it, we proved a lot of people wrong. We pulled off the impossible again,” Morgan told BT Sport.

Leicester will surely be the surprise addition to the list of teams making the Quarterfinal stage of the Champions League. Shakespeare is however confident of his team. The manager believes Leicester has the potential to produce more offsets against Europe’s elite.

“We know there’s going to be some terrific teams, as there was in the previous rounds. Sevilla’s record is there for all to see,” he said. “We might just be the surprise team but we know the quality of teams in there is getting down to the real serious business now.” 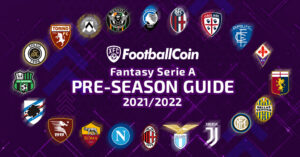