Signup now!
Home » The players with the most matches in European World Cup Qualifiers

We all know about the players that carved a destiny for themselves tournament phase of the FIFA World Cup. Maradona, Pele, Kylian Mbappe are all names with which football fans will be familiar.

But, let’s cast a look at the players that represented their country throughout their career and, most often, never got to enjoy the spoils of reaching the final tournament. These are the players with the most matches played in World Cup Qualifiers, in the European qualifiers, most of them unsung heroes of football.

Remember the name Vitalijs Astafjevs? Probably not, unless you nurtured an incredible love for Latvia’s national team during the 1990s. Vitalijs Astafjevs has played 47 matches in the World Cup Qualifiers, more than any other player. A man who held several international records at one time, the former Bristol Rovers player never qualified for a World Cup. He is, however, we are told, a legend in his native Latvia, especially after captaining the team in the 2004 European Championship where they came against the Netherlands, Germany and the Cezch Republic.

Peter Jehle has, so far, played more minutes in World Cup Qualifiers than any other player in Europe. He made 46 appearances. The fact that he did represent Liechtenstein though means that spoiler-alert, the small European country never qualified for a World Cup. Not even close. With 132 caps to his name and an endless supply of goals incurred, Jehle is a proper hipster football fan’s hero.

One of the few well-known names on the list, Cristiano Ronaldo seems determined to break records everywhere. The Portuguese forward has 45 games played in World Cup Qualifiers, and at the rate that he’s going at 38 years of age, old records may come down soon enough.

Which of your fantasy football stars is on their way to becoming a legend for their national team, and one of the active players in European World Cup Qualifiers? Have your say by making the optimal choices on the FootballCoin market right now. 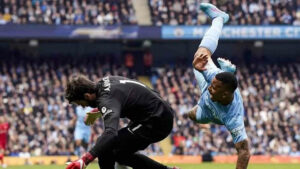