England’s defeat against Belgium in the group stage offered some weak opponents in the knockout stages of the tournament for the English team. The two teams are about to meet again, this time for deciding the third place of the World Cup tournament. Belgium is expected to play with its best starting lineup.

Can you set your winning team in the next FootballCoin contests? Here are some tips, regarding the best free player cards from the England and Belgium teams. 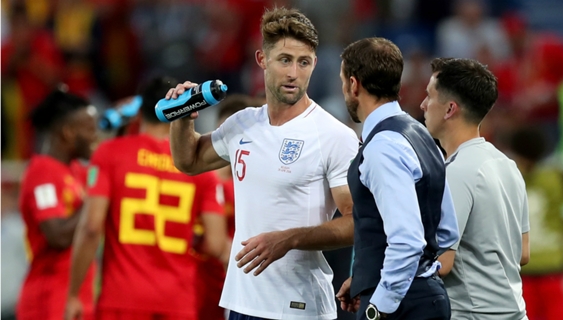 Manchester United, Napoli, Chelsea,… Tianjin Quanjian are some of the clubs which have Belgium players performing for them. Although Witsel’s CV is less impressive than those of his teammates, he was called up for the national team. He was part of the first team for most of the games in this World Cup. His total score is an indicator of his abilities and a sign he should be included on your team.

The PSG defender performed well in the tournament. As a right-back, Meunier contributed to attacks, but also managed to mark famous forwards, like Neymar. He was not part of the first 11 in the semifinals when Belgium lost to France. His absence was felt on the entire performance of the team. Most probably, he will be on the pitch in the game against England.

According to our stats, Trippier was the best England player in their last game. (Sorry, Harry Kane!) His goal from the semifinals, against Croatia, cost the English fans thousand of pounds if you count the litres of beer they threw up in the air, as a celebration.

Trippier had to leave the game, due to an injury, in extra time, and it isn’t likely that he will be back to play against Belgium. Nevertheless, any list of the best English footballers should include the Tottenham defender.

Maguire has one game left to play, before heading back home to England where he will be received as a national hero. Before the tournament he was criticized, almost a symbol for all that was wrong with the team’s lack of results for the past few years. Even so, the Leicester defender had wonderful performances during this tournament, and even scored one goal and one assist in the six games he played.

The 22-year is now seen as a certain part of the national team for future tournaments. Chelsea had borrowed him to Crystal Palace last season, but in his last match in this World Cup, he will part of the first 11. Another good performance could be his pass for a new club next season.

Has this game, for the 3rd position, any stake within the World Cup tournament?

Belgium has never moved past the semifinals. In 1986, they finished in the fourth position. A spot within the first three teams would confirm the outstanding form of the Belgian team and the talent of their generation. A victory against England seems the most plausible result.

This victory would also be a great deal for England, who have never finished higher than the fourth position, except for 1966, when England won the tournament.

Is anything at stake for the FootballCoin managers?

Yes. There are 4 free contests available for the FootballCoin managers. To have more options for your team, we have included both games. We wrap up the World Cup with four free contests and total prizes of over 250 000 XFC. Do you best to find the winning teams. Sign up for the contests and win.