Barcelona play Juventus in Turin tonight and there’s a feeling of deja-vu. The two European giants met in the Champions league final in 2015. Barcelona won that contest 3-1. Juventus keeper Gianluigi Buffon says his team has learnt from the past.

It’s a contest between two of Europe’s biggest sides. However, Barcelona will likely appreciate the Quarterfinals qualification a little more following their unexpected turnaround against PSG. The Spanish side managed an amazing comeback after losing the first leg 4-0, in Paris.

Spanish newspapers are debating what Barcelona’s approach will be in this away game. Most believe Luis Enrique will choose a 4-3-3 formation and ensure primarily that the team does not lose. Juventus is known to be particularly dangerous when playing at home. Other pundits think Enrique will employ a 3-4-3 formation, with 4 midfielders crowding the center of the pitch. Barcelona will be without midfielder Sergio Busquets who is suspended. Rafinha, Vidal  and Turan continue to be out with long term injuries. Juventus will be missing Marko Pjaca who is also injured.

Elsewhere, Juventus want to make another step towards European glory after clearly dominating the Serie A in Italy over the last years. Higuaín and Dybala  are expected to play and fans of the Italian side hope they can outshine Barcelona’s stars. Italian newspapers have talked at length about Dybala’s development and often compared him to Lionel Messi.

The game also will also be special for being Dani Alves‘ first game against Barcelona since departing the team. Although a starting player in one of Barca’s most successful teams, the player did not leave on the best of terms. Alves was critical of the team’s board and questioned their respect for senior players.

Alves has some experience playing against Barcelona from his days at Sevilla. As one of team’s most important players he faced against Barcelona on 13 occasions, winning three games and drawing in five. The Brazilian even managed to score against the Camp Nou side on two occasions.

The 33-year-old talked about the game against his former teammates. “I have to say that I did not feel as comfortable any more at Barca,” Alves told reporters from FIFA’s official web site.

“Things changed at a club level, and as time went on, I always seemed to be the one in the firing line. ‘Dani is the one who has to go,’ they would say. I just got tired of it. I decided to head off in a new direction and find happiness somewhere else.

“It is different but it is a challenge at the same time. It was strange to begin with, but I have always enjoyed a challenge, which is why I decided to make the move.” 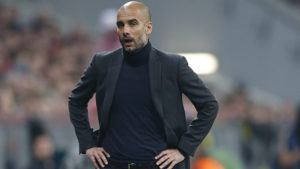