The current champions, the mighty Russian club started the season prepared for a double battle turf both in domestic league and on the highest European scene, the UEFA Champions League.

Malcom came to Zenit to help the team boost their performances in their quest to glory. Unfortunately he is still injured and, the man himself Sergey Semak, the Russian manager of Zenit, who was seen without much confidence and some serious doubt in the moment he took over the club, saw himself with a case similar to Marchisio last season. The star player is injured and cannot help the team. CSKA, Lokomotiv, Krasnodar and surprisingly Rostov all want to claim the throne that Zenit own as champions.

The biggest nation in sports develops into today’s football also. They have invested, organized the FIFA World Cup 2018, brought star players in the Russian Premier League, but Zenit DNA right now is based on work, tactics and team spirit. Osorio and Karavev less known than Malcom, transferred recently at the team helped right from the start.

Changing the formation system 6 times already since July, gravitating mostly around the well known 4-4-2 double 6, Zenit gave a masterclass in Yekaterinburg last weekend playing a 3-1-4-2 after Mammana’s injury, switching from a starting 3-4-1-2 and taking a win with 3-1 over Ural.

A quick reaction to an unfortunate event is what makes the difference and defines a good football manager. The RPL title race has had 7 different leaders throughout the season so far, four sides are tied at the top on 26 points right now: Zenit, Krasnodar, Lokomotiv & Rostov.

It’s not all about money in this race, more important is the manager and his ability to adapt to hard situations and recover the team after defeats, finding the correct position and recipe for the team to move forward and make the right click. That’s a chapter where Zenit’s manager is an ace and the match in Yekaterinburg showed that. Well done Sergey Semak! 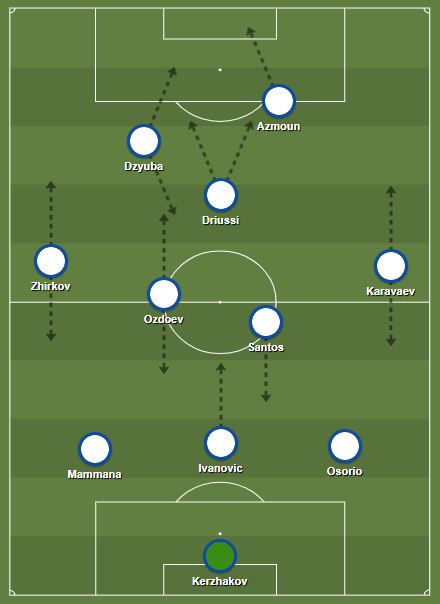 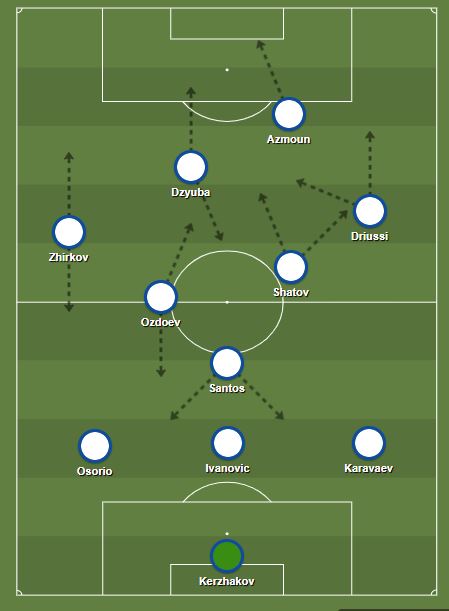 FootballCoin covers all the action this season in Russian Premier League here, and we encourage you to take part in the best football fantasy game that is available to everyone.