Signup now!
Home » Tottenham and Fiorentina are out of the Europa League

Thursday’s second leg of the Round of 32 in the Europa League finished with some notable surprises. Gent scraped a 2-2 draw against Tottenham and knocked the London side out of the tournament.  Elsewhere, Fiorentina lost 4-2 against Borussia Monchengladbach and are also out.

Tottenham, one of this year’s favorites, were confident they could improve on the first leg’s 1-0 defeat against Gent. Mauricio Pochettino’s side played in front of their supporters at Wembley stadium. It started according to plans when Christian Eriksen scored with only 10 minutes played.

However, Gent once again proved they are specialists at difficult away games. (Gent has only lost one away game in Europe this season). Before half-time, Harry Kane scored an own goal that put the Belgian side back in charge. (Strangely it’s Kane’s fourth own goal in the last four seasons for Spurs). It got worse when Dele Alli lost his head and received a straight red card. The horrible tackle on  Brecht Dejaegere left few debating the referee’s decision.

Spurs managed to score again with only 10 men on the pitch. But a late goal by Jeremy Perbet was enough to secure a place in the Round of 16, with a 3-2 win on aggregate for Gent.

Man of the match Christian Eriksen talked to BT Sport after the game:

“We are very disappointed with what we did today and over two games against Gent. They did not have a shot in the first half but still got a goal. We gave it away after getting in front. We weren’t good enough in our finishing or our final pass. Overall, we did what we could. The referee was not on our side either. Even with 10 men we had chances to get the winner. We can blame the ref but we had our chances and we weren’t good enough”

“He is very disappointed and sad,” Pochettino said. “In football, it happens. He knows he made a mistake. Now he tries to move on and improve. In the future we must avoid that situation. It’s difficult. It’s not to justify him but it’s a different action, he was fouled before, it was an action that was a clear foul.”

“That’s not to blame the referee but the action came in very soon, that tackle, and I think he deserved to be sent off. He knows. But that kind of action can always happen. It’s only one and a half years he is playing for Tottenham in the Premier League, all that he achieved in a very short period is because he is special and a special boy. He has unbelievable personality and character. But before that he is a great player.”

“In the same way, he is how he is. He is very passionate to play football and sometimes this action happens. Now it’s time to support him, he is very sad and disappointed in the changing room.”

The Spurs manager added: “It is time for the club and players to improve. It is important for the club to always play European competition, but, for us, it is good to assess the squad and try to improve every season.We are disappointed, but it is good for us to analyse to try to change a few things to improve next season and be a better team”

Elsewhere, Borussia Monchengladbach enjoyed a great turnaround against Fiorentina. The Italian side had won 1-0 in the first leg and with 29 minutes played were leading 2-0. Great display of self belief from Borussia’s captain Lars Stindl saw his side’s fortunes change. Stindl scored a hat-trick in the space of 12 minutes. Andreas Christensen’s header was the fourth goal that had the German side needed go through with 4-3 on aggregate. Paulo Sousa’s coaching job at Fiorentina will be less secure after last night’s surprising loss.

Another notable results was Lyon’s record 7-1 win against AZ. This was the highest number of goals scored by a team in this season of the Europa League. Lyon advance with a very comfortable 11-2 score on aggregate.

Another team surprisingly knocked out of the tournament was Zenit. Zenit won 3-1 against Belgian side Anderlecht. Despite this, a last-minute goal from Kiese Thelin saw Anderlecht go through on away goals after 3-3 on aggregate.

Athletic Bilbao and Shakhtar Donetsk were two other notable casualties after the Round of 32. Manchester United, Roma, Rostov, Besiktas, Ajax, Olympiacos, Copenhagen and Genk all went through to the next round of the competition. 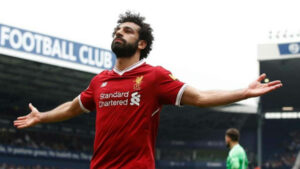