Champions League title holders Real Madrid move through to Semi-finals after a 4-2 victory over Bayern Munich. The occasion will also be remembered for a series of questionable decisions by referee Viktor Kassai.

It was a good display of football at the Santiago Bernabeu with both teams looking like they could qualify. Bayern managed to overturn the 2-1 defeat in the first leg. However, with the game moving into extra-time the Hungarian referee sent off Arturo Vidal after a second yellow card offense. Many were critical of the decision. The balance of the game fell apart shortly afterwards.

The Bayern Munich players felt the red card and other decisions made by the referee directly affected the result. Winger Arjen Robben didn’t mince words and claimed his team were robbed of a victory against Real.

“Yeah, you know in my opinion it’s a shame because you see such a great game. Everyone in the world saw two great teams against each other with great players on the pitch.”

“It was a joy to watch. Then a game like that is being decided by the crucial decisions of a referee. I don’t like talking about referees but you always have to look at yourself and the mistakes you make or what you have done wrong. In this case, it wasn’t one, it’s more and crucial decisions decide games. It was a great advertisement for football and then it’s being decided by someone with a whistle.” 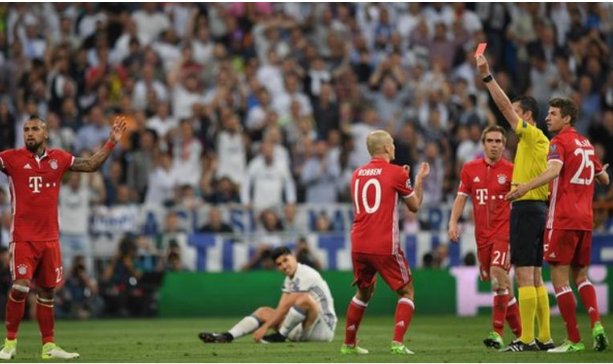 Real won 6-3 on aggregate. While the result makes things clear, the game itself told a different story. Bayern Munich were threatening in front of goal and shortly before Vidal being sent off looked like they could win. Lewandowski and Ronaldo scored the opening goals. Then Thomas Müller forced an error from Sergio Ramos who sent the ball into his own net. Bayern Munich then moved on the offensive against the home side.

With six minutes left to go Arturo Vidal collected his second red card. Things then got easier for Real. With one player off and several others clearly suffering from exhaustion, Bayern Munich crumbled. In extra-time the Madrid side scored three more times. Cristiano Ronaldo’s hattrick brings up his Champions League record to 100 goals. 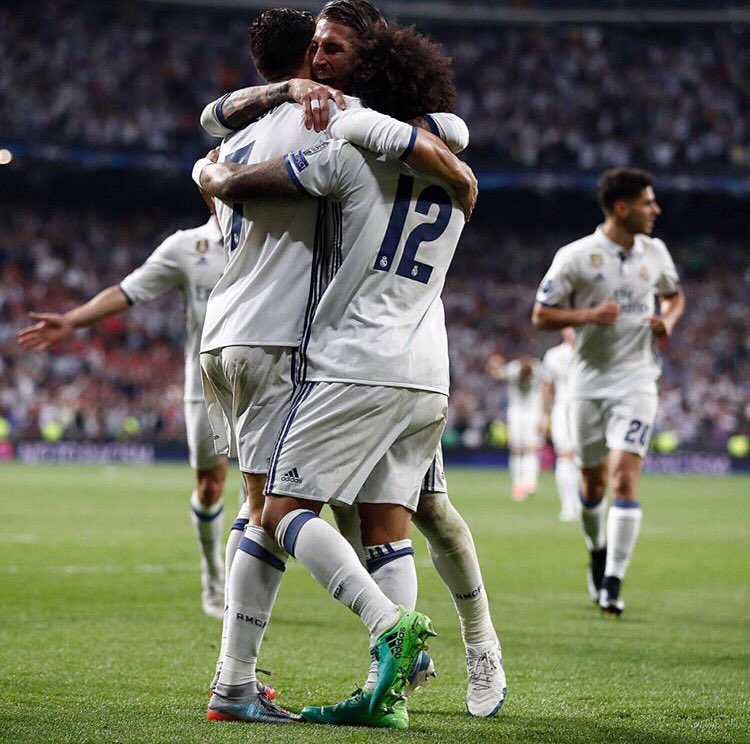 Vidal was firm about his opinion that the referee’s performance caused his side to lose the game. “This robbery cannot happen in the Champions League, it was clearly noticeable and it starts to make you doubt [the game] a bit,” Vidal said.

“We wanted to qualify and this gives us a lot of rage, that a match of such intensity can be decided by the referee. He was very wrong and that has knocked us out of Europe. When they embarrass you in this way it’s very strong and it creates a lot of rage.”