Barcelona won the El Clasico derby away to Real Madrid with a 3-2 scoreline. Lionel Messi dramatically scored the game winner in the 92nd minute. His strike was also his 500th goal for Barcelona.

Barcelona are back in the title race after victory, late in the game, at the Santiago Barnabeu. It was an up and down season for the Camp Nou side. In La Liga Real Madrid dominated for much of the year. However, despite all the setbacks Barca managed to come out on top yesterday and are now tied on points with Real on first place.

It was a game that lived up to expectations, featuring goals, a red card and a highly disputed encounter. Casemiro opened the scoring in the 28th minute, before Messi swiftly drew level five minutes later. Ivan Rakitic scored for Barcelona in the 73 minute. With a red card decision against Sergio Ramos in the 77th minute, it looked like a done deal.

In spite of being down to 10 men, James Rodriguez scored the equalizer in the 85th minute. But just before the final whistle, Messi scored again bringing Barcelona the victory. The goal brought Messi’s tally at Barcelona to 500. Colleagues were quick to congratulate the Argentine. 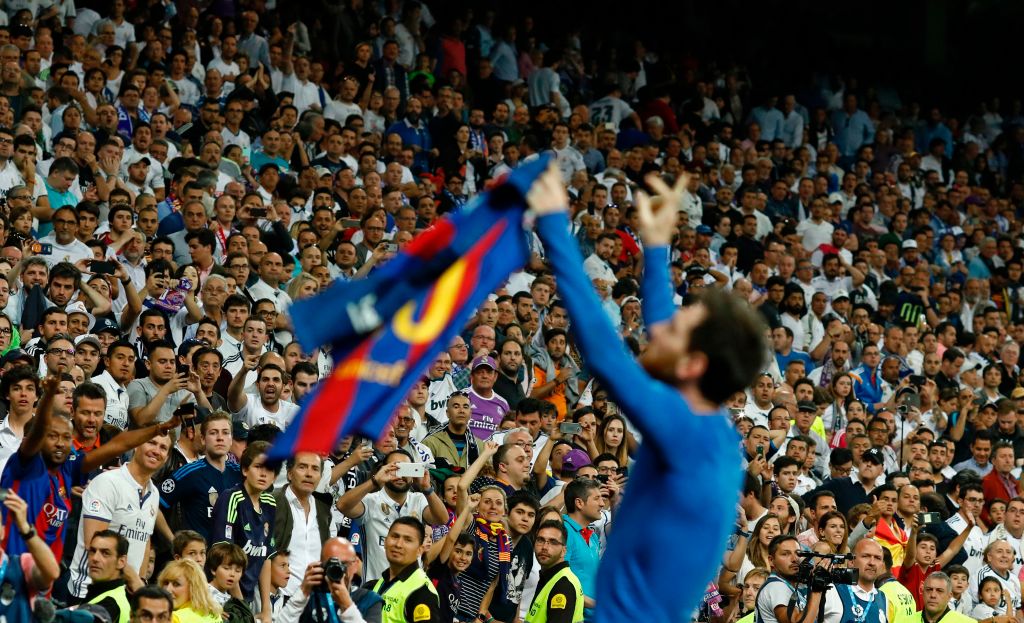 Here’s what it took for Messi to reach 500 Barcelona goals  pic.twitter.com/7MBCBt7wzK

Captain Andres Iniesta praised Messi’s consistently great performances. “I think the true greatness of Leo is that he never ceases to amaze even after so many years,” he said.”It is an honour for the club to have him as he is a blessing.”

Lionel Messi reaches manages the landmark 500th goal and here is a look at how he scored those, where and who was there to set him up for those goals.

HOW HE SCORED THEM

WHERE HE SCORED THEM – Top 5