Real Madrid manager Zinedine Zidane says he expects a great performance from Cristiano Ronaldo against rivals Atletico. Ronaldo scored a hat-trick in the teams’ last meeting at the Vicente Calderon.

Zidane praised the four-time Ballon d’Or winner’s drive and ambition. Ronaldo scored 26 goals for Real Madrid this season in all competitions. Zidane opted to rest the player in Wednesday’s victory against Leganes. However, he is almost certain to start in Saturday’s Madrid derby.

“He knows, as we all do, but even more so Cristiano, that in the big games he is always there,” Zidane spoke to reporters ahead of the game. “I don’t know if it is because he’s accustomed to it, but his ambition makes him want to play well in the big games like every player.”

“That’s what he trains for, he’s been training very well. He’s ready for the final stretch of the season. But not just the big games, any game he plays in he wants to score and be a big player for his team. It’s very positive for everyone, the energy that he generates.”

Zidane says Ronaldo was on board with the decision to be rested in the game against Leganes.  The French manager is known to rest of his team’s most important players ahead of tough fixtures. Real are top of La Liga and will hope to secure their league. Barcelona are trailing two points behind, however Real have a game in hand.

“There’s no special plan. We just speak to Cristiano and that’s it, like we do with all of them,” he said. I speak to all the players about what we’re going to do. It’s important that the players understand what we’re doing. They’re intelligent players, they know my idea and we’re all together.The idea is to get to the end of the season in the best possible physical shape.”

“I think when Cristiano or Gareth [Bale] don’t play we know it’s because there are a lot of games coming up and the other players who are training, I know what they can bring to the team.”

In other news, reporters asked Zidane about rumors that midfielder Isco may be seeking a move to rivals Barcelona. The manager did not confirm these rumors. He merely said all his players will concentrate on the matches ahead. “We are only interested in what’s going on the pitch and what we’re going to do.”

Zidane also talked about James Rodriguez’s recent behaviour. Rodriguez reacted angrily to the manager’s decision to substitute him against Leganes.  “James, I – we all have the same interest. You think we’re going to speak more about this? No, it’s all in the past and that’s it. We’re thinking about tomorrow.” 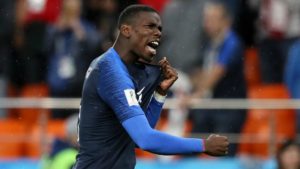