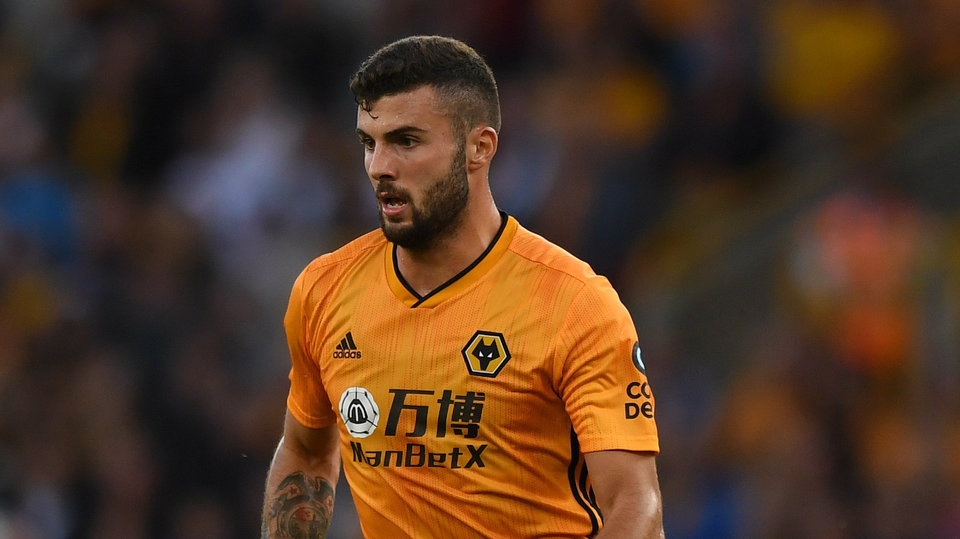 Which strikers to play for Fantasy Premier League? It’s a question we often try to answer here at FootballCoin. But, just as important as who to choose, it’s who to avoid. These strikers have done little with the opportunities they received in the 2018/19 season. Scoring is not everything. This is at least what these forwards must tell their managers.

We’re not prepared to lose hope on Moise Kean just yet. This year has been one of changes. Still, it’s hard not to pick on the 20-year-old for scoring only two goals throughout an entire campaign.

Still, when compared to Cenk Tosun, another high-profile transfer for Everton, Kean has been doing just fine.

Not unlike Kean, Patrick Cutrone was anticipated as one of this season’s breakout stars. Instead, it’s meant a step back from his form in Milan. That, in itself, was not much to write home about. He’s scored twice and was largely relegated to the Wolves’ bench. Since then he has been loaned out to Fiorentina but failed to score.

Still, at 22-years-old, opportunities will still arrive. But, Cutrone will need to catch them when they do.

Borja Baston‘s lone season spent at Aston Villa will be one he will want to forget. The former Atletico and Swansea striker made only two appearances for the newly-promoted side. His place on the list may be partly due to manager Dean Smith’s lack of belief in the forward. However, the downward slope of his goal tally cannot be ignored. Baston needs to get a hold of his career as quickly as he can.

Sturridge is clearly a player of great talent. He also happens to be a great back-up option for Liverpool manager Jurgen Klopp. But, when given the chance to replace Salah or Mane, Sturridge has simply been unable to reel it home. We expect things could change. If they do not and injuries force Sturridge into a starting role, it could end up being as costly as that famous Stevie G.  slip up.

Update December 2019: Sturridge’s time in Liverpool came to an end before the start of the 2019/20 season. Was the one time England international reduced being one of worst premier league strikers? Not really. Still, inspired no doubt by management advice as much as anything, Sturridge has taken the decision to transfer to the Turkish Super Lig, where he plays for Trabzonspor. He hasn’t played much, but he’s managed to score in most games he has been involved in. There’s footballing life in Sturridge yet. 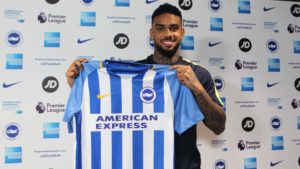 He’s Dutch, playing in the EPL and possess terrific finishing? No, we’re not talking about Bergkamp or Van Nistelrooy. We’re actually signaling out Jürgen Locadia. Brighton must have been just as excited when they transferred the player in 2017. But, this season the Locadia has managed a measly two goals averaging a shot per game. Not exactly thrilling stuff. Or, recommended fantasy football signing.

Update December 2019:Locadia was also transferred as a result of the poor results he had with Brighton in the Premier League. Bad Premier League strikers are not a frequent occurrence. The Dutchman was by no means one of the worst soccer players of 2019. His qualities are certainly there as he has started to prove since joining Bundesliga side, Hoffenheim.

Watching Iheanacho in the 2018 World Cup must have been a delight to Leicester fans. Finally, a striker that could partner, or possibly challenge, Jamie Vardy in the team’s attack. There were talks of a big-money move, but the 2016 EPL champions held firm. It’s a gamble that has not exactly paid out this season. Iheanacho has played most of the games, granted the majority off the bench. He’s scored only once. More often than not, he has seemed like a man on a deserted island, struggling in vain to connect with his teammates. Iheanacho should do better and Leicester need a higher quality offensive. Fantasy football managers best avoid the Nigerian for the time being.

Update December 2019: Iheanacho has just scored Leicester’s winning goal against Everton. Still, the race is not yet won for the Nigerian striker. He’s played very little for the Foxes. Leicester, on the other hand, have enjoyed a terrific start to the season. Let’s hope his recent goal will be the start of an upward trajectory which will force him off of any bad Premier League strikers list.

Picking French striker, Mousset here seems a bit unfair. After all, he only started one match. Yes, but Bournemouth player did enter the field on 20 other occasions. There’s also the matter of his stats, as the FootballCoin data will testify, that justify our claim. Yes, Mousset has scored once, which is more than Leicester’s Okazaki can claim. But, in his 300 minutes on the pitch, he has averaged 0.3 shots on goal, 0.1 key passes, and nearly no dribbles. The less we talk about his overall rating, the better. Simply said, those 300 minutes, were more often than not as if Bournemouth was using only 10 players. This may sound harsh, but 23-year-old Mousset still has time to adapt to the rigors of the EPL.

Update December 2019:  The reputation of Lys Mousset certainly took a beating last season. Some even went as far as to call him the Worst striker in the Premier League. It’s a title, clearly, no player is happy to receive, not even jokingly. But, since then Frenchman has been in incredible form. He has joined the newly-promoted side, Sheffield United. And, just like in a successful Football Manager campaign, Mousset has proved to be something of a wunderkind, scoring 5 goals and assisting 3 times in 11 appearances for Sheffield. Is he one of the worst PL strikers? Absolutely not! In fact, he may develop into one of the very best.

No EPL team is sinking quite as fast as Huddersfield. But, where teams like Fulham may yet benefit from a goal courtesy of A. Mitrovic, Huddersfield seems to be without prayer. No player better exemplifies the futility of the team’s efforts that  Laurent Depoitre, one of the worst Prem strikers right now.

There have been chances for him to prove himself. He’s played 23 games, 10 as a starting player. So far Depoitre has come back empty-handed. The only player with similarly dismal stats is his Huddersfield teammate and fellow striker Isaac Mbenza.

Can’t expect much when two of your strikers score exactly no goals, can you? It’s the reason why Huddersfield have managed the fewest number of goals in the Premier League, a miserable 18. It’s one of the reason, although not the only one, for why the team is heading back to the Championship in a rush, with a brigade of Belgium players more likely to adapt to the second tier of British football.

Update December 2019: Depoitre is another example of a goalless forward being taken off the pay role by his Premier League team. The 30-year-old has joined Gent in the Belgium top tier. This looks to have been a very inspired choice. Angry Huddersfield fans may have been quick to name Depoitre as one of the worst strikers in the world. In the Jupiler League, however, the forward has proved to be a remarkable marksman. He has scored 6 times in 15 appearances, 12 of them as a starter. He has also managed 2 goals in Gent’s Europa League campaign. Not too shabby for one of the worst football players of last season’s Premier League campaign.

Does this change your plans for the Premier League fantasy drafts? If you have a clear idea of whom you want on your team, head on over to the FootballCoin contests page. What’s in it for you? FootballCoin will repay managers with top cryptocurrency prizes. 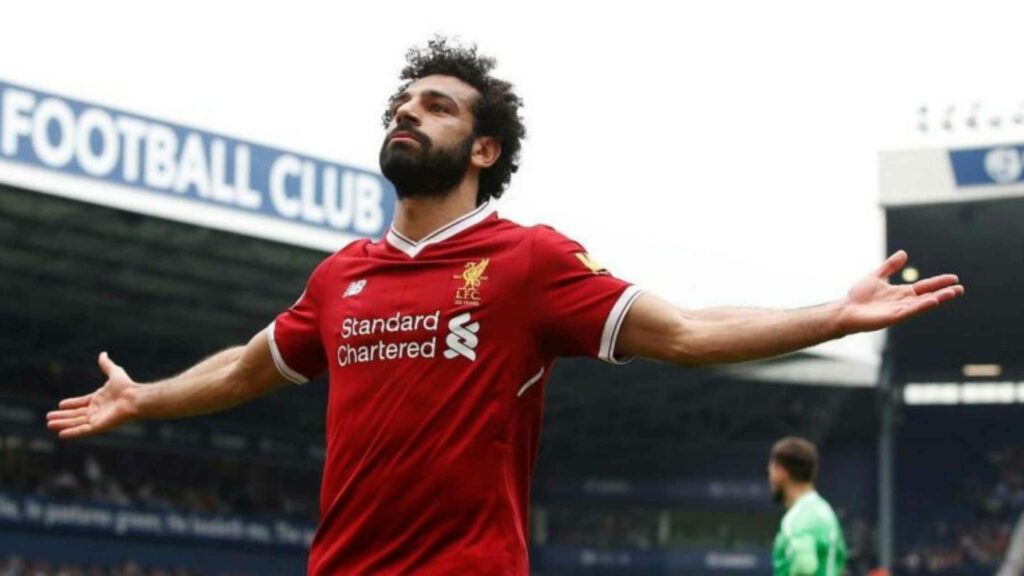 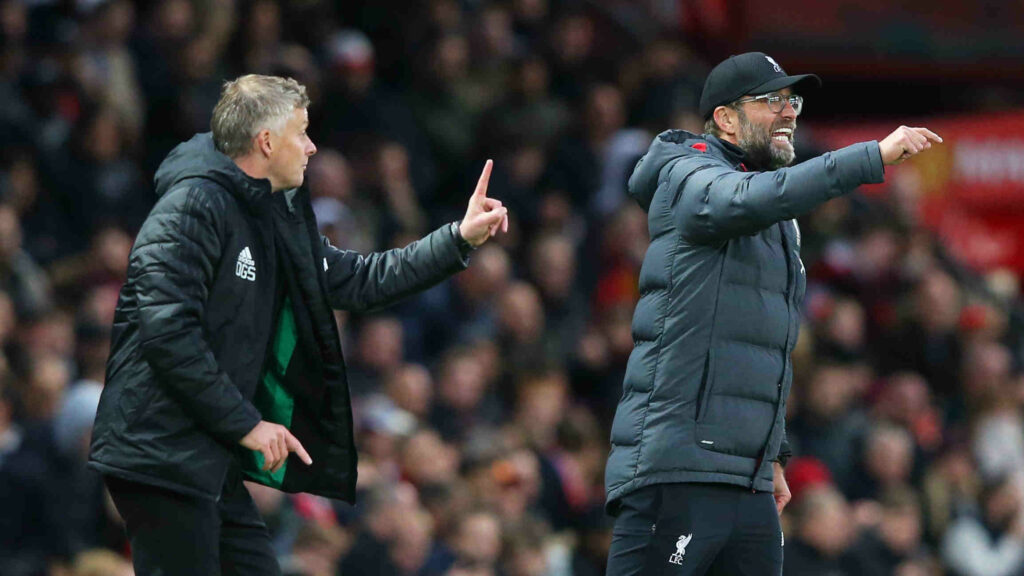 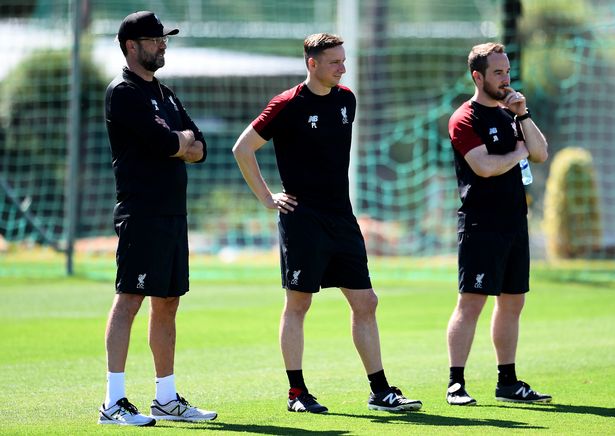