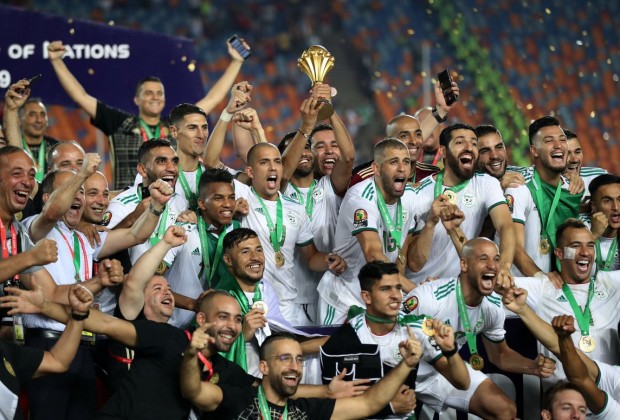 Signup now!
Home » The 3 greatest teams in the African Cup of Nations

The African Cup of Nations has grown tremendously, in every respect, in recent years, as has African football as a whole. High profile African players represent some of the world’s biggest football clubs. Viewership for AFCON has increased with every edition. The quality of football on display is also worthy of praise. Because of all of these, it’s time we take a look at the 3 greatest teams in the history of the African Cup of Nations.

The first edition of AFCON was played in 1957 with only four teams taking part and no qualifiers. Since then, with some exceptions, organizers have attempted to hold the event once every two years. Recently, Algerian star, Riyad Mahrez, has suggested that the competition should be held once every four years and played in the summertime, much like the World Cup.

The African Cup of Nations winners of 2019 may hope to defend their trophy four years from the time they won it, but, for the moment, it looks like the next AFCON tournament is going to be scheduled for 2021.

Organizing the event every two years would certainly have robbed Ghana of a domineering 1960s side. In fact, the Ghanese national team were, in many ways, the first continental superstars. The Black Stars reached the AFCON final in three out of four occasions during the 1960s. Their results during that decade were nothing short of spectacular.

Ghana won the trophy outright four times and ended up with the runners-up medal five times. Great things have happened to the national team recently on a global scale as well. Ghana has now qualified for three consecutive World Cup tournaments, even getting to play in an eventful quarter-final fixture against Uruguay back in 2010.

Cameroon represented, for many global football fans, an introduction into African football with their stellar late 1980s. It was during this time that the Indomitable Lions won two African Cup of Nation trophies.

In 1990 they reached the World Cup Quarter-Finals with, arguably, one of the finest displays on this stage. Roger Milla, the charismatic forward, was the nation’s most famous player. Subsequently, the likes of Samuel Eto’o and Rigobert Song further increased the team’s fame.

Cameroon has since become a mainstay of World Cup tournaments. They have also added three more AFCON distinctions to their trophy cabinet, most recently in 2017.

It’s difficult to properly estimate the influence of Egypt’s national team on African football. While their most recent crop of players, that includes the likes of Mohamed Salah, may be receiving more attention globally than ever before, Egypt‘s success in the AFCON, or Africa Cup as it is sometimes identified, is proof of their football tradition.

In total, the Egyptian national football team has won the trophy a staggering seven times, including the inaugural edition and sit atop of the continent’s standings. They’ve reached the podium every single decade. And, they’ve done a Real Madrid, by winning the coveted trophy on three consecutive occasions.

The Pharaohs are Africa’s most successful football side. And, frankly, there brief three participations in World Cup tournaments do not do Egypt justice. However, with a talented base of players and the role-model leadership of Salah, Egypt is likely to improve upon these records in the years ahead. 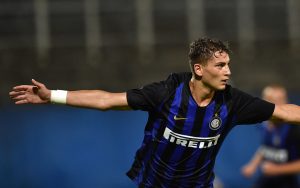