Atletico Madrid manager Diego Simeone admitted he is worried the club will not be able to keep star player Antoine Griezmann. With heavyweights such as Manchester United fighting for the player’s signature, it could be a matter of time before a transfer is completed.

Griezmann has created a reputation as one of Europe’s most consistent forwards. He scored at least 20 goals in each of his last four seasons in La Liga. More recently, he told the press that playing for a higher profile club would be “a dream”. This comes following much speculation regarding a transfer offers from teams such as Manchester United, Barcelona, Real Madrid and Bayern Munich.

However, the Frenchman made his commitment for Atletico Madrid’s near future clear. Atletico has enjoyed terrific results in recent years, even managing to rival giants Real and Barcelona in the Primera Division. The club is currently sitting in a slightly disappointing fourth place, with two points behind Sevilla.

However, the Frenchman made his commitment for Atletico Madrid’s near future clear.

Diego Simeone admitted that the prospect of losing Griezmann is worrying him. “Yes, because there is a termination clause. There is no security.” The release clause is said to be around the  €100 million mark.

Simeone was himself close to leaving the club following their loss in the Champions League final last season. His decision to remain at the club was an important factor in convincing Antoine Griezmann to reject the opportunity of a transfer.

“That’s what he told me – if you stay, I’ll stay,” said Simeone. “And I said yes, how would I not stay? And they began to work with the representatives for everything that had to be signed. And he stayed.”

“And from now on I do not know what can happen. He would never let me tell him to stay. I did not do it with [Diego] Costa or [Radamel] Falcao. To the players who have given me life I accompany them in the decisions that they make. But it is clear that for as long as he stays, the team and the club will continue to grow.”

Happy 26th birthday to Atlético Antoine Griezmann! Where do you rank him among Europe’s strikers? pic.twitter.com/Vlj7jhswVr 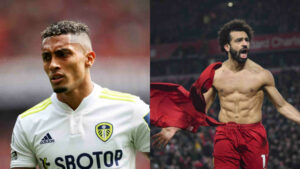