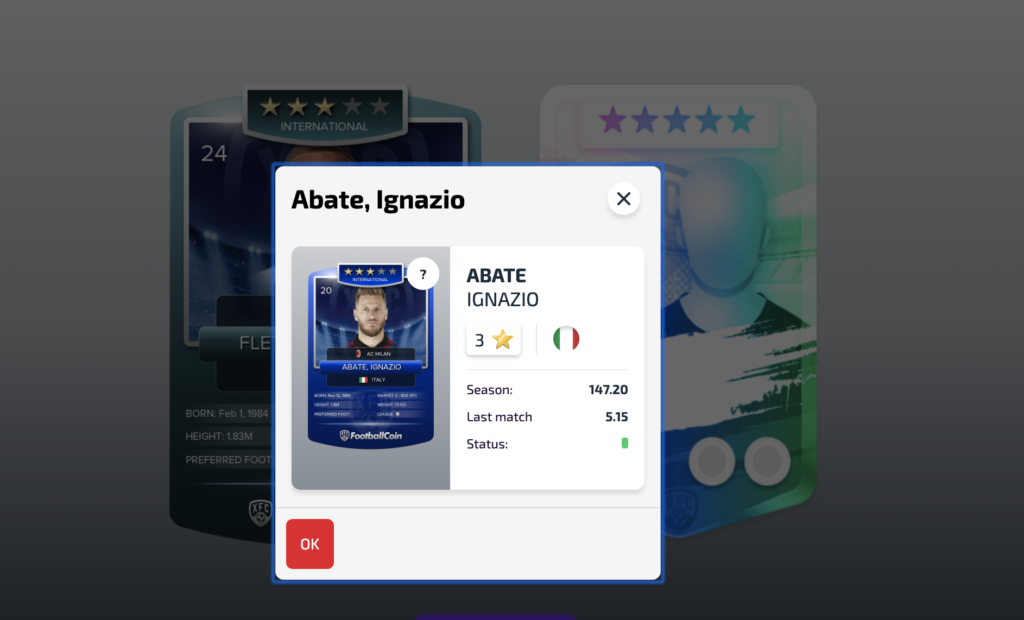 FootballCoin is ready to introduce the leasing system that will guarantee access to top-rated collectible cards to more users than ever before. Let’s take a look at how the newly introduced system works.

How the leasing system works

Any owner of a FootballCoin card will have the option of placing on lease.

Any FootballCoin user will have the option to lease out a card for the price being asked by the card owner. To do this, simply click the Lend option below any of the cards on the market.

When leasing out a player, the owner will need to specify the quantity of cards being leased out, the price at which the card is being leased out and whether this lease will remain in effect for future matches (Recurring).

The Recurring option, when active, tells the system that the card needs to be placed back on the Lease market, once the previous manager who had leased the card has used the card. If the option is marked as active, the card will be returned and will show as active among the users’ assets.

Where to lease cards and the duration of a lease

Organizing a private contest remains one of the best ways to earn XFC cryptocurrency. To organize contests where more than 11 participants can take part, the contest organizer needs to own a stadium card rated 3* or above.

The temporary owner of the stadium card will benefit from receiving a percentage of the entire prize pool as described in the rules regarding stadium cards.