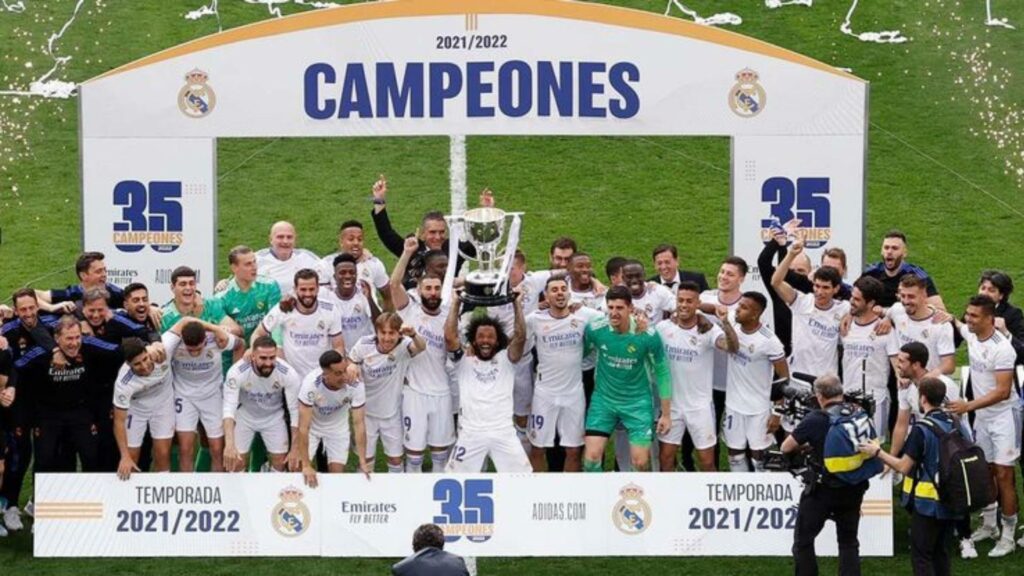 La Liga, for yet another year, looked like a terrific competition that could be won by a number of teams. In the end, however, it was the most famous Spanish club that clinched victory. Real Madrid had a great season. But, that’s not the only story that deserves to be told. The Team of the Season list does a far superior job of relaying the story.

The Team of the Season also shows how Xavi offered FC Barcelona back some of its lost pride. It shows how humble clubs like Espanyol or Cadiz FC can produce players of tremendous talent. It showcases Real Madrid’s greatest assets. And, it tells the story of one of the greatest competitions in world sports.

Who were the best players in La Liga in the 2021/22 season? Who should you have on your fantasy football team for next year? Using FootballCoin stats, we are ready to solve those riddles for you.

There is no way to properly praise Jeremias Ledesma’s incredible achievement. He is the goalkeeper of the season in la Liga, overcoming incredible opposition. He was also one of Cadiz’s finest players in a season that saw them avoid relegation by the narrowest of margins.

Courtois misses on the top accolade. And, judging, by the goalkeeper‘s recent comments, it might be a distinction of importance to him. However, Thibaut Courtois manages to be one of Real Madrid’s best players in a season where they won both La Liga and the Champions League. His name will be written in the history books for certain.

Robin Le Normand returns to our Team of the Season. This year, according to fantasy football stats, he was the finest defender in la Liga. Le Normand‘s skill set helps him be a leader for Sociedad. Few players are as capable on the ball, as strong in the air, or have the ability to influence the team’s attacking intent.

Jordi Alba proved vital for FC Barcelona once more. This time, however, he did it in a season of great changes. Manager Xavi put his faith in the veteran wing-back and it paid off. Alba offered 10 assists this year. Not many players in La Liga made a greater offensive contribution than the tireless defender.

Eder MIlitao really came into his own this season. He needed to do that! It was a season in which Real Madrid, who had parted way with Sergio Ramos and Raphael Varane, introduced a new central defense partnership. Militao was almost always one of half of the duo. It was a trial by fire, but the stats speak for themselves.

Alfonso Espino‘s inclusion among the Team of the Year is significant. In a league filled with superstar players, Espino lets youngsters know that they too can compete at the highest level. Defensively, few players had more to do or were as responsible under pressure as Espino. His tackling, aggressive pressing, and his ability to win aerial duels make him one of the best defenders in the Spanish top tier.

Leandro Cabrera is a player that deserves a nod here. The Uruguayan has often been a goal-saver for Espanyol with his decisive clearances. Certainly not a flashy player, Cabrera is vital for his team nonetheless.

A time will soon come when tales of Villareal’s current team will be told to the team’s future fanbase. In this, the brilliance of Dani Parejo will, no doubt, be mentioned. Parejo provided 10 assists, and 2 goals this season. He is also one of the best players in Europe when it comes to progressing the ball and creating vital chances.

Sergio Busquets, in many ways, remains the archetypical FC Barcelona player. But, the player makes our Team of the Season not based on reputation alone. In terms of passing excellence, simply, there are few across Europe who register better stats.

David Garcia is another player with which fans of fantasy football will be familiar. The midfielder is a hard-working player that is equally as involved in clearing the ball in vital moments as creating important chances for Osasuna.

Toni Kroos is a generational player. This year he added two new La Liga and Champions League trophies to an already incredible cabinet. Kroos remains an incredible passer, a great free-kicker, and a player capable of taking calm, rational decisions that matter the most when Real Madrid finds itself forced to create something special.

Casemiro is part of an already legendary trio alongside the aforementioned Kross and Luka Modric. Together, they have earned every distinction for Real Madrid. And, the Brazilian remains as capable of affecting the game as ever. The Brazilian’s tackling, aerial prowess, and ability to read the game remain supreme. These are the reasons why he deserves a nod on our list.

Junio Vinicius, in 2022, finally became the kind of player that many knew he was capable of being. The Brazilian 21-year-old scored vital goals for Real Madrid and played almost every game of the season. He was a terrific sidekick for Karim Benzema and often took full charge himself. Vinicius ended the game season with 17 goals and 10 assists in La Liga alone. All of these prove that Vinicius Junior is, indeed a leading future candidate for the Ballon d’Or award.

Iker Muniain beats a lot more famous attackers to earn a spot in La Liga’s Team of the Season. It’s his consistency and ability to make himself useful to Athletic Bilbao’s style of play that gets him here. Muniain managed 4 assists and 10 goals this season. However, it’s the full package that includes passes made in the final third, shots on target, and great crosses that get him on our list.

It would feel unfair not to give a mention to Nabil Fekir. In 2022, the Frenchman confirmed that his reputation was not merely created out of hype. In La Liga, he scored 6 goals and assisted 8 for Betis Sevilla. But, he has shown himself as a star player who can also lead by example. Good in the year, a strong passer, and able to contribute to, practically, all of Betis’ attacks, Fekir certainly deserves a nod.

Which of these players were regulars on your fantasy football draft?
Getting ready for a new season? Start scouting and joining every free contest on FootballCoin and you can win real prizes. 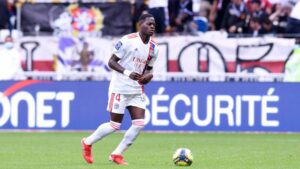 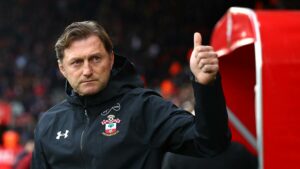 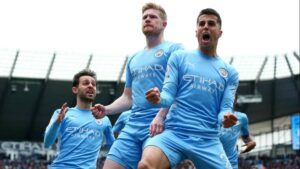