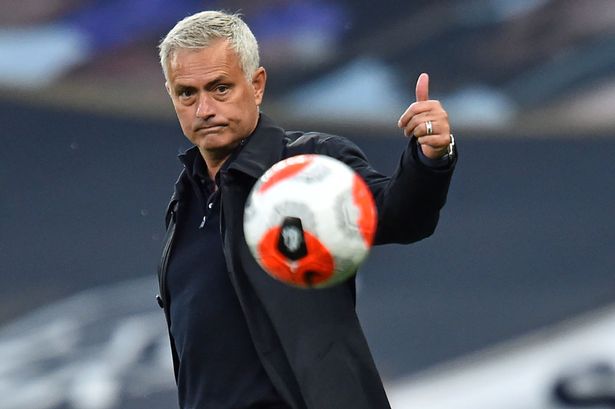 Jose Mourinho’s tactics and his man-management skills have won the biggest trophies in Europe. His personality has gained him a lot of media attention. But, Mourinho’s break from football punditry hasn’t earned Tottenham exactly the results club president, Daniel Levy, may have envisioned. Today we look at the tactics employed by Jose Mourinho since taking over as manager for the Lilywhites.

Mourinho’s tactics for the 2020 EPL restart

Jose Mourinho found himself with nearly a full squad ahead of Tottenham’s match against Manchester United. Spurs’ first game of Project Restart was a typical Mourinho-led display.

Tottenham saw little of the ball but scored on the counter-attack. Mourinho deployed a 4-4-1-1 formation, packing players into the midfield area. Attacks were carried on the left-flank mainly, a sore spot for United. Steven Bergwijn operated between the lines, making use of his superior speed over Luke Shaw and Harry Maguire.

It was much the same against West Ham, albeit against a weaker opponent. Here, seemingly none of the teams desired possession. This left Spurs having to feed vertical passes to Harry Kane. The England striker managed six shots on goal and scored once.

Tottenham used an even more cautions formation, 4-2-3-1. It was a highly physical game. Spurs concede plenty of free kicks and tend to favor short passes in their own half when the result is favorable to them.

Still, Moura, Alli, Kane, and Son are extremely technical players. Their speed and control on the ball can be used to great effect on the counter-attack, which accounts for most of Tottenham’s chances.

Mauricio Pochettino’s dismissal as manager of Tottenham came as a shock to many. Yes, the team’s form had been disappointed. But, only months before the team had made it to the Champions League final. Pochettino had largely built this team. Now he was paying for the standards he had helped set.

Jose Mourinho took over the reins. On paper, it seems like a smart choice. The Special One has won trophies with almost all teams he’s managed. Tottenham’s star has risen in recent years. Still, silverware has eluded them.

Jose Mourinho’s tactics are synonymous with tough defensive maneuvers. Managers like Pep Guardiola and his mentor, Johann Cruyff, propose that their team retain possession as much as possible. The Special One’sphilosophy is different. Having the ball means there are simply more chances of it being lost. Even at Spurs, Mourinho remains ever the pragmatist.

The Portuguese tactician has stuck in his ways. Generally, he has adapted his favourite system, the 4-2-3-1 formation, since joining Tottenham mid-way through the 2019/20 season.

Mourinho’s trophies were usually earned using a 4-3-3 system. Here the inside forwards are asked to drift into the center of the pitch. Two pivots try to mediate the opponents’ counter-attacks. With Chelsea, the system also benefitted from Frank Lampard‘s excellent control on the ball. Lampard was the playmaker that dictated the pacing of Chelsea’s attacks. Jose Mourinho has found himself trying to adapt this tactic with each team he has managed since then.

Mourinho has had two main issues to deal in trying to implement his style:

Mauricio Pochettino established Spurs on a mixture of blood, sweat, tears, and flair. Tottenham was a team that pressed high and held its shape when attacking. This philosophy was maintained even after Tottenham’s sold players of great importance.

Tottenham played with high intensity. Christian Eriksen, Delle Alli, and Tanguy Ndombele were required to provide quick passes through the middle. Strikers Harry Kane and Heung-Min Son would then use their skill to create goal chances.

The 2020 set of instructions has numerous supporters. Mourinho tactics in FM or FIFA are dissected at length online. At the core of them is Tottenham’s choice of passing. The team sits deep, with long passes thrown towards the wingers or the lone striker. Their success normally hinges on the height of the oppositions’ defense line.

This has worked with varying degrees of success. This owed a lot to the injuries of strikers Kane and Son earlier in the season. Their return following the imposed mid-season break certainly helped Spurs immeasurably.

Much of modern football is predicated on teams being able to win back possession as quickly as possible. Cruyff called it the 3-second rule. Pep Guardiola applies this. Jurgen Klopp’s tactics are built upon an almost maniacal counter-pressing mentality. Mauricio Pochettino did the same. His team needed to win the ball high up the pitch and as quickly as possible.

Jose Mourinho, who found himself a manager without a job in early 2020, takes a different approach. Tottenham allows the opposition to hold possession inside the Lillywhites’ own half. However, they try to leave them without passing options by the tight marking of attacking players. This works fine against more rigid teams. But, those that have players able to move into channels, as we saw in Spurs’ games against Chelsea and RB Leipzig, can hurt Mourinho’s team.

Jose Mourinho has a reputation as being a rather stubborn man. However, he is also a serial-winner. This impressive resume was built from the ground up, with little playing experience prior to his management roles.

It may still seem like a forced marriage. But, it is one between two strong entities. Jose Mourinho is not known to stick with any team for long. But, before he leaves, he may win Tottenham some much-hoped-for silverware. 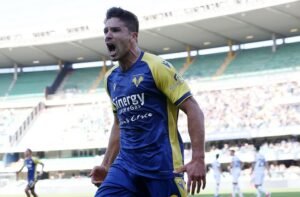 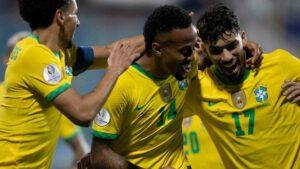