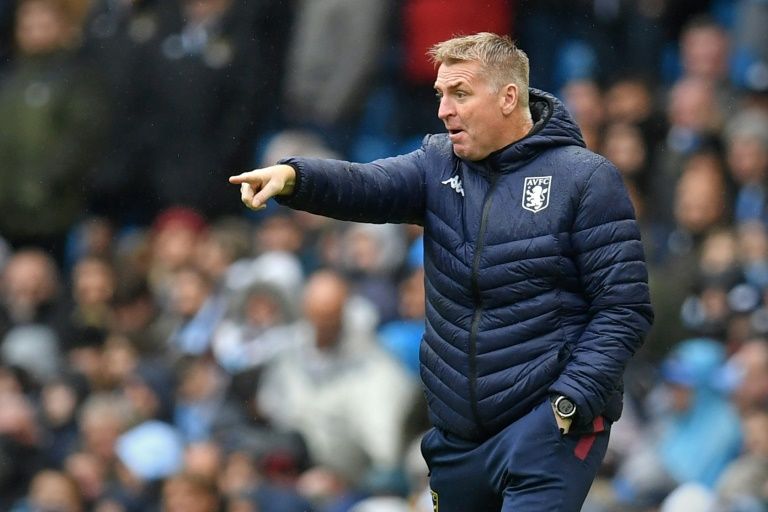 Dean Smith’s Aston Villa is the surprise package of the 2020/21 Premier League season. Sure, at the time of writing we’re only a few weeks into the new campaign. However, considering the fact that Dean Smith’s Villa was a team on the verge of relegation last year, their 7-2 victory over Liverpool is nothing short of amazing. Let’s take a look at the tactics that Dean Smith employs for the 20/21 run.

Dean Smith was a tireless center back during his lengthy career. Known for his work ethic, Smith found employment steadily and easily. His career, however, was spent, mainly, in the lower leagues of English football. Walsall, Leyton Orient, and Sheffield Wednesday are some of the clubs that signed him as a player.

After retiring in 2005, Dean Smith began studying the craft of management. He returned to Walsall in 2009, first as a youth coach, later as the all-around manager. Next, he managed Brentford, before signing on as manager of Aston Villa in 2018.

Prior to becoming a Premier League manager, Dean Smith carved a reputation as a man unafraid of responsibility. Frequent squad changes, numerous transfer dealings, and a focus on attack-minded football are part of Smith’s reputation.

Dean Smith is praised, especially, for his man-management skills. Reports on Aston Villa suggest that the manager is known to focus on building morale. He will have frequent head-to-head talks with his players, and encourage that his squad members build friendships off the pitch.

Smith explains that his football philosophy is built around the idea of retaining possession. Once the ball is lost, players scramble to win it back. Tough pressing is strengthened by players looking to cut out passing avenues for the opposition. Overall, Smith’s teams look to be the more hard-working team on any given day.

Furthermore, Dean Smith, like many fellow EPL managers, is obsessed with details. His careful planning and scouting are partly to account for Villa’s change of fortunes.

This is also reflected in the team’s transfer dealings. Aston Villa F.C. barely escaped relegation in the autumn of 2020. The transfer window brought changes to the team. Smith spent €82.35m on transfers. The likes of Ollie Watkins, Bertrand Traore, and Matty Cash joined the Villans on transfer. Ross Barkley joined as a loanee from Chelsea.

Aston Villa F.C. was able to make a few powerful changes from last season. A lot of this was due to the club’s involvement in the transfer market. Ross Barkley, especially, had a tremendous impact, especially in the historic 7-2 victory over Liverpool. The midfielder was able to play between the lines, constantly keeping the Reds’ defense on edge. Furthermore, his pressing masterclass meant that the opposition could not build from the back as they would have liked.

Villa plays a tireless game, built on high pressing. Trezeguet and Ollie Watkins assist Barkley and Jack Grealish in hassling defenders. This leaves opponents having to rifle long balls or to play more rigidly. When this happens, midfielders John McGinn and Douglas Luiz drop-down, looking to eliminate any space left between the lines.

Aston Villa’s 7-2 victory over Liverpool was one for the history books. While such success in a single game is unlikely to happen again for Dean Smith, his methods are worth analyzing.

Ross Barkley, as mentioned, was the player that disturbed Liverpool’s set-up the most. His consistent ability to find space left Jack Grealish and Trezeguet ample space on the wings. Grealish’s technique and speed were put to great use. Goalkeeper Adrian was left stunned with the ease with which Villa’s number 10, and Ollie Watkins found themselves in scoring opportunities.

Later, Aston Villa profited from the space left on the wings. In this case, Robertson and Alexander-Arnold‘s attacking efforts left massive gaps in the defense. Jack Grealish sensed this and carved Liverpool open on many occasions.

Dean Smith’s first line of defense is his attack. The forwards work tirelessly to deny opposition defenders the chance to play from the back. Furthermore, Villa’s two pivots, Luiz and McGinn look to cut out through-passes and quickly recycle possession.

Aston Villa plays a classic back-four. The addition of Nottingham Forest’s Matty Cash to the squad is particularly exciting to see. The right-backs pace, crossing, and positioning may prove great assets.

What does the future hold for Dean Smith and Aston Villa

Dean Smith must know how quickly fortune changes in the EPL. Only weeks ago, Aston Villa avoided relegation, seemingly by a miracle. Now, they are one of the most difficult to play against teams in the league.

Regardless of the end result, Dean Smith was able to build something great for Villa. It took time, transfers and the unbridled trust of his players, but the Villains are one of the most exciting English teams to watch in the 2020/2021 season.

Dean Smith’s tactics at Aston Villa. What went right, and where did it go wrong?