The Trent-Alexander Arnold stats that prove he may be the world’s best right-back. 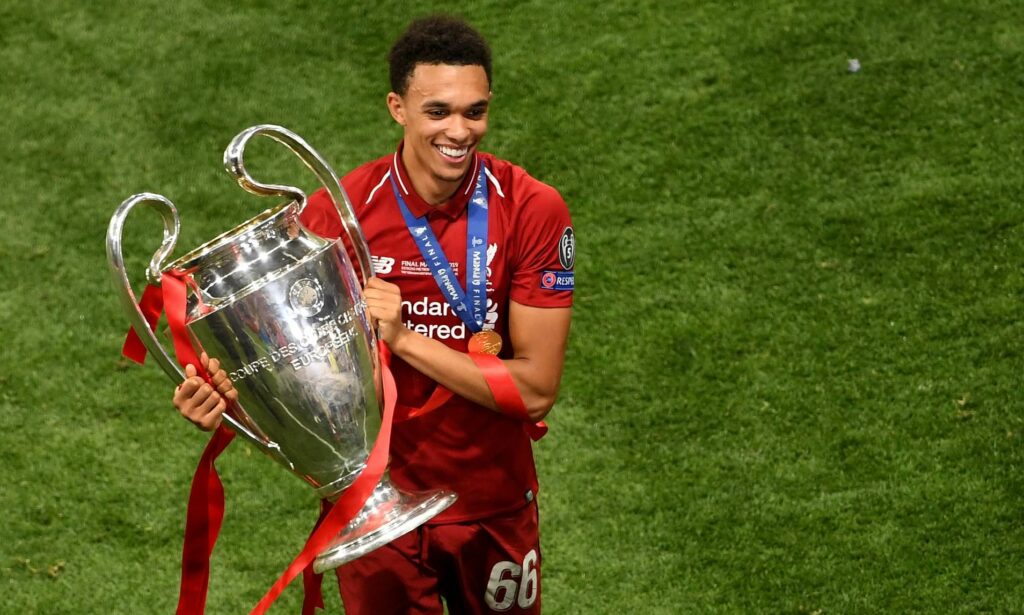 Trent Alexander-Arnold is on a steady trajectory towards football’s history books. A modern-day right-back, capable of both defensive businesses, as well as attacking flair, the 21-year-old may just be the best player in his position today. Here are some of the stats that back our theory.

The role of the modern full-back is a complex one. Not only are these players expected to provide defensive cover. They are also supposed to take on the role of a winger when the team needs it. Arnold can play both as a full-back and wing-back (without any extra support on the wing).

The full-back is expected to contribute to the attacking phase. Perhaps no other player has been able to do this better than Liverpool’s right back. This season he has, so far, managed 13 assists. Only Kevin de Bruyne has managed more, and Andrew Robertson is the only other defender with similar stats.

Compare this to Thomas Meunier‘s record in Ligue 1. Meunier is certainly one of the best right-backs in the world. He has contributed only 2 assists this season. Real Madrid’s Daniel Carvajal has managed 5 assists.

Arnold’s passes in the final third

The age-old wisdom dictates that defenders are to get rid of the ball as quickly as they get it. This decreases the likelihood of a blunder. Trent-Alexander Arnold is, however, confident on the ball.

Not only that, but many of his passes are in the final third, and a lot of them are decisive ones. Arnold has made 59 passes in the final 3rd and 7 passes inside the box.

Few only can rival him in this respect. Carvajal has made slightly more passes in the box, while Benjamin Pavard creates more big chances for Bayern Munchen in the Bundesliga.

The number of goals Arnold scores

Liverpool is a team that tries to optimize every aspect of their game, from their shots on goal to their data predictions. Everyone knows that the likes of Salah and Mane can score. But, the fact that the Reds get a steady stream of goals and assists from Robertson and Arnold every season, has surely given them the edge.

Trent Alexander-Arnold scored only 4 goals in the EPL this season. This is true. But, he has recorded 1.2 shots on goal this campaign. Last season he managed 1 shot on goal per game. Yes, while 4 goals is not too shabby for a defender, we can easily expect Arnold to improve in this respect too.

Carvajal scored one goal this year, as did Kyle Walker. Pavard didn’t manage any goals.

Gold speaks much louder than words. At only 21 years of age, the Liverpool native has achieved more than many star players throughout their career. He’s won the Champions League and Premier League trophies with Liverpool. He’s also managed to reach another UCL final and win the UEFA Super Cup and Club World Cup with the Reds. Besides this, he has received numerous individual accolades, including a 2019 nomination for the Ballon d’Or.

Trent Alexander-Arnold is. for the moment, a 3* player in FootballCoin. He is, however, the best scoring player in the Premier League this season. He, along with his Liverpool teammates remain features of the game, allowing managers to create their ultimate fantasy draft.