There are few things more important for the native England supporters that the occasion in which their favorite team takes on their fiercest rivals. Here are 5 of the biggest football rivalries that have lasted until 2019. Which ones are you keeping an eye on for your fantasy football draft?

This is, of course, one of the biggest games in English football. And, for good reason. Much of modern football was, at one stage, dominated by either Liverpool or Manchester United. In fact, much of the animosity may stem from the fact that these are the two most successful clubs across Great Britain.

The ill-feelings one team had had for the other was hardly a secret. Legendary manager Sir Alex Ferguson even went on record as saying that “My greatest challenge is not what’s happening at the moment, my greatest challenge was knocking Liverpool right off their f… perch.”

The standings have changed in recent years. Liverpool players are more often picked in football drafts. Jurgen Klopp has started delivering trophies. But, the fight has hardly softened, making this one of the biggest football rivalries today.

Few people take football as seriously as the Brits. After all, they invented the all-conquering sporting spectacle. Portsmouth against Southampton remains one of the most fiercely disputed English football derbies. In fact, a recent poll conducted by the BBC named this the biggest rivalry in English football. According to the same report, the bitterness may have historical roots. Allegedly, after the Titanic ship sank in 1912, sailors from Southampton were unable to board the Olympic, the Titanic’s sister ship, because of a shortage of lifeboats. The legendary boats were, of course, built back in Portsmouth.

Nowadays, the teams have fewer chances of actually playing one another unless it is in either the FA Cup or Carabao Cup. Southampton is a struggling Prem side. Portsmouth, at the moment, is playing in League One. 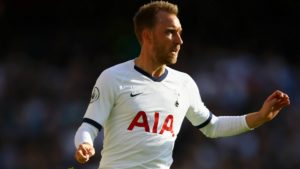 It’s not the only important London derby. But, in our opinion, it is a match that has produced some outstanding performances in recent years. At its best, the North London derby is a match between two title-challengers. At its worst, the added excitement has been known to turn violent.

The North London derby has been played since 1887. But, it was Arsenal’s move to the Northern part of the city in 1913 that truly started it. In many ways, the match still represents one of the biggest football derbies in the world. Numerous high-profile players have left their mark on the set of matches, among them Thierry Henry, Gareth Bale or Patrick Vieira. Still, it’s a modern player, Harry Kane, ready to etch his name in the record book.s The England striker has managed to find the 10 times in the derby and is currently tied with Emmanuel Adebayor, the Togolese who played for both clubs, as the top scorer in the famous match.

Newcastle vs. Sunderland – The Tyne-Wear derby 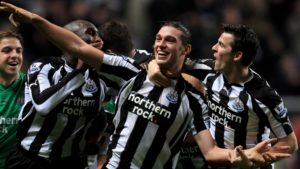 The Tyne-Wear derby is a closely fought affair. Throughout history, the game has finished in a draw 50 times, while both clubs have won it 53 times each. Players who have been involved have called it one of the biggest football derbies in Europe.

The desire for victory may well go beyond mere sporting achievement. The anecdote goes that the rivalry stems back to the days of the English Civil War and of the Jacobite risings. The last time the teams have faced each other in the EPL was back in 2016. Since then Sunderland has faced turbulent times and is currently playing in League One. Newcastle, while far from a football powerhouse these days, has fared slightly better and is still playing in the Premier League, albeit facing an uncertain future. 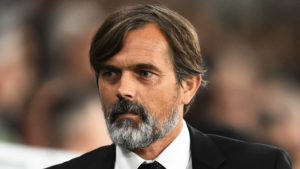 It’s called the East Midlands Derby. If you don’t know your football history you may be forgiven for thinking it’s a game between two lower-tier opponents. But, once these clubs dominated England and the world. Nottingham and Derby have one manager in common, the great Brian Clough.

The match is part of the unofficial football derbies calendar. And, for both clubs, it is perhaps the highlight of the competitive year. Both clubs’ fortunes have gone into decline in recent decades. They now share the rivalry in the Championship. Yet, Nottingham Forest vs. Derby County remains one of the closest fought football derbies in the UK. And, their fans continue to dream of one day watching the game take place in the Prem.

Which derby do you follow the closest in fantasy football contests? Who do you include in your fantasy draft ahead of important matches? Have your say by heading over to FootballCoin, creating your ideal draft and winning important cryptocurrency prizes.