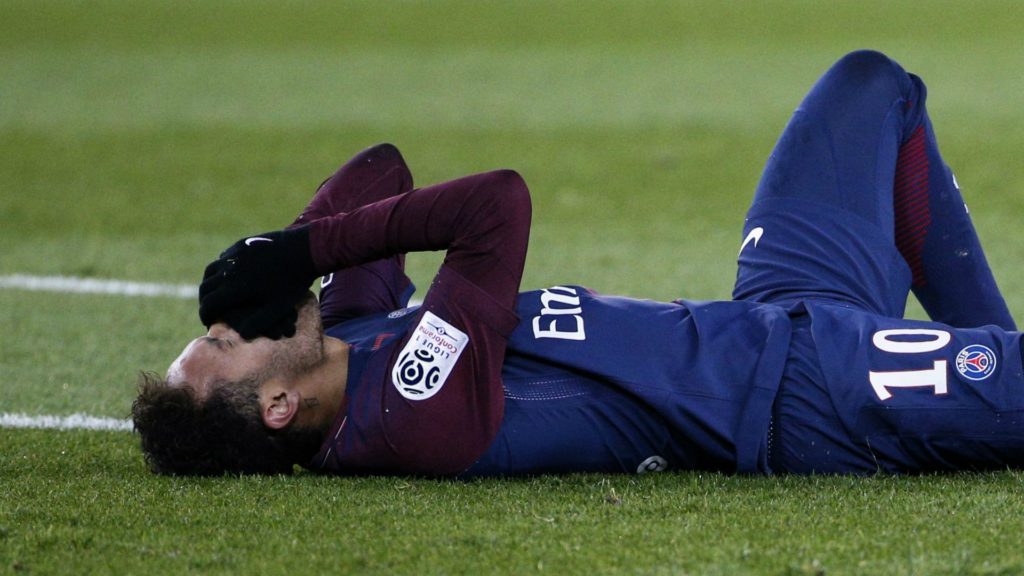 Signup now!
Home » Zidane hoping Neymar injury will not have him miss game against Real

Neymar’s recent injury is likely to keep the Brazilian sidelined when PSG face Real Madrid. However, opposition manager Zinedine Zidane is not one to celebrate his opponents’ misfortune.

Serious injury for Neymar against OM

It’s certainly bad luck for PSG. Last summer, the Ligue 1 side, prepared the largest transfer sum in the history of football for Neymar, then playing for FC Barcelona. There were two main goals. One was to boost the team’s image, which was accomplished. The second, was to once and for all make PSG a real contender for the Champions League trophy. 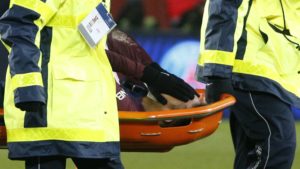 The Round of 16 brought PSG playing against current title holders Real Madrid. The French side lost the first leg 3-1. The second match is to be played in Paris on March 6th. But the Ligue 1 team’s most famous player is unlikely to start.

Neymar suffered a fractured foot in his team’s victory over Olympique Marseille. There was a collective sigh in the Parc des Princes as the tearful 26-year-old was carried off the field on a stretcher. The forward was at the center of an unusually high number of fouls against him. Neymar had been fouled eight times before being taken off the field.

Tests confirm that @neymarjr sprained his right ankle and cracked his fifth metatarsal during Sunday's match vs. Marseille.

PSG manager Unai Emery was optimistic about Neymar’s recovery ahead of the important Champions League second leg. “We’re going to do some extra medical tests. We’re optimistic. For his participation in the match against Real, if I had to say yes or no, I would say yes.”

With PSG’s top player out for the game, it looks like it will be a formality for Real Madrid to make sure of qualification. But Real manager Zinedine Zidane hopes to face PSG at their best, with Neymar available for selection.

“No, I don’t like it when players get injured. I’m not happy if Neymar is injured. Hopefully, he can play. I’m never going to want an opposing player to get injured,” Zidane told reporters ahead of the game.

“I do not think it influences next week’s game. There will always be a player who plays if it’s not him. I did not like it when he got injured, I was watching the game. I don’t think everything revolves around Neymar, but I hope it’s nothing serious.” 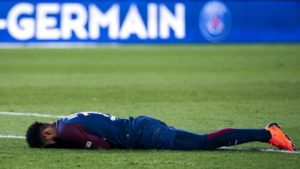 Some were suspicious of Neymar’s prospect for success at the Parisian club. However, statistics show that the Brazilian forward has been crucial to his team’s success. Neymar has scored 29 goals and provided 17 assists in only 32 games. PSG certainly have a stellar squad at the disposal, but the 26-year-old has never been a player that can easily be replaced.

All Champions League second leg games are hosted in FootballCoin contests. Join for a chance to win significant crypto rewards. Registration and playing is free and FotballCoin is looking to reward the managers with the highest knowledge about the beautiful game.