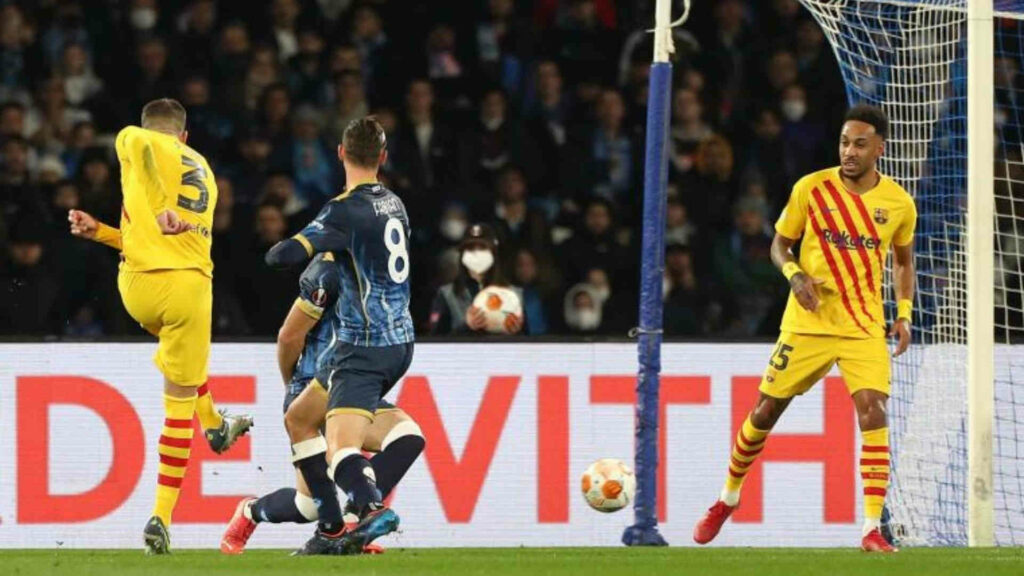 Signup now!
Home » Who Are the Favourites to Win Europa League in 2022?

The Europa League brand is growing. It is what UEFA had hoped when setting up the second international competition in Europe.

Now, in the Quarter-Finals of 2022’s UEL, football fans are treated to matches between some undeniably great teams. Best of all, each of these clubs looks intent on winning the competition.

But, who will end up taking home the Europa League trophy?

Let’s look at who’s left and, according to FootballCoin data, who has the best chance of winning

Yes, Barcelona is the heaviest of heavyweights in the Europa League. The seriousness with which they’ve approached the competition has only helped the UEL brand.

Xavi’s Barca has everyone going for them at this moment. They defeated Napoli in the previous round. Barca trampled over Real Madrid in El Clasico. And, all of their young stars are growing into their own.

The last time around they drew against Eintracht Frankfurt. Now the Germans have to face the Catalan crowds.

Barcelona are the clear favorites to win the Europa League. Victory in 2022 could set up the team for even greater things in the years ahead.

Gian Piero Gasperini has turned Atalanta into an Italian powerhouse. Moreover, the Serie A side has become a frequent European contestant. All that is left is an important trophy.

The Europa League is a priority for Atalanta. It would help the squad properly celebrate their recent 4-5 years. It could also help create something of a dynasty.

At their best, Atalanta has the technical and tactical ability to go against any team. RB Leipzig is a worthy rival in the Quarter-Finals. However, the Italians have a better squad and a better season overall. Missing out on their status as favorites would be a great loss for Gasperini and his players.

Olympique Lyon, a club looking to confirm their vision

Lyon, like Atalanta, needs to win the Europa League as a means to legitimize their project. The French club has been on the cusp of greatness for years. They’ve provided players to some of Europe’s elite squads. An, they’ve given PSG, at times, a serious rivalry in Ligue 1.

At their very best, Lyon can go against any European opponent. It is true that their season in Ligue 1 has been, mostly, a disappointment.

This is part of the reason why they need a victory against West Ham. With Peter Bosz’s tactical knowledge and Lyon’s squad, they are certainly among the favorites for the Europa League in 2022.

What does your Europa League team look like? Showcase your skill in FootballCoin and win cryptocurrency prizes daily.