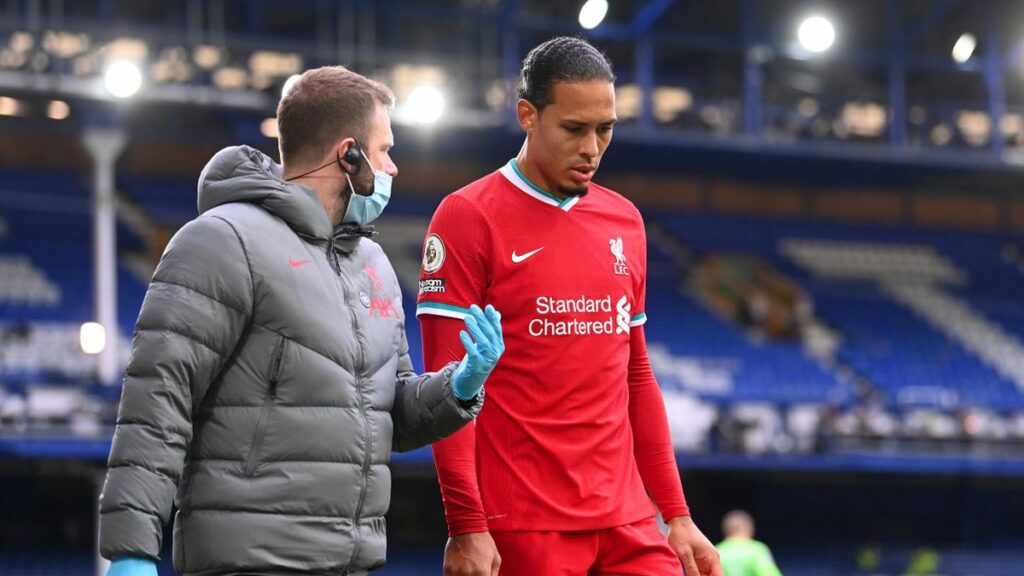 Virgil van Dijk’s injury came down as a lightning bolt for Liverpool and for the Premier League as a whole. The Dutch defender is, perhaps, the Reds’ most influential player after all. Here’s what this will mean for the player and for your fantasy football draft.

Virgil van Dijk sustained the injury in the game against Liverpool’s local rival, Everton. It came as a result of a dangerous tackle by goalkeeper Jordan Pickford.

While some saw the event as an accident, other were not as forgiving. Graeme Souness referenced the tackle as an assault. In spite of widespread criticism, the FA has confirmed they will not take further action against the England goalkeeper.

There is no official word on how much the defender is expected to miss. Van Dijk has revealed he remains confident of his chances of returning quickly back to the field. Others, like Jamie Carragher, anticipate that the talismanic defender could be out for the entirety of the season.

Who will you replace Virgil van Dijk with in fantasy football?

Virgil van Dijk is a defender the likes of which has rarely been seen in the Premier League. The Dutchman played nearly every game since joining Liverpool. His tackles, marking and ball-playing abilities have helped Jurgen Klopp’s side to win the EPL, Champions League, and a host of other awards.

While it is difficult to find a proper replacement, here are three players you may want to consider for your fantasy draft:

Caglar Soyuncu – The Turkish center-back was in exceptional form last season for Leicester City. While the player is currently injured, he should be an excellent option for your draft once he returns.

Harry Maguire – Maguire had a terrible October 2020 for both Manchester United and the England national team. The worst seems behind him though. Not as dependable as Van Dijk, but an interesting center-back option nonetheless.

Ruben Dias – Manchester City’s hopes of winning back the Prem could largely hinge on the performances of Dias. The Portuguese was brought in by Guardiola with the purpose of encouraging some defensive discipline and this is what he has been able to do so far.