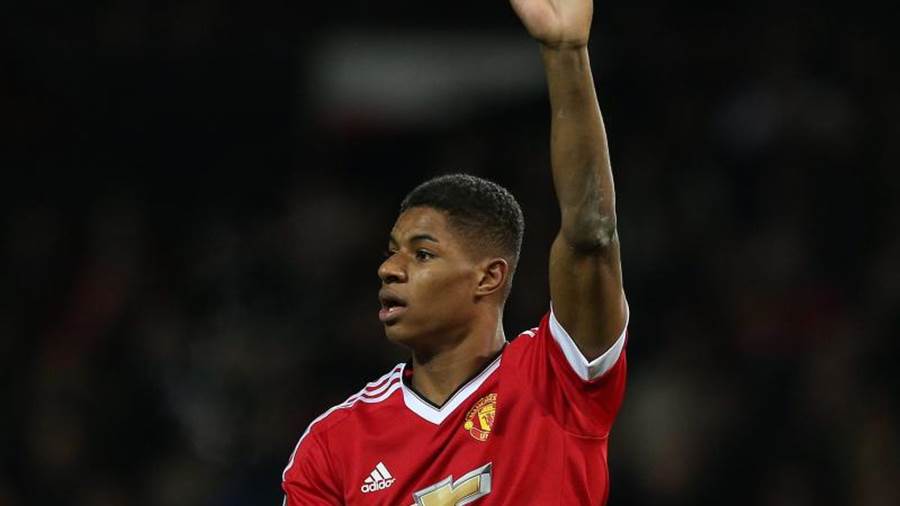 Man United wins against Chelsea as Tottenham waits in the wings

Manchester United won 2-0 against leaders Chelsea at Old Trafford. The Premier League title is once again up for grabs, as the difference between Chelsea and Tottenham has decreased to only four points.

Jose Mourinho faced his former team once more. Despite the injuries, rested players and disappointing recent results, the manager found the winning strategy for this one. Manchester won dominance over possession early on. Mourinho opted to start the game with 5 midfielders. Chelsea’s formation, which has proved sturdy throughout the season, crumbled under the pressure.

Marcus Rashford scored the opening goal in only the seventh minute, leaving Antonio Conte having to change his game plan early on. Rashford and Jesse Lingard were given the tasks of heading United’s attack. While not very efficient this season, one cannot argue with today’s results.  Zlatan Ibrahimovic, United’s most succesful forward, was rested and only came on as a substitute.

Central midfielder Ander Herrera made it 2-0 shortly after half time. United then held on to the result, as Chelsea’s attacking trident of Hazard, Costa and Pedro desperately looked for a goal. However, Man United’s defenders displayed confidence throughout. There were no emberassing blunders in this one. Perhaps this it is the benefit of added experience.

It was Mourinho who announced before the game he would be resting some of his players. He nominated defenders Marcos Rojo and Eric Bailly as some of the players suffering from fatigue and who were likely to be left on the bench. This either proved to be a well tested mind-game tactic from Mourinho, or the manager simply decided to take a risk and started the players from the first whistle. It will be interesting to see what the starting 11 will look like against Anderlecht in their second leg Europa League encounter. 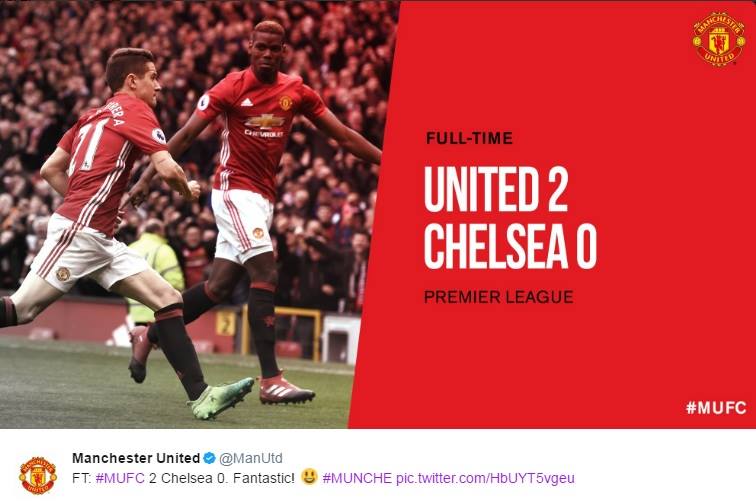 Chelsea leaves Old Trafford wondering if this is the place where it all goes wrong for them. The London side dominated most of the season and there were few who doubted they would win the Premier League. However, the side was recently wasteful with points, while second place Tottenham consistently won their encounters. Tottenham’s manager Mauricio Pochettino warned Chelsea that if they were to slip up, his side would be more than  ready to take advantage. It looks like, with six games remaining, they could get their chance.

United remain in close pursuit of their objective for a top four finish. They will either have to accomplish this or win the Europa League trophy to ensure qualification to next season’s Champions League. Both of these seem realistic targets. But it is true that anticipating Manchester United results this season has been an almost impossible task. It’s likely to remain this way.