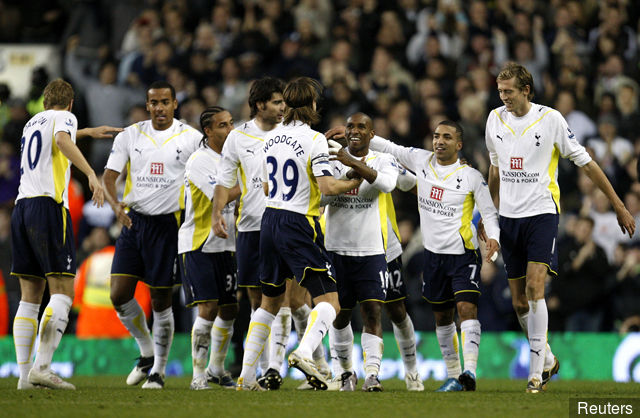 A lot has been made of Tottenham’s colossal improvement in recent years, as well as of their dip in form during the current campaign. But, how much of this is true? Let’s compare the fantasy football stats of the 2010 Tottenham squad versus their team today.

Yea, the 2009/2010 season was the start of Tottenham’s rise as a card-carrying member of the so-called Big-Six clubs. (These are six clubs that have largely dominated British football, and sometimes European competitions, over the course of the last decade.) Spurs finished 4th in 2010, better then they had ever done in the modern Premier League history.

By contrast, in 2020, at the season’s hiatus, Tottenham were in 8th place. Improvements have been made over the first part of the season, yet the club is clearly some way off their newly acquired status of Champions League finalists. Then again, pundits will point to Tottenham’s decrease in terms of EPL results starting with last season.

It’s all about the goals, right? After all, Spurs has produced some of the biggest attacking talents in European football over the last decade. Harry Kane, Son Heung-Min, Gareth Bale have all scored important goals for the Londoners.

During the 2009/2010 campaign, Tottenham managed to score 67 goals. The seemingly never aging Jermain Defoe was their top scorer, with 18 goals. Peter Crouch also managed to net 8. Robbie Keane was entering his period of decline but still managed 6 goals, while Gareth Bale and Luka Modric both scored 3 times. Even bit-players like Eiður Guðjohnsen could be depended on to score the odd goal.

In 2019/20 the goalscoring situation is dire, mainly due to the squad’s injury concerns. Still, Harry Kane, arguably the Premier League’s best striker, has scored 11 times, despite numerous medical problems. The same goes for Son who has scored 9 goals this season. Dele Alli’s resurgence has taken him to 8 goals, while Lucas Moura has managed only 4.

The 2010 version of Spurs may not have benefited from talismanic goalscorer quite on par with the likes of Harry Kane. But, their squad did include 5-6 players capable of putting the goals away for Spurs. It’s this consistency that helped them to fourth place in 2010.

In 2009/2019 only 41 goals were scored against Tottenham. The team’s main man between the sticks was the Brazilian player Heurelho Gomes. Their defensive record was as good as Arsenal’s and better than Manchester City’s.

During 2019/20 the Lillywhites suffered in the goalkeeping department. Starting keeper Hugo Lloris suffered a terrible elbow injury that kept him away from the field for a few months. His replacement, Paul Gazzaniga’s stats aren’t the best to say the least. The team has incurred 40 goals so far, making them one of the poorest teams defensively in the league.

In 2009/2010, Tottenham had managed to find a relatively stable defensive line. It included younger players like Vedran Corluka, Benoit Assou-Ekotto or Michael Dawson. Respectfully, while all enjoyed a great season, this may have been the best campaign of their careers. Corluka now plays for Lokomotiv Moscow, Benoit Assou-Ekotto retired while playing for FC Metz and Michael Dawson is the captain of Championship side Nottingham Forest.

By 2019/20 Spurs could boast having some of the world’s most famous defenders. However, during this campaign, numerous issues conspired against the team. Danny Rose requested to be loaned out midway through the season. Jan Vertonghen had a relatively poor year.

Only, Toby Alderweireld continued to be one of the Premier League’s top defenders. Meanwhile, youngster Davinson Sanchez had some good performances, while the same cannot really be said of Ben Davies and Harry Winks.

In 2010 Tottenham announced itself to the world as a small team that could perform beyond their limited resources. The 2009/2010 campaign was one of the best in the club’s modern history, in spite of them not winning silverware at the end of the season.

In 2020, due to consistent success in years prior, Tottenham has established itself as one of Europe’s more famous sides. But, the team has been undergoing a crisis, complete with a managerial change, frequent injuries, and underperforming star players.

While not as frequently and widely praised, Tottenham’s 2010 iteration was superior to their modern-day counterparts. The year 2010 was not merely the beginning of the road for a new Spurs, it was the apex of their 2000s efforts.