Players forcing their clubs to acquiesce to a transfer have become all the more frequent incidents in recent years. Here are the biggest stories in recent times of players twisting the hands of their employers in exchange for a more favorable deal elsewhere.

Pogba’s rumored departure from Manchester United seems to have been a story Red Devil fans have been forced to hear for years. Super agent, Mino Raiola, poured a fresh can of gasoline on the fire this December. He announced that the midfielder wants to leave United. This is not a new strategy. Pogba had publicly shown his impatience to leave even during Jose Mourinho’s days in charge of the team.

Raiola has since, partially, went back on his original comment. This is likely because of none of the big-name clubs rumored to be interested in the services of Pogba at the moment. As things stand they are unprepared to part with the money United are sure to request. Is the French World Cup winner bound to run off his contract? Will teams like Juventus or Real Madrid still come calling? We may only know more this summer.

This was the transfer deal that permanently removed Ashley Cole from the hearts of the Arsenal faithful. The left-back’s commitment to the club was put under heavy investigation after he was seen in public with Jose Mourinho, then manager of rivals Chelsea. With the cat out of the bag, Cole tried to force a transfer. He finally got his wish, but not before Moutinho, himself, and Chelsea were all fined by the FA.

Liverpool’s Jurgen Klopp has acquired a reputation as one of football’s nicest men. The transfer of Virgil van Dijk doesn’t quite lend to that narrative.

The Reds allegedly were in contact with the Southampton player in 2017. Van Dijk’s club at the time was not happy and threatened to request for Liverpool to be fined. Klopp then issued an apology but went on to buy Van Dijk anyway in the next transfer window, making him the most expensive defender in football.

Messi’s decision to leave FC Barcelona was the news story that dominated football in 2020. The details are murky. Suffice to say that Barca’s hierarchy were unwilling to part with their most famous player.

The Argentine international missed the team’s first days of training and bemoaned his situation to the press. Finally, begrudgingly, he returned. But, as things stand, it still looks likely Messi will want to see out his contract and leave as a free agent.

Griezmann is another player who willingly risked his legacy in order to force the transfer he wanted. Several successful campaigns had made him a hero for fans of Atletico Madrid. His public statements about refusing to leave the club further endeared him to supporters.

This all changed in 2019 when FC Barcelona, Atleti’s La Liga rivals, once again came calling. Although having just signed a contract extension, Griezmann effectively went on strike leaving manager Diego Simeone with no other option, but to sell him. Atleti have, so far, had the last laugh, with the French forward failing to light the world on fire at the Camp Nou and his replacement, Joao Felix, settling in nicely. 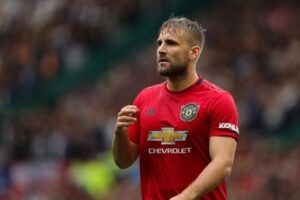 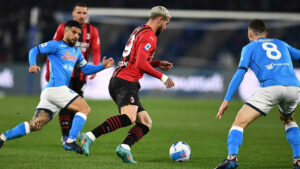