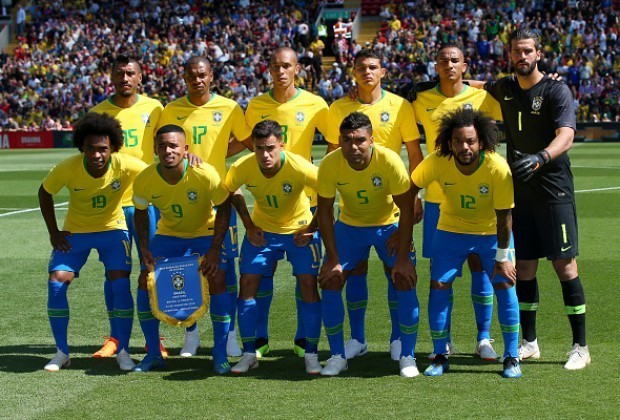 Signup now!
Home » How have the tactics and philosophy of the Brazil national football team changed since their glory days?

Joga bonito is what Brazil, the most successful and well-known, national football team in the world is best known for. But, their days of uncontested superiority to any other nation are gone as of 2020. Tactics and a new game philosophy now accompany the South American’s pursuit of success. Just what and how much has changed since the glory days of the Brazil national football team?

The golden age of Brazilian football had the South American prioritizing attack above everything and anything else. It’s fair to say that throughout history, Brazil has been responsible for developing some of the best attackers in the world.

This made Brazil incredibly popular in international tournaments, across the world, with most neutral supporters. And, oftentimes it seemed that the Brazil national team roster comprised only players capable of adhering to the team’s main philosophy of outscoring their opponents.

Jogo bonito, the highly attractive style of play that the Brazilians promoted was predicated on a strict set of features. The football the team played had to be beautiful. It needed to represent the style that Brazil was known for. And, it needed to be played by footballers skilled enough to deal with its level of precision.

Modern Brazil in Copa America and the World Cup

Brazil may be the most successful national team in the history of the game. However, in recent years winning important silverware has proven less simple than in the past. This has lead managers to impose their own, often more defensive-minded, style.

One thing that has greatly helped alter the team’s philosophy has been the emergence of terrific defensive players. This was not always the case during the golden era. (Indeed, most of the legendary Brazilian players of old, happen to have been attackers.) Nowadays, the goalies Alisson and Ederson, with the help of defenders like Marquinhos, Alex Sandro and Thiago Silva make the South Americans’ defense a veritable stronghold.

On most occasions, Brazil currently opts to use a 4-1-4-1 formation that can be modified into a 3-4-3. Their tactics rely heavily on the speed of the wide players. Wing-backs are encouraged to assist the attack, wide midfielders cut inside playing as inside forwards. Two midfielders usually assure the goal distribution, while one acts as a ball-winning defender. A variation of this tactic has been used ever since World Cup 2018.

Seeing the tactics employed by Brazil 1970 would likely make Didier Deschamps wince. Indeed, that version of Brazil was one of the most successful sides in history. By the same token, the France national team did manage to secure the World Cup trophy in 2018. While it is impossible to compare two World Cup winners, fifty years apart, we can safely agree on the fact that football has changed significantly.

Similarly to their 2020 descendants, Brazil relied heavily on wing-backs providing attacking support, while wide midfielder would cut inside to provide passing avenues. The interplay between Carlos Alberto and Jairzinho was particularly effective.

In attack, Zagallo offered almost complete freedom to players like Pele or Tostao. Gerson took on the role of defensive playmaker (or regista). Brazil’s ball work was fluid and they focused their efforts on attacking for the entire duration of the game.

Similar attention to style and flair of the defensive organization was to be seen in the case of Brazil’s 1982 squad. Perhaps the most notable roster to never win the tournament, the team that featured Zico and Socrates, played a similarly attack-minded game.

It was a tactic that worked to great effect as long as Brazil did not lose possession too often and managed to score plenty of goals. A more organized unit, however, could take advantage of the South American single-minded attacking nature.

This was evident at the 1974 World Cup where the Netherlands, inventors of Total Football knocked Brazil out of the tournament’s semi-finals. To make matters worse, Poland unceremoniously nudged a 1-0 victory to secure third place.

Plenty has changed about football over the years. Much of the modern tactics and the player development are a direct result of teams trying to find ways of stopping highly skilled opposition such as Brazil. Through it all, this South American side has adapted to the game of football and remained the most well-known ambassadors of the beautiful game.