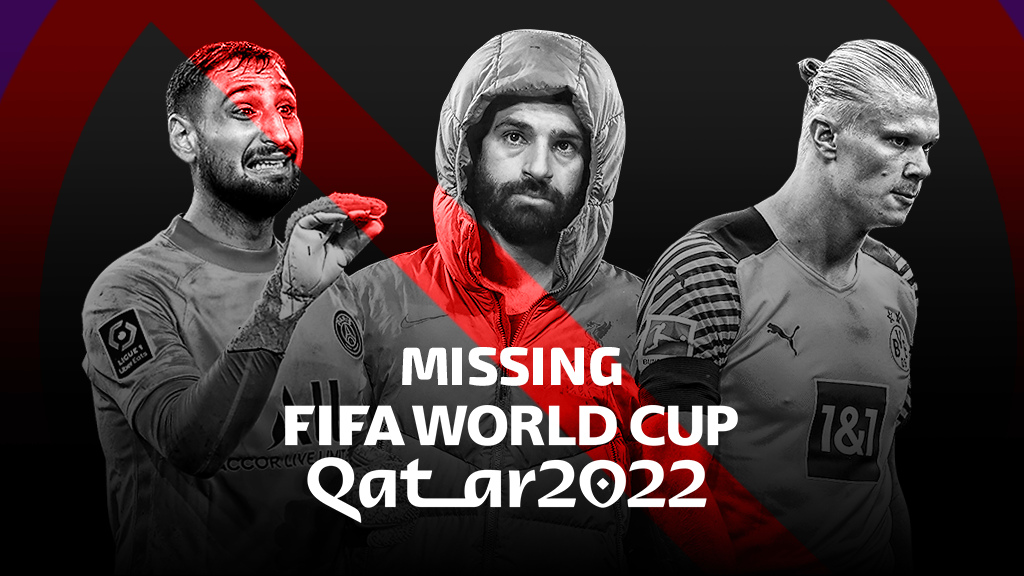 The World Cup is the most important event in the football calendar. Consequently, it is also the most highly competitive event in football.

So much so that legendary players such as George Weah, Alfredo Di Stefano, or George Best never got the chance to represent their nations in the competition.

The same sad fate will befall some of football’s brightest stars in 2022. These are the most important players that are missing from the World Cup in Qatar.

FootballCoin is due to host all of the matches in its contests. Now is the time to get your team strategy ready. For this, it’s best to know who you will be able to depend on and who will be missing from your fantasy football draft.

Egypt’s Mohamed Salah is a generational talent. His trophies, most of them earned as a Liverpool player, prove this. He will, however, be missing from the 2022 World Cup. Furthermore, it could be his last chance to truly stamp his mark on the international competition.

Egypt was knocked out of the WC playoffs by Senegal. Just one month prior, Sadio Mane’s team had triumphed in the AFCON final. It happened again. Once more, Egypt was defeated in the penalty shootout. This time, Salah missed a vital spot-kick. The event was, however, overshadowed by conflict within the stands, as well as the memorable image of hundreds of pen lasers pointed at Salah’s face.

Haaland’s goal-scoring prowess has made him one of the most sought-after European players. This summer the top clubs in the world will be battling for his signature. Despite scoring five goals in qualifying Norway was beaten by Turkey in UEFA Group G. Turkey finished second and was also knocked out of their pursuit during the playoffs. Considering his age and Norway’s potential, Haaland may get his chance yet of impressing at the World Cup.

After making the permanent move to North London in 2021/22, Odegaard has become a key player for Mikel Arteta’s Arsenal team. Odegaard was appointed Norway captain in 2021 but was unable to inspire Stale Solbakken’s team. Sadly for the Norwegians, Odegaard joins Haaland as some of the biggest stars missing from the World Cup. This is, however, a team that has youth and talent on its side. Many will expect The Scandinavians to be present at the competition in four years’ time.

After his departure from Arsenal, Aubameyang joined Barcelona on a free transfer. Here he once again showcased his marvelous skill as a striker. Aubameyang, however, might have to face a career that will Aubameyang is Gabon’s all-time greatest goal scorer. It remains to be seen if he can guide them to a World Cup.

Italy is the champion of Europe. It only happened one year ago. Despite this, they are out of a consecutive World Cup. This means that football fans will be without the Italians’ considerable array of stars. Gigi Donarumma, Nicolo Barella, Domenico Berardi are among the team’s young prospects. We’re likely to see them in the 2026 WC.

For the likes of Jorginho, Ciro Immobile, Lorenzo Insigne, or Giorgio Chiellini it is, likely, the end of the line. Many of these players have announced their retirement from international football. They will be fondly remembered by many. However, the chance to use Qatar as a Swan Song has been missed.

Away goals saw Nigeria lose to Ghana in the African World Cup playoffs. This means that the Super Eagles will not be present at the World Cup for the fourth time in their history and only the second time in eight years.

Nigeria features one of the best squads on the continent. Victor Osimhen is the team’s brightest star. Napoli’s 23-year-old striker failed to score in the playoffs. He is, however, a player likely to make his mark on future World Cup tournaments. For now, Osimhen as well as Samuel Chukwueze, Ademola Lookman, and Kelechi Iheanacho are among Nigeria’s biggest stars missing from the Qatar competition.

Real Madrid’s defender won’t be attending the World Cup either. Austria lost 2-1 to Gareth Bale’s Wales in the playoffs. This comes only one year after the Austrian impressed at the European Championship. It’s also a sad reminder for Alaba. The player may have won most trophies at club level. International competitions, however, are another matter.

Schick was the Czech Republic’s star at Euro 2020. However, the Bayer Leverkusen forward must wait to be able to shine again at a major tournament. His nation was defeated 1-0 by Sweden in extra time. Fantasy football fans will be deprived of an otherwise great choice for their starting line-up.

Although Soucek was a major factor in West Ham’s outstanding performances, he also will not be playing in Qatar. Fans will need to wait to see if this Czech Republic generation is destined for greatness.

Haller is joining Zaha and Kessie as the Ivory Coast players who will be missing in the 2022 international tournament. Haller scored both goals in the 2-1 victory over Cameroon back in September. The striker’s form in the Champions League and Eredivisie has also been outstanding. Despite all of this, the Ajax striker needs to wait for a new chance at staring in a World Cup.

Mohamed Salah is not the only Liverpool star who will be missing from the World Cup. Naby Keita’s Guinea has also failed to qualify. Keita’s side failed to win a single qualification game. This left them trailing Guinea-Bissau and Morrocco in the standings.

The legendary striker considered retirement before. However, Zlatan Ibrahimovic reconsidered. The AC Milan striker made himself available for selection for Sweden’s WCQ game. Ibrahimovic made only a ten-minute appearance. However, by this time, Sweden was already trailing Poland by two goals. In spite of this, Ibrahimovich’s outstanding resume will remain a testament to his brilliance on the pitch.

Now that you know the players missing from the World Cup, it is time to consider your team. Who will make the cut for your fantasy football squad? Register for FootballCoin and take advantage of daily prizes.