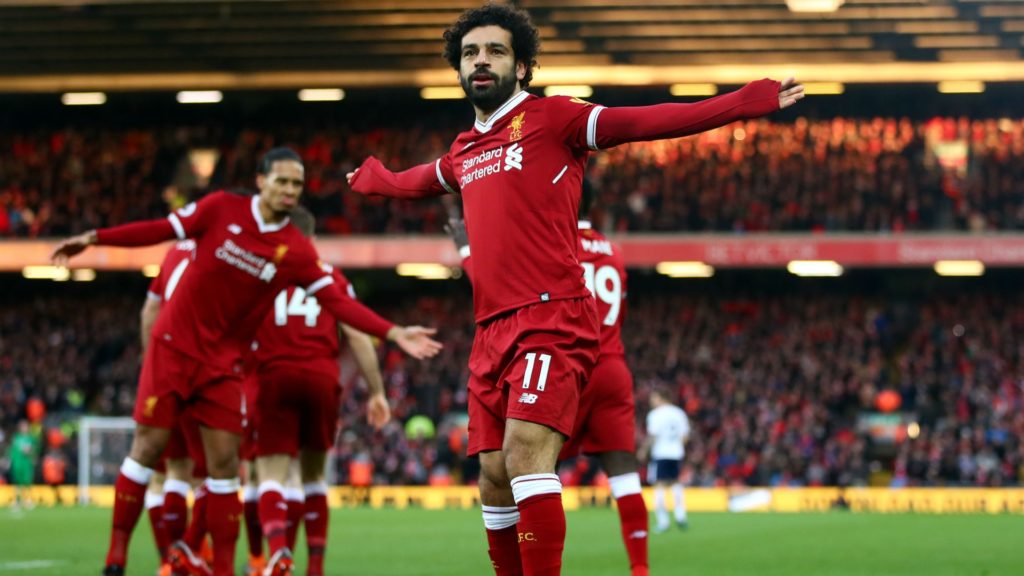 Mohamed Salah and Harry Kane put in performances of the highest caliber, that helped both players to personal landmarks and earned each of their teams one, albeit very important, point.

Thrilling encounter between Liverpool and Tottenham

Liverpool – Tottenham was billed as one of Premier League’s most exciting derbies. Hype, perhaps, but one that ended being completely justified through a performance that saw two of the league’s best players in a 90+ minute showdown to outdo eachother. It was impossible to choose a winner between Mohamed Salah and Harry Kane, or their respective teams, with the game ending in a 2-2 draw, that neither side will be entirely happy with. 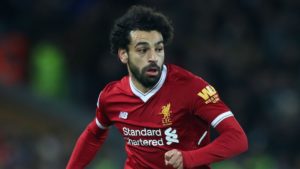 It took no more than three minutes for Salah to make the best of an Eric Dier back-pass and net the opening goal. Tottenham looked stunned and for the greater part of the game struggled to soften their rivals attacks. It was only in the final minutes of the game, in which a similar Spurs lineup to the one that had defeated Manchester United earlier in the week, began to regain its composure and pressure their rivals.

Fortunes looked set to turn around in the game’s last ten minutes. Victor Wanyama finally brought the equalizer for Spurs, before goalkeeper Loris Karius brought down Harry Kane in the penalty box. It looked like the perfect opportunity for Kane to bring Tottenham in command and secure a landmark 100th goal in the Premier League. However, the England captain was denied by Karius, and both teams continued to pursue the all important three points.

It was Mo Salah, once again, stealing the spotlight, with a flurry of dribbles in Spurs’ penalty area that brought Liverpool back in the driver’s seat. The goal was reminiscent of Messi’s or Maradona’s most famous strikes and one that sent manager Jurgen Klopp into full jubilation mode “It was a fantastic goal, it was an outstanding goal, it was an outstanding performance.”

Just as victory looked set and Liverpool management were doing the math on the team’s chances at Premier League glory, the referee Jon Moss took a decision that altered the game’s fate. The ref decided that newly transferred Virgil Van Dyk had cut down Erik Lamela in the penalty area. Despite Liverpool protests suggesting that Lamela had been offside in the first place, Moss pointed towards the penalty mark once more. 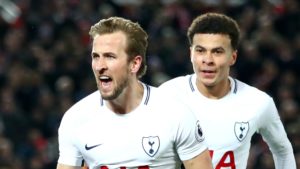 And once again, Harry Kane, ever Tottenham’s lucky charm, stepped up to take the spot-kick. If the earlier miss weighed on his mind he did not show it. The striker put the ball away, securing a milestone 100th goal in the League and snatching a point from the jaws of imminent defeat.

Salah and Kane, the record breakers

Harry Kane scored his 100th goal and further cemented his place in the history books. It took Kane only 124 appearances to do so and few pundits will shy away from referring to the striker as one of England’s best forwards of recent decades, if not perhaps England’s football history. “What took you so long?”, joked Alan Shearer, the League’s all-time goalscorer and the only player to secure 100 goals faster than Kane.

On the other side of the derby fence, it was a delightful performance from Mohamed Salah. The “Egyptian Messi” was a constant threat to Spurs’ defense, who often times seemed stuck a gear too slow when dealing with the African star. 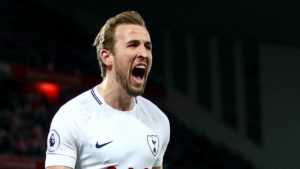 Salah set his own record, no less impressive than Kane’s, becoming the fastest Liverpool player to reach 20 goals for the club. Not even Torres, Owen or Suarez have matched this record and fans are in praise of Jurgen Klopp’s decision to purchase the player from Roma this summer. The transfer fee of £43.9million now looks like money well-spent.

Liverpool occupy third place in the Premier League, with Tottenham in a slightly disappointing fifth given their recently acquired reputation. With both teams putting on great displays in England and European competitions, football fans are left wondering how much the two sides will be able to achieve by the end of this season. 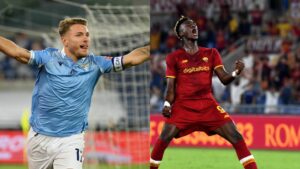