PSG stars Marquinhos and Verratti gave fans assurances of their commitment to the club. The players are reportedly transfer targets for some of the largest European clubs.

PSG managed a clear 5-0 victory  over Saint-Etienne on Sunday. The team has progressed greatly in recent years. Even if the club is to lose the Ligue 1 title to Monaco, it feels like the team is moving forward and working towards reaching a higher level.

Upon the club’s takeover, PSG invested massively in bringing in star players. With many of those players providing great performances, many of the largest clubs in Europe are after their signature. Marquinhos and Verratti are two of the team’s most important players. They are also players rumored for a long time to be on course to move to a team of the stature of Real Madrid or Manchester United.

Brazilian defender Marquinhos was clear about his commitment to the club. “My future? I will be here next season to win back the title. I will 100 per cent be Parisien,” the player told  Canal+. 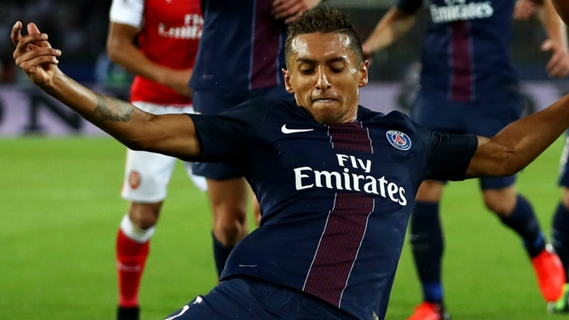 Marco Verratti was asked a similar question. The midfielder was also clear on his answer. “Yes. I’m under contract in Paris and I like it here.” Verratti is perhaps one of the most talked about players for the soon to come transfer period. With many important teams looking to boost their squad, the player has been linked repeatedly to high profile European clubs. 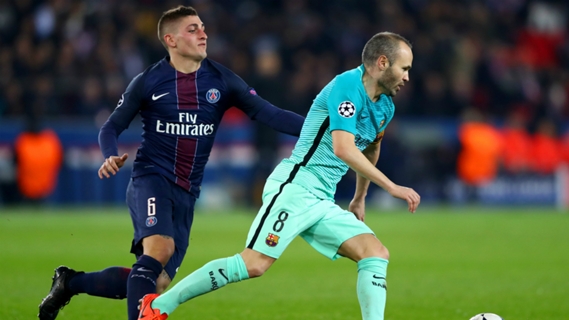 The victory against Saint-Etienne keeps PSG in the fight for the Ligue 1 title. The team is trailing leaders Monaco by three points. Furthermore, Monaco have one game in hand. PSG have two more games to play in the French league.

Marquinhos talked about the team’s motivation to win Sunday’s game.“We were really motivated and the atmosphere was fantastic. It was very important to score the first goal at the start of the game. After a quarter of an hour, Saint-Etienne got back into it a bit but we were solid defensively and Kevin [Trapp] was important behind us.“

“We were able to make the most of our chances and that is what made the difference. Even at 2-0, we showed a real hunger to play and score. I am happy for Lucas [Moura] with his double tonight. He was instrumental in attack.”