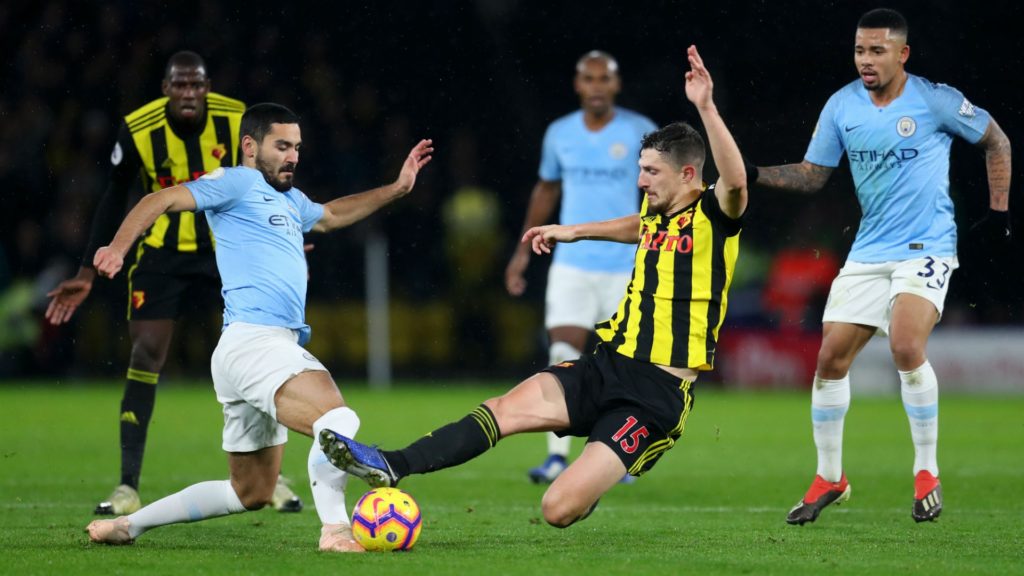 There won’t be a shortage of praise for manager Pep Guardiola’s insistence on the transfer of Mahrez earlier this year. Fantasy managers that have taken a chance on Mahrez will also be giving themselves a pat on the back today. The midfielder has emerged as an important part of Guardiola’s well oiled football machine. Yes, the player certainly tried to push and shove for a transfer from Leicester, but the decision looks to have benefited all parties in the end.

Mahrez was the man of the match in City’s narrow away victory over Watford. Overall, Mahrez was also the most impressive player in any of the matches played on Tuesday. The midfielder dictated the rhythm of his team’s attacking moves, contributed a goal assist for Leroy Sane, before scoring himself. FootballCoin rated the player with 67 points. Manager Pep Guardiola must be breathing a sigh of relief at having Mahrez successfully replace Kevin de Bruyne, still undergoing treatment for an injury.

Despite the victory, it’s hard not to remark the fact that City’s players are rarely pressing the acceleration pedal these days. Instead the team looks to be managing their energy ahead of what will be a very busy end of the year. City’s next hurdle will be playing Maurizio Sarri’s Chelsea, a team almost equally impressive this season.

In another Tuesday match, AS Monaco grabbed an important away victory to Amiens. The three points provide some well needed help to the former Ligue 1 champions’ attempt to avoid relegation. Yes, it’s been a poor season for Monaco. And the coast is not yet clear, especially judging by the poor performances of the likes of Chadli and Tielemans, otherwise noteworthy players of the French top tier.

Radamel Falcao, undoubtedly Monaco’s leader, was responsible with scoring the two goals, both from the penalty spot. The Colombian is in fact one of the few players that can hardly be blamed for this campaign’s unimpressive results. The striker has managed 16 goals in as many appearances. Last night, FootballCoin rated his performance with 46.86 points.

???? @FALCAO: "The whole team showed great spirit. We fought for 90 minutes, kept playing and in the end, got the result. We must continue on this path."#ASCASM pic.twitter.com/CciaGVtazS

It’s not all sunshine, and since we’ve done our best to spotlight some of last night’s top performers it seems only fair that we signal one of the worst ones, as well. It comes courtesy of Andy Carroll of West Ham. The Hammers did manage an impressive 3-1 victory against Cardiff City. However, if the likes of Marko Arnautovic and Chicharito Hernandez have shown enough this season to make some defenders tremble, the same can’t exactly be said about former England international, Andy Carroll.

Granted Carroll only caught the dying stages of last night’s game, but his 5 points in FootballCoin aren’t much to brag about. Neither is the fact that he has only managed 9 points throughout the entire season. Besides this, since arriving at West Ham during the 2012/13 season, the striker has never managed to score into double figures for West Ham. These stats should worry even the most fateful of fans.

As for the rest of matches from Ligue 1 and the Premier League, they will be played later today. The derby that all will be interested in seeing will be, without doubt, the clash between Manchester United and Arsenal. For those looking for goals, many could be on display in PSG’s travel to Strasbourg, as Cavani and Neymar attempt to take the team up to 50 goals scored this season. Do you have your fantasy football teams ready?