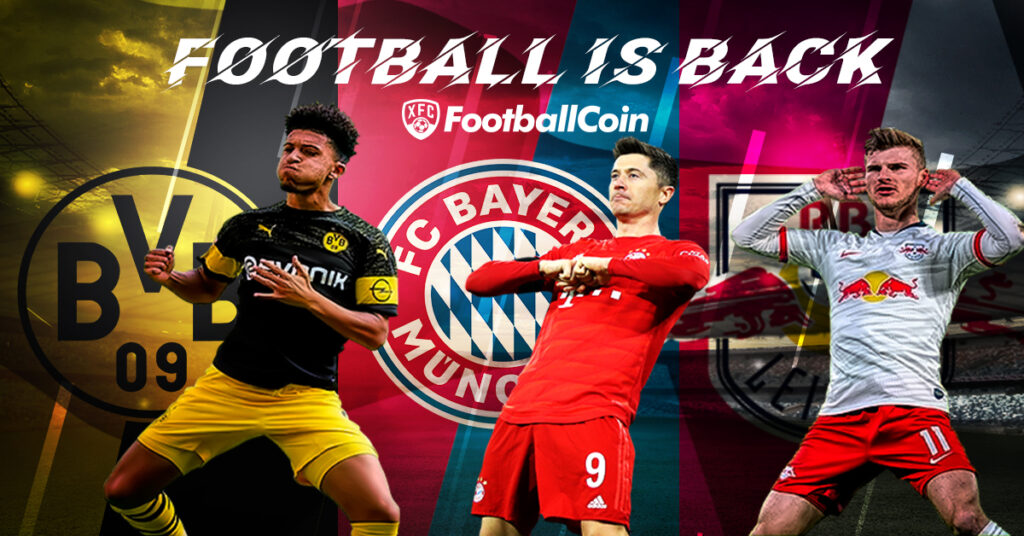 Football fans have been without their fix of European top football for months now. The Bundesliga promises to offer a quick solution with its decision to play out the rest of the 2019/20 fixtures. All the games will be part of FootballCoin’s fantasy football platform. Here are three things to look out for upon football’s return.

Bundesliga 2019/20 to be completed and included in FootballCoin

Bundesliga is the first of the top-notch competitions to announce its return. Of course, all fixtures will be played behind closed doors and under strict regulations. But, all matches will be played out and every single one of those will be included in FootballCoin’s fantasy Bundesliga contests.

It’s business as usual for FootballCoin. All matches will be integrated into the gaming platform and represented in fantasy contests.

Users can earn XFC prizes through private and public contests

Fantasy enthusiasts can once begin to earn cryptocurrency rewards. The easiest way to do this is to join one of the Bundesliga contests available on the platform.

Not only that, but users can also confront their friends in private contests where they’ll be the ones who will be able to decide the entry fee and the games that are included.

Packs containing 3 or 5 collectible cards representing top players that are active in Bundesliga can be purchased using the new market version of the game.

That’s not all! Users will now have the option to exchange their cards automatically through the game system, to auction their cards, or to lease a player/stadium card.

Bundesliga restarts on March 16th. All eyes will be cast on the German competition and supporters can opt for their ideal set of players using the FootballCoin platform.