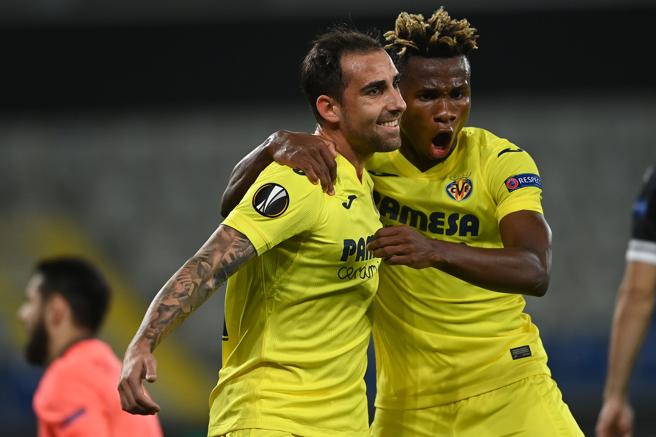 The Europa League is promising to give its more famous cousin, the Champions League, a real run for its money this season. Matches so far have been excellent, as has been the fan response. Here are the best UEL players from R2 of the group stage.

Things are looking bright for Dinamo Zagreb’s #1. Livakovic is already a the first choice for the Croatian national team, at age 25, and last night’s performance showed why. Dinamo Zagreb took on the favorites of UEL’s Group K, CSKA Moscow. It took saving seven shots destined for goal for Livakovic to keep the score level, 0-0.

Zagreb have their work cut out for them. Feyenoord and Wolfsberger AC are the teams’ other group rivals. But, in Livakovic they have a clear leader and a bonafide star.

Diogo Dalot is really taking a liking to his new role in a new town. On loan from Manchester United, the Portuguese takes ample advantage of the opportunities provided to him by AC Milan.

Last night he starred in the 3-0 thrashing of Sparta Prague. Dalot provided an assist, scored a goal, and was the best defender on the night in FootballCoin contests.

If Elyounoussi is feeling nervous about his loan move away from Southampton, he certainly didn’t show it last night. The Norwegian attacking midfielder netter two goals in Celtic’s tricky away fixture to Lille, a team that outplayed many in Ligue 1 last season.

Elyounoussi scored a double to give the Scottish team an early lead. While Lille clawed back and gathered a point, there’s no denying that Elyounoussi knows how to make the best of any chances he gets.

Paco Alcacer was rested for much of Villareal’s fixture against Qarabag FK. The Azerbaijani looked set to score a surprising draw against the Spaniards. But, with 10 minutes of regular time to go, Alcacer was sent in and managed a double. The team’s third goal was from a dramatic stoppage time penalty, but the fact remains that the Spanish player is one of the most reliable goal scorers in European football.

European football continues to be hosted in its entirety in FootballCoin for the remainder of the season. Prove your managerial skill!