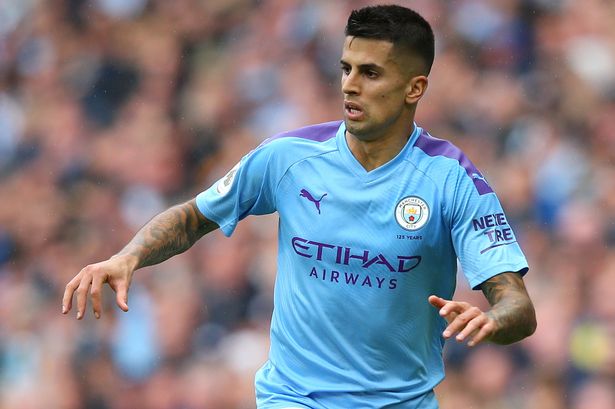 Right-backs have never been demanded more of than at present. At times, the modern wing-back is required to act as a winger, an auxiliary-striker, and even switch between regular duties and those of a center-back. With that being said, let’s take a look at the Premier League right-backs who’ve absolutely killed it in 2021.

Note that we’ve updated our list to coincide with performances during recent months of 2021. The players chosen have impressed in the Premier League, and in fantasy football. These are great additions to our original choices.

Reece James has always had the potential to be a great right-back. Lack of talented players is not one of Chelsea’s problems though. Luck and a change of manager were needed for James to make a name for himself at the London club.

James had an incredible run of form during the tail-end of 2021. Man od the match performances against Newcastle and Juventus are making him a standout right back. His defensive and attacking contributions are nothing short of terrific. Few players interpret the modern right-back position quite like Reece James at the moment.

Vladimir Coufal epitomizes West Ham’s spirit in 2021. The Czech right-back is a tireless, brave player that is capable of taking on the Premier League’s best. The Hammers, under David Moyes, had a great 2020/21 season. This edition is proving that was hardly a fluke. Coufal has a lot to do with these performances.

Coufal’s defensive interventions are always solid. Not enough is said about his ability up from though. On the counter-attack, the Cech right-back is able to use his pace, and great pace to put his teammates in great attacking positions. History might remember this as one of West Ham’s greatest modern performances. If so, Vladimir Coufal will be remembered as one of the best right-backs of his time.

Yes, talks of Arsenal’s defensive weaknesses have been an ongoing issue ever since the decline of the Invincibles. Touted as one of the premier right-backs in the world upon his arrival to London, Bellerin still has a long way to travel before finally silencing his critics.

This season though he seems to be on the right path, as are Mikel Arteta’s Gunners overall. The Spaniard made 22 starts for Arsenal and managed two assists and a goal. His passing skills have been sound (44 passes on average per game with 86% accuracy). And, even though he makes considerably fewer crosses than some of the other players on the list (0.4/game), Bellerin is growing into one of the club’s most important players.

The rise of Matty Cash might not be a surprise to fans of Football Manager, or those who watched his evolution for Nottingham Forest. For everyone else though, his performance shave been nothing short of a revelation.

Villa sits in an unexpected 10th place, comfortably away from the relegation line. It’s been down to players like Cash to make the difference. The right-back’s pace and dedication have helped his team tremendously and they go a long way for us to overlook that his passing and defensive skills might still need work. Sure, Cash is a diamond in the rough, but odds are that the journey to seeing him prosper even further will be an entertaining one.

James is still something of a wildcard. His defensive duties are not something he has completely come to terms with. However, when needing to provide speed, crossing ability, or even winner an important header, Thomas Tuchel knows he can find few players to do it better.

The 21-year-old looks to have become a consistent starting player for the Blues. This season he has averaged 1.1 shots per goal per match, 1.4 aerial duels won and his passing accuracy nears 90%. Clearly, James is among a host of young Chelsea players whose futures seem as bright as a day of Spring.

Wan-Bissaka is a player that perfectly exemplifies what elbow grease and commitment can do to a young footballer’s career. Players like Trent Alexander-Arnold may possess the skill and the flair. However, Manchester United’s highly defensive right-back has had a far better season.

Not one to venture outside of his comfort zone, Wan-Bissaka is rarely involved in offensive plays. Still, this year’s two goals and two assists have proven a remarkable stat. The Englishman’s strengths lie in his discipline, his tackling ability (2.9 per game), and a willingness to focus on the basics for the better of his team.

Joao Cancelo has needed to wait his turn before becoming a Manchester City regular. In 2021, the Portuguese wing-back became something of a personal project of Pep Guardiola. The famous manager continues to try and innovate tactically.

Cancelo has often played on the right side of the pitch. However, oftentimes he has switched to a role in central defense or midfield in a bid to boost passing options. The strategy has worked well. Cancelo is one of City’s best players in a season that Guardiola’s men have dominated.

Cancelo has managed two assists, one goal, averages 1.2 aerial duels won per game and makes 1.8 dribbles per game. However, his influence can’t be expressed through mere stats. The Portuguese defender has learned to integrate perfectly into Man. City’s setup and has become one of the EPL’s most influential players.

Who are you picking at right-backs for your fantasy Premier League draft? Join the FootballCoin contests. Create a draft using NFT collectible cards like the ones named on the list. If your team is anything writing home about, we will reward you with XFC prizes.