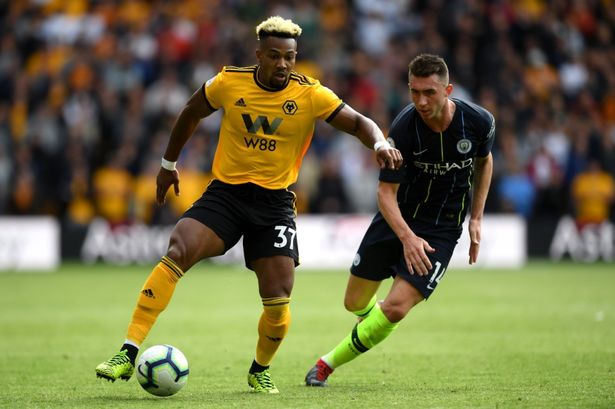 Signup now!
Home » Why Adama Traore should play for Liverpool

Adama Traore is one of the most sought after players in the Premier League. The Wolves winger has plenty of admirers. Few more so than Jurgen Klopp.

Here is why Traore would make a great edition for the EPL champions.

Traore would improve the team’s passing and skill

Adama Traore is playing the best football of his young career. Ready to peak, the Spaniard has been responsible for a number of enviable stats.

As previously reported, Traore has completed more dribbles than any other player in the EPL. This is no small feat considering the level of talent on display.

Adama Traore manages, on average, five dribbles per game. This can greatly improve even a team such as Liverpool. By comparison, Mohamed Salah managed 1.6 dribbles/game and Sadio Mane boasts 1.9 dribbles every 90 minutes.

Furthermore, Wolves’ winger has contributed nine assists and four goals to his team’s tally. Out of Liverpool’s squad, only Trent Alexander-Arnold has done more (12 assists).

Traore is primarily a winger. It’s been in this position that he has given his best performances. But, the former FC Barcelona graduate is a versatile footballer.

Traore can play behind the forward as a shadow striker, can occupy the wider areas, or as a lone striker. On rare occasions, he has even played as a right defender.

Clearly, Liverpool’s famed attacking trio (Salah-Mane-Firmino) could do some help. Few players would be as ready for the challenge as Traore.

Traore might be one of the only transfers that Liverpool need

Liverpool is getting ready to end a highly successful era. These type of transitions have always involved changes of personnel.

Jurgen Klopp needs a player like Adama Traore to give his side attacking options, or to prepare for the eventual loss of a player of Sadio Mane, Mohamed Salah’s skill.

Furthermore, while Traore’s transfer will not be cheap (around 90 million euro), along with a central defender, it might represent the only deal that needs to be approved during the summer break.

In the meanwhile both Liverpool and Adama Traore are available in fantasy football and virtual football contests in FootballCoin.