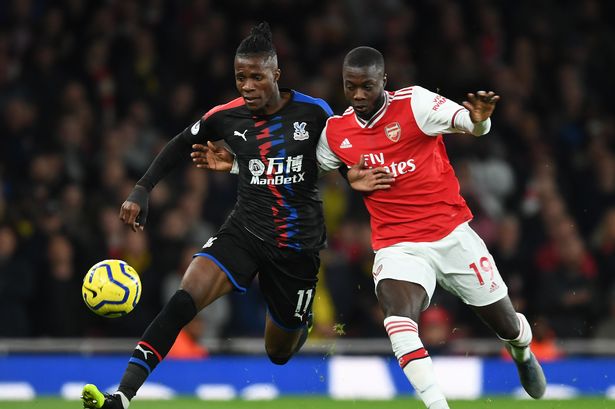 The dribbler is the hero of the terraces and the star of television highlights. While the skill of dribbling risks becoming an overlooked skill in the modern game of football, here are 10 Premier League players keeping style and flash alive in 2020.

Christian Pulisic‘s skill on the ball was never in much doubt, not even throughout a season that has seen him struggling to earn a starting place in Frank Lampard’s team. The young American has managed 2.4 dribbles per game this season, also contributing 5 goals to his team’s tally.

The Southampton midfielder may be flying below the radar as far as many football fans are concerned. But, his 2.4 dribbles per game show the former Standard Liege player to be capable of great things when facing the most stern of opposition.

Nicolas Pepe was an unstoppable force back in Ligue 1 before the wheels seemed to grind to a halt in England. Under the management of Mikel Arteta, the right-winger has been getting more playing time and impressing those in attendance with his fancy footwork. There’s more to come, we’re certain!

Another skilled player hoping for salvation granted through Frank Lampard’s support, Mateo Kovacic is a natural football dribbler. His shots per game ratio and contribution to Chelsea’s overall game can still be improved, but he is likely to get his chance.

Clearly something special is being developed under secrecy at Southampton. Sofiane Boufal may have started only 8 games for the Saints this season. But, he has been sure to throw 2-3 dribbles in there in every one of those, making him one of the best football dribbles in football in 2020.

Felipe Anderson’s arrival at West Ham seemed to signal the beginning of a new phase for the club. No longer would they be battling through mid-table anonymity with the help of such a skilled performer. The second part of that statement has proven to be true. Anderson has dribbled 2.8 per game on average during the 2019/20 season.

The 23-year-old attacking-midfielder still has plenty of work waiting for him in the Premier League regardless of whether Norwich manages to stay up, or not? Emiliano Buendia is not just one of his team’s best players, but one of the most talented squad in the entire English Premier League.

Arguably two great things happened to Newcastle this season. One was the news that the club was likely to receive a tremendous cash injection as a result of being taken over by rich investors. The other was the arrival of Allan Saint-Maximin from Nice, a highly-skilled winger, blessed with speed and excellent technique, one of the best young dribblers right now.

How long can a team like Crystal Palace hang on to a player like Wilfried Zaha? remains a question yet to be answered. While a transfer to a bigger EPL club looks imminent, the former Man. Utd. forward is making the best of his time playing of Palace. He’s managed 4.7 dribbles per game on average. It’s an amazing number that speaks of his talent and consistency in one of the toughest leagues in the world.

It’s nearly impossible to predict the future in football with any degree of accuracy. With that being said, too many strange, unforeseen events would have to occur to keep Adama Traore from becoming one of the game’s next superstars.

He’s managed 5.2 dribbles per game for Wolves, along with other impressive stats. Liverpool have come beckoning and Traore could be on his way to joining a team of Prem League champions come next season. Well earned!