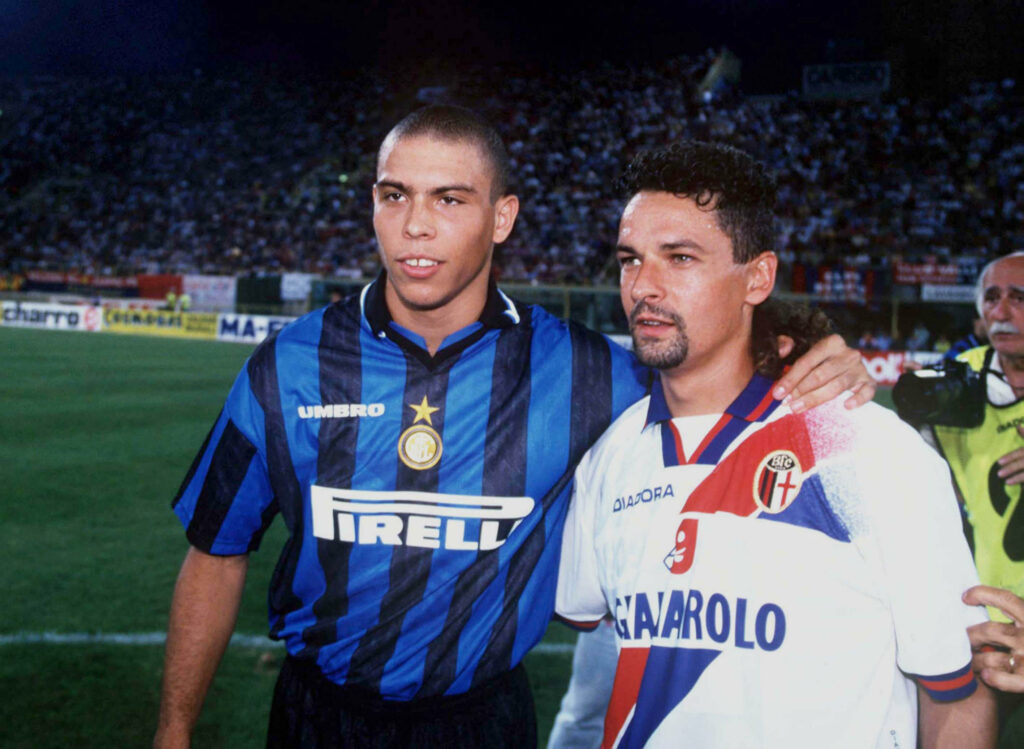 To some, the Serie A has always been the one home of true football. It’s a brand of football predicated on tactical awareness, physicality, and a more than a dash of flair. And, while not known for its broad scorelines, it has produced world-class strikers. These are the 10 Serie A all-time top scorers.

Serie A’s history is a long, winding, and eventful one. The top 10 of Serie A’s all-time greatest strikers includes several legendary names that played long before the modern era. None was greater than Silvio Piola. Throughout a remarkable career, that largely unfolded throughout the WWI and WWII years, Piola scored 290 goals. His legend is still honored today, with two Italian stadiums, Novara’s and Vercelli’s, bearing his name.

Gunnar Nordahl, the towering Swedish striker, also remains among Serie A’s greatest all-time scorers. The remarkable forward played only nine seasons in the Boot, for AC Milan, and AS Roma. During this time he captured the Capocannonieri an unprecedented five times.

Serie A top scorers during the league’s golden age

During the late 1980s and 1990s, Serie A was the most popular football competition in the world. Its broadcasts were treated as the golden standard, the tactics employed by managers were second to none. And, although the league attracted many of the world’s biggest stars, few performed better than the Italian players themselves.

The top 10 finds room for Roberto Baggio, possibly the most talented and controversial Italian footballer of the last decades. A number 10 like few others, Baggio played for six important Italian clubs, across 19 seasons in which he scored 208 times. And, despite all of this, most who saw him play will easily telly you that he could have scored even more had his career not been hampered by injuries.

During those wonderful times for Italian football, few strikers were more clinical or consistent that Giuseppe Signori who managed 189 goals. His career highlights include Lazio, Bologna, but also the Italian national team.

Alessandro Del Piero, the undisputed Italian hero of the 1990s is also among Serie A’s all-time goalscorers. Del Piero managed 188 goals, scoring all of them while playing for Juventus Turin.

Coming through at the tail-end of those golden years, Francesco Totti is the only other player on the top 10 list to have spent his entire career in the service of only one club, AS Roma. Totti scored 250 goals, managing to net home winners well into his late 30s.

Once the most popular league in the world, the Serie A is looking to mount a comeback. The league has attracted the transfers of players like Cristiano Ronaldo or Romelu Lukaku. Serie A managers include among them the likes of Antonio Conte or Maurizio Sarri, world-renowned tacticians.

The marquee names, the focus on Serie A top scorers, and the increase in football spectacle is adding to the appeal of Italian football. Serie A TIM is currently ranked among the top five football leagues in Europe.

Profit margins are also going up. During the 2018/19 season, the league’s revenue had increased by 13.5%. Serie A clubs had earned €2.77 billion. The five biggest clubs in the competition, Juventus, Inter Milan, Roma, AC Milan, and Napoli, were responsible for more than half of that revenue. Uncoincidentally, these were also the teams where Serie A’s top scorers usually play.

There’s no beating around the bush. Cristiano Ronaldo is the face of modern Serie A. His arrival in Turin is responsible, largely, for the change in fortunes for the competition, with numerous new fans taking an interest in the league.

While CR7 is still some way off from joining the top 10 Serie top scorer of all-time list, his achievements are exceptional. Ronaldo is tied for the best run of goals, scoring in 15 consecutive matches. This season he’s managed a goal almost every single Serie A game for Italy.

Cristiano Ronaldo is also in line to smash other records. He is not far from becoming Juventus’ best goal-scorer in a single season. And, if Juve wins the Champions League, he will equal Francisco Gento’s six trophy record.

Throughout its lengthy and eventful history, the Serie A has provided football fans with some of the most complex and exciting ways of playing the beautiful game. In years to come, the league will surely only build upon that reputation.