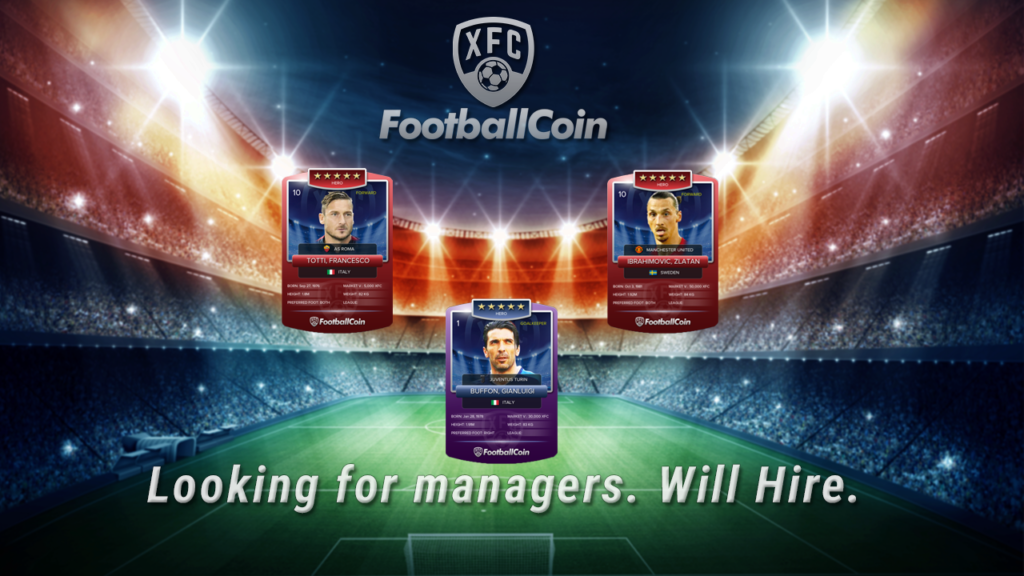 How To play fantasy football and other fantasy sports games?

What is a football fantasy game? Essentially, these types of games allow users to compete in creating their ultimate football drafts. Winners are decided based on how successful the players chosen have been in the actual football games that they have been involved in.

Football, or soccer as it sometimes called, is, arguably, the most popular sport in the world. For this reason, some characteristics of the game are unique to certain regions. There are numerous types of tactics for setting up the team, preparing the players physically and mentally, scoring or defending etc. In much, the same way teams in the fantasy football leagues are created and run with a wide set of strategies in mind.

Today we will look at the essentials of how to play fantasy football. A short guide on everything you need to know right now to get started, this will cover the basics of fantasy football and help you on your way to becoming potential champions of your fantasy league or contest.

Fantasy football, the name, the skills, the fun

Once all those choices have been input it will be a matter of matching your skills with those of other participants. There is little luck involved, speaking frankly. Just like a manager that applies its trade coaching famous football clubs, the fantasy manager wins and loses through their choices.

Remember to have fun! Watch football, make note of what you see, read the press. And, any and all information used to your advantage. Spotting a talented midfielder, a dedicated defender, a consistent striker, and choosing them for your draft are the ways in which you can start to build your fantasy team.

The market for fantasy sports looks to be an ever-evolving one. While there are numerous games, most of them have more things in common then they have differences. The basic system we outlined earlier is used in all games. Users choose their players, customize various aspects of their team and draft. The players they choose then get points based on their performances. The points are tallied up and users with the highest number of points, win.

While games such as the Fantasy Premier League have become a golden standard for the industry, other contenders exist. One such younger game is that of FootballCoin. While similar to games like FPL, FootballCoin adds a few elements to the mix, including that of collectible cards and contests spread out across many of the world’s top leagues. This means that users are able to compete in La Liga, Premier League, Bundesliga, Serie A etc. at the same time throughout the season.

What are the best leagues to choose for fantasy football?

Football fans know that each league and competition have their appeal and their own special features. There are different things to pay attention to in the case of each different football league.

FootballCoin attempts to cover all the grounds, including the best and most exciting competitions across the globe. The first ones that were added to the game were the big leagues in European football. The English Premier League, Serie A, La Liga, and Bundesliga were the first to be made a fixture in the game. Through them, fantasy sports enthusiasts can choose between the very best players active in Europe.

Other competitions that benefit from having numerous fans were added later in the game. Some of these include the Portuguese Liga Nos, Turkish Super Lig, Russian Premier League, French Ligue 1.

Other important international competitions such as the Champions League and Europa League, which attract the attention of millions of fans across the world are also included among the fantasy football contests in which users can join.

The World Cup hasn’t gone missing either. For the 2018 edition, all of the national teams taking part in the competition have had their full squads registered for the contests organized by FootballCoin.

By making smart purchases of player cards, a user could get to use the same players in multiple competitions consecutively. For example, a card of Eden Hazard could have gained the user the possibility of using the Belgium master in club contests (the Premier League and now La Liga), the 2018 World Cup where Belgium won third place, the Europa League (during 2018-19 season) and the UEFA Champions League (the 2019/20 season)

Choosing your fantasy football draft, the geek cheat sheet and how to get your football fix

Players in fantasy football must be chosen to take into account a number of variables. The most immediately important are, of course, whether the player will actually be playing in real life and how well they’re going to play. Fantasy football works by tallying up the points earned by a player for their real-life performance on the football pitch.

It’s not always easy to choose a competitive fantasy football draft. This is where any help and extra information comes in handy. One of the best resources, a real place for football geeks, is the FootballCoin website. The articles posted on the site offer detailed information about which players may be ideal for your fantasy draft.

Finally, any user can join as many fantasy contests as they wish. Through this, they can make sure they get they fantasy football fix, with contests representing teams from all over the world included.

Create your strategy and experiment with it as you see fit! Watching football and keeping up with the news will only help your chances of assembling a top squad. Keeping up with news on social platforms such as Reddit, Facebook, Twitter and, particularly, sites such as FootballCoin can greatly increase your chances of making the right choices in fantasy football contests.

Check the results, the leaderboard and individual standings

It’s not an exaggeration to say that fantasy sports are games for those obsessed with statistics. In order to truly carve out a legendary career as a fantasy football manager, it is vital that you monitor your development as well as that of the players you constantly choose for your team.

Once every single game included in a contest has concluded, check on how well you have performed. Fantasy football can be best explained by the results you have had in various contests you have entered. Also, consider taking a look at the performances of your rivals. What have they been doing wrong, or being successful at?

Not least of all, make sure to monitor the individual statistics of the players you wish to use in your fantasy football draft. Charts displaying the success rate in various areas (passing, shooting, tackling, etc.) will help you determine which players you want to stick with for the next contest.

Also, make sure to monitor the players you may not be choosing, but that has been used by your rivals. What are they doing different from your own strategy and how often have they been able to outperform you? Often, in fantasy soccer, it takes only a few points to make the difference between a winning draft.

How is fantasy football played?

You create your fantasy football team by creating a draft of football players. These players are then all rated based on their individual performances in their teams’ real matches. The stats obtained by the players (shots, tackles, fouls etc.) are converted into points based on the scoring system of the fantasy football game. The fantasy sports team that scores the most points wins the game for the week. FootballCoin contains an original scoring system (split into an Easy and Pro mode) and the games are divided into contests that usually cover all the week’s matches in a particular football league.

What do you get for winning fantasy football?

Prizes for winning at fantasy football depend on the type of game you are playing. Some games offer prizes, other points, and bragging rights. FootballCoin is the fantasy football game that offers real rewards. The game features its own cryptocurrency which can be won by playing the game. The rewards are the users’ to keep once they’ve won them.

How do I join a fantasy football league?

To join a fantasy football league, you must create a user account in the game you are playing. You will then need to confirm your details over the email and then to join a league. In the fantasy sports game of FootballCoin, users are encouraged to join daily contests. These contests represent the top football leagues in the world, including the Premier League, La Liga, Serie A, Bundesliga etc.

What is fantasy premier league all about?

The Fantasy Premier League is a fantasy sports game in which users are required to create a draft of players active in the Premier League. All the players receive a rating based on their real performances. The users battle in a league composed of other users that follow similar rules. Similarly, FootballCoin includes the Premier League among its fantasy football daily contests.

Can you win money in fantasy football?

Most fantasy football leagues, such as the Fantasy Premier League are free to play but include prizes for the top participants. FootballCoin, also a free game, however, allows users to win real prizes expressed in the game’s cryptocurrency, XFC coin. The game’s digital token, XFC, has a number of profitable uses that the user can take advantage of depending on their personal preference and strategy.

Is it free to play fantasy football?

Fantasy football games, such as FPL or FootballCoin are free to play. FPL has over six million users. All of them play for free, yet have a good chance of winning prizes. Similarly, in FootballCoin users can play for free, but are able to earn XFC cryptocurrency which they can use in the game, or they can store or exchange for other currencies.

Not all professional players play fantasy football. But, many of them have expressed their admiration for the game and all of them view fantasy sports as something that can greatly benefit their clubs.

Yes, fantasy football is legal as it is viewed in most countries as being a game involves skill. In the US, fantasy sports are legal as per the Unlawful Gambling Enforcement Act of 2006 which exempts it from the definition of betting and wagering.

Which daily fantasy site is the best?

While there are numerous popular fantasy sports games available, FootballCoin is the only one which is built using blockchain technology, features collectible cards, uses its own cryptocurrency and allows users the possibility of earning real rewards.

What is the most popular fantasy sport?

Football is the most widely popular fantasy sport. To clarify, we are speaking of American football, not soccer. It is estimated that 36% of the revenue generated by the industry comes from fantasy football. In the US, the other most popular games are Major League Baseball and the NBA.

How is fantasy football played?

You create your fantasy football team by creating a draft of football players. These players are then all rated based on their individual performances in their teams’ real matches. The stats obtained by the players (shots, tackles, fouls etc.) are converted into points based on the scoring system of the fantasy football game. The fantasy sports team that scores the most points wins the game for the week. FootballCoin contains an original scoring system (split into an Easy and Pro mode) and the games are divided into contests that usually cover all the week’s matches in a particular football league.

What do you get for winning fantasy football?

Prizes for winning at fantasy football depend on the type of game you are playing. Some games offer prizes, other points, and bragging rights. FootballCoin is the fantasy football game that offers real rewards. The game features its own cryptocurrency which can be won by playing the game. The rewards are the users’ to keep once they’ve won them.