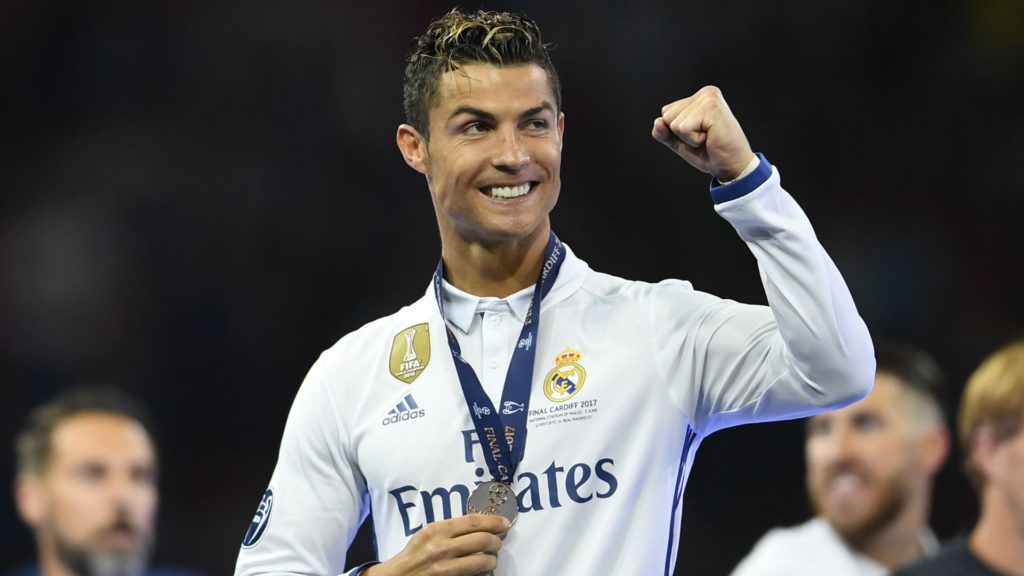 Cristiano Ronaldo recently departed the highly successful Real Madrid side among plenty of rumors that the club would be quick to transfer a replacement. But, as things stand, the team could already have that player in its current squad. 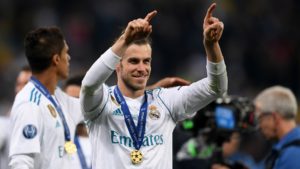 It takes a great player in incredible form to keep Gareth Bale sitting in his shadow. But, despite Bale’s occasionally brilliant performances, this is what happened while Ronaldo was a member of the squad.

New manager Julen Lopetegui has surprised some by announcing that CR7’s replacement is most likely already playing for Real. Bale is to get an increased role in the squad. Lopetegui has even seemed to confirm his desire to build the new Real around the talented Welshman. If last season’s Champions League final performances are an indicator of what Bale is capable of, then Real could safe hands. (Or..feet)

“Bale is a magnificent player with qualities and we are convinced he and everyone else can fill the void,” Lopetegui says about Bale.

“It’s an exciting challenge reinventing the team without Ronaldo, making it competitive and capable of winning titles. I have no doubt that it will happen with these players that we have,” the new Real Madrid manager says. 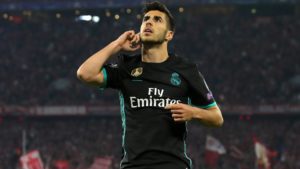 Ronaldo ended his Real career at as the club’s all time goalscorer. Given this remarkable feat, there was little others could do to challenge the Portuguese. Now, the very talented Marco Asensio could step in where Ronaldo left off.

Asensio started off well enough. Now long after his debut for Real, the press was already heralding him as one of the best young players in Europe. His performances then stalled for a while, leading to rumors that Asensio would be seeking a transfer to grant him first team playing time. His improved form at the tail end of last season and Ronaldo’s departure could mean that the 22 year old Spaniard could finally get the chance to lead Real. 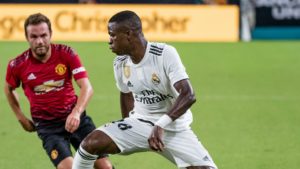 Talented young players arriving at Real is nothing new. But Brazilian born Vinícius arrives at a particularly interesting moment. Lopetegui seems determined to let younger player have their chance. Add to that a sense of excitement with Vinícius Júnior being compared by the press to the Brazilian Ronaldo.

The player has already made his start for Real against Manchester United in this week’s friendly. The player’s preferred position is that of left winger similar to how Ronaldo played in his early days at Real. The player can also be used as an option for the striker position. It remains to be seen if the player will fit into the manager’s plans for new season, or if he will be loaned out. Many feel that the youngster already has what it takes to be a starting player for the Spanish giants.

Real Madrid certainly has the money and prestige to purchase a high profile replacement for Ronaldo. But, luckily for the club, the Madrid team may already have that player in the current squad. Time will tell how the players will be ready to take on these challenges. Their Champions League and La Liga games are set to be hosted through FootballCoin contests. 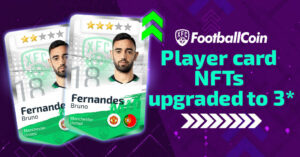