Signup now!
Home » Rooney ready to make the best of his chance in the starting line-up

Wayne Rooney is ready to prove all his critics wrong with his next performances. With the season drawing to an end, Rooney will be expected to try to fill the absence of Zlatan Ibrahimovic who is out through injury.

Wayne Rooney’s status as Manchester United legend is by now firmly established. It has been an odd season though for the player. His recent performances have varied in terms of quality. Rooney was rarely the vital element of the team that fans came to expect.

This lead to manager Jose Mourinho benching the player on different occasions. This also lead to pundits speculating that Rooney would depart Manchester United for a team that could assure his place in the starting team.

With injuries and fatigue affecting Mourinho’s choices at the moment, Rooney is getting his chance to prove himself. And the player shows his intent to make the best of it. The forward scored the second goal in United’s 2-0 victory over Burnley. 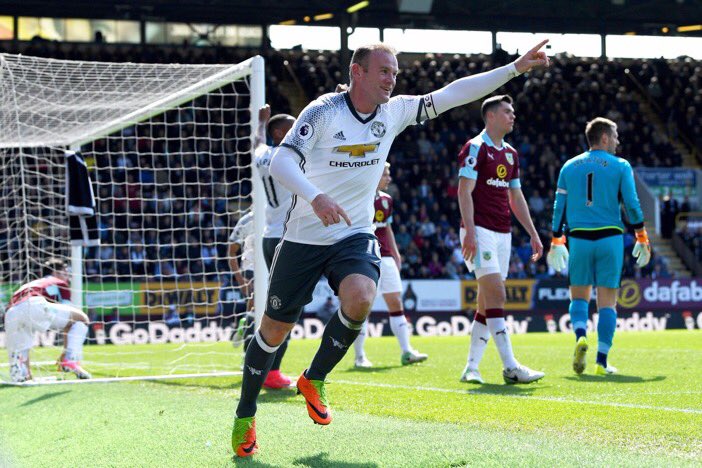 Good win today and a solid performance from the team. Time to get ready for Thursday  #mufc pic.twitter.com/aTVXrUyLVE– @WayneRooney Apr 23

Rooney will be expected to make a great contribution for the United side in the following weeks. The player says he is prepared. “I feel I can contribute quality, composure, experience, and know-how, how to get over the line, whether it’s to win the league or finish top four or get to the final. That’s a lot of experience I can contribute to the team.”

Wayne Rooney also played down the influence of his age on his performances. He answered reporter questions about whether he is ready to play for two or three more years at the same level. “Yes. Even longer I think. Everyone mentions that age, I’m 31, not an old person. Of course, I’ve played a lot of games.

“Who knows, not playing so many games this season might benefit me. All I can do is keep working, keep trying to prove people wrong. I work hard in training, and I just have to wait and get my chance, as I did against Burnley. I know I’m good enough to play at the top-level. People have their opinions, which I respect, and I have mine.”

There were no hints about the team he’ll be playing for in the next season. Everton is a possible destination according to reports. There is talk of a departure to the Chinese Super League. He says his only focus is on helping Man. United achieve their objective for this season.

“I think I’ve got a lot to offer, and as I keep saying, I’m looking forward to these next few games, get a few under my belt, and get to where I want to be at the end of the season and see what happens there.”