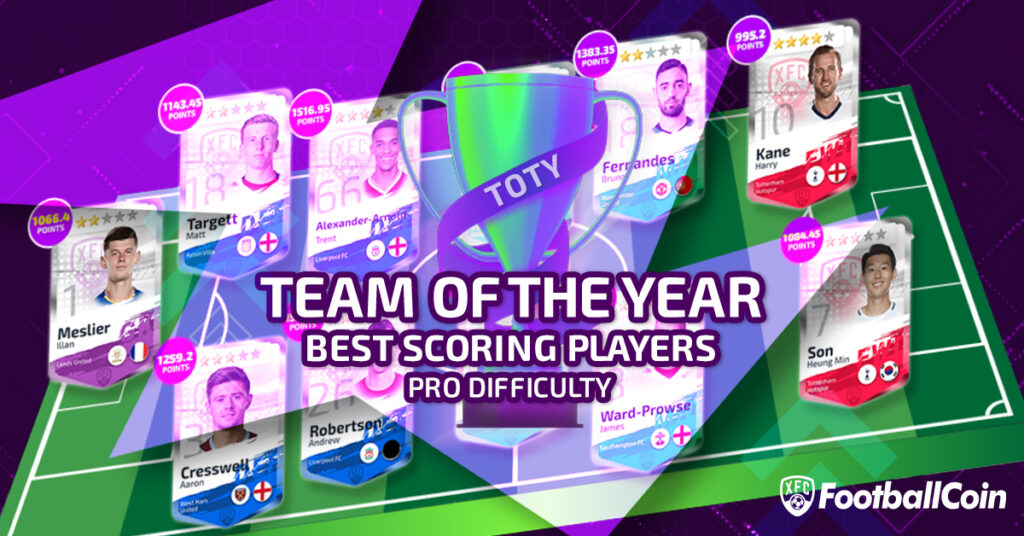 It was the best of the times, it was the worst of times. Modern footballers were, perhaps, never as overworked and tired as in the 2019/2020 season. Despite all of the hardships, this set of players managed to prove themselves. Here is the Premier League Team of the Year.

Illan Meslier (Leeds) – The fact that Meslier is the goalkeeper of the season is a testament to Leeds and to the incredible team manager Marcelo Bielsa has built. Meslier, still a teenager, helped the team overcome their expected shock of being back in the Premier League after a long time. It’s a great achievement and, certainly, there’s a lot more to come from the French goalie.

Sub: Emiliano Martinez (Aston Villa) – Aston Villa’s proved critics wrong this season. Goalie Emiliano Martinez is among the players most responsible for this. It’s no wonder that the team’s owners look determined to strengthen the squad ahead of next season. Consider Martinez among your first choices for your fantasy draft ahead of your next adventure.

Andrew Robertson (Liverpool): – Robertson makes the TOTY in the best league in the world without even having played that great really. There’s no denying that Liverpool’s wing-backs are simply a force to be reckoned with, and Robertson is one of the best players in the position of his generation.

Trent Alexander-Arnold (Liverpool): – In terms of fantasy football results, Alexander-Arnold may just be the best player in the world in recent years. Similar to Robertson, this was not an individually great season for the England international, but still enough to warrant a place on this list.

Aaron Cresswell (West Ham United): – The Hammers surprised many with their resilience and their results this season. Cresswell was one of the team’s most important players. The defender also managed an astonishing 8 assists throughout the year making his inclusion on the list no surprise.

Matt Targett (Aston Villa): – Villa’s great season is reflected by another addition on our list. Targett played every game this year earning points in fantasy football comfortably and consistently.

James Ward-Prowse (Southampton): – Simply put, Ward-Prowse is a utility player with the stats of a superstar. This season he’s proven this time and again. Southampton’s own results have been almost an afterthought.

Bruno Fernandes (Manchester United): – United’s best player in years, Bruno Fernandes’ leadership and consistency made him one of the best players in the EPL last season and a definite pick for your team this year.

Youri Tielemans (Leicester City): – In the case of Tielemans, special praise, once again, needs to be reserved for Leicester’s scouts. They’ve managed to unearth an incredible talent playing on the biggest stage for both club and country.

Mason Mount (Chelsea): – It’s especially satisfying when the supporters see one of their own make it as one of the league’s best. There’s endless potential when it comes to Mount. He has already confirmed a lot of this already.

Pierre Hojberg (Tottenham): – Few players are tougher or more reliable than this Danish midfielder. Hojberg had a great season in England and a marvelous Euro 2020 campaign.

Son Heung Min (Tottenham): – Tottenham had a disappointing season. It lead to the dismissal of manager Jose Mourinho. Still, Spurs also offer up three players to the Team of the Year. And, in spite of their famously aggressive defensive work, both strikers belong to Spurs. Son Heung Min often proved inspired in from of goal. He’s certainly one of the best players in the world playing in this position.

Harry Kane (Tottenham): – Kane took on more responsibility than ever this season. It suits him. Kane has shown time and again to be a true leader. Whether it’s goals, assists, or simply playing for the benefit of the team, Kane is one of the EPL’s shining lights.

Mohamed Salah (Liverpool): – While Liverpool was not on top of their game this season, their star players managed just fine. Salah is a generational talent and a player who doesn’t like wasting opportunities. This season, again, he proved himself to be one of the world’s best forwards.

How will you line up for the Premier League fantasy football contests for the 2021/22 season. Have your say in FootballCoin and get ready to win important prizes.