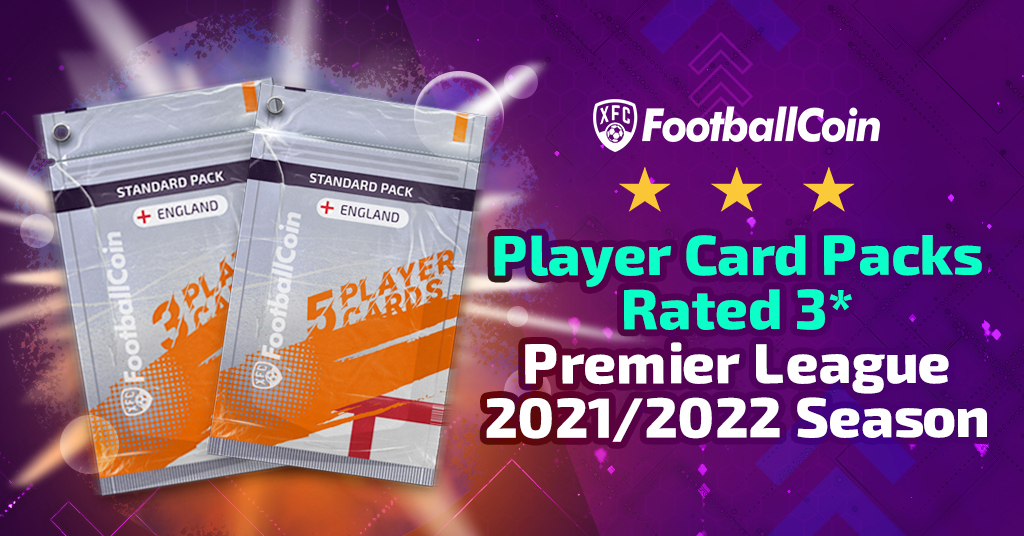 Starting this week FootballCoin will answer fans’ calls and will release the NFT player card packs for the new season. The 2021/2022 campaign will see packs introduced that include both newly promoted cards and older cards, all of the world-class footballers. The NFTs will represent players from the Premier League, La Liga, and Serie A and can be used in all facets of the world’s most complete fantasy football game.

When will the packs be released and how long can they be used?

The NFT player card packs are released this week. The packs contain players ranked 3* in the game. These can be purchased from the FootballCoin market site. Once purchased, the cards remain in the ownership of the one who purchased them.

These can be used forever, in all daily contests where the team which they represent are playing. Furthermore, the cards can be bought and sold on the free FootballCoin market.

Once a player retires or moves to a league unsupported by FootballCoin, the card continues to be active. The card will be recognized by the system as an Assistant Manager. These cards offer points based on their ranking.

How much do the NT player packs cost?

Can you sell or exchange the cards?

The player cards can be exchanged directly inside of the game. The exchange costs a sum of 10 or 50 XFC, in accordance to the player’s rank. The system will automatically provide an NFT card of a player that is active in one of the major football leagues. Also, players are to sell, lease or auction their cards.

Can you use NFT player cards to win XFC?

Yes, the cards can be used in daily FootballCoin fantasy games. The managers who score the highest number of points are rewarded with XFC cryptocurrency.

There are 150 player card packs. These are the players that will be included. Each pack contains one card from each group.

Which players are you hoping to get in your Premier League NFT pack for this season? Start collecting and get your team ready. Weekly EPL contests are set to bring you significant rewards.