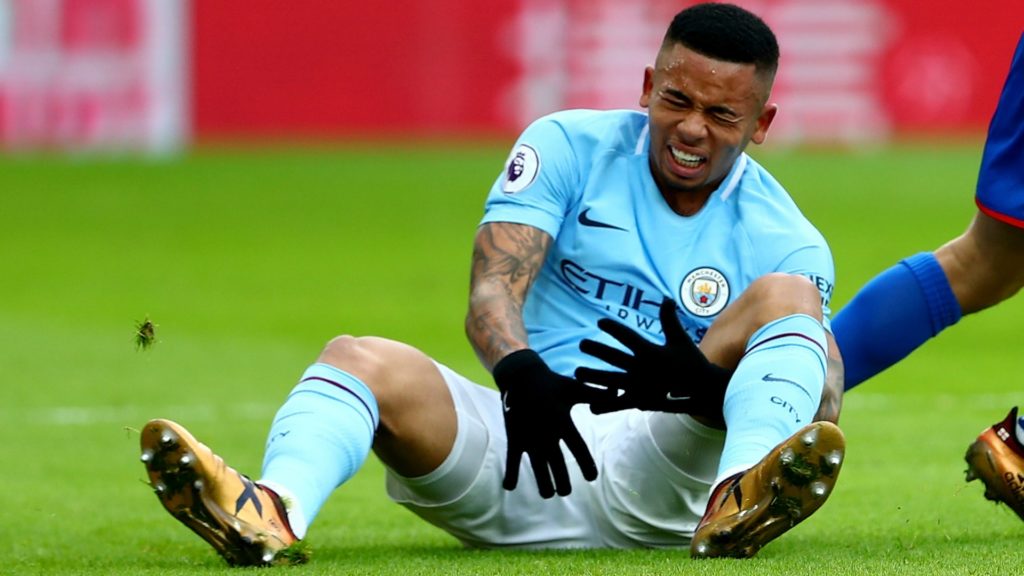 Gabriel Jesus sustained an injury to his medial collateral ligament. Manager Pep Guardiola confirmed the time the player will be off the pitch.

It is the time of the season when teams start losing players to injuries and suspensions. Usually, around Christmas time the squad depth of a team becomes clear. For Manchester City, this is the sort of test they now face.

Starting striker, Gabriel Jesus is one of the first among the players to be seriously injured this season. The player sustained an injury to his medial collateral ligament. The injury was believed initially to be more serious. City manager Guardiola reassured fans the injury was only moderately serious. 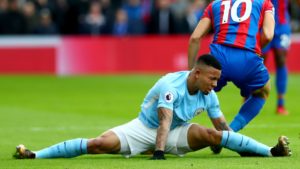 Gabriel Jesus’s injury will keep him off the field for a period of four to six weeks. It is certainly a blow for City. However, it’s good news for the Brazilian fans who hope to see the striker in the side for the Russian World Cup this summer.

“He will be out for between four to six weeks, or a little bit longer, but hopefully [he will be back] as soon as possible,” Guardiola said following the 3-1 victory over Watford that brought fresh injury concerns. Jesus’ medical problems came as a result of the player stretching towards the ball in the 0-0 draw against Crystal Palace.

Manchester City has often chosen to play with only one striker in front of their talented midfielders. Jesus’ sole replacement is currently Sergio Aguero. The team is expected, however, to further delve into the transfer market this winter. Alexis Sanchez, currently of Arsenal, is rumored to be considered for City.

As for the injury concerns, Guardiola looks to be worried about the schedule of the players. Premier League teams were required to play during the Holiday season. Teams have often needed to play every few days. Kyle Walker and Kevin De Bruyne have added to the Guardiola’s injury concerns.

“We made five changes from the last game but it’s not our fault. I know here in England the show must go on, but that’s not normal, guys. The big bosses should reflect that. We’re going to kill the players. The federations don’t think about the players but they have to. They play 11 months in a row. They have to protect them. We have to think about the artists. But I know it won’t happen.” 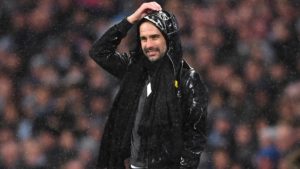 Guardiola then went on to speak about De Bruyne’s injury worries. The player has been vital for City this season. The manager says the player wanted to be part of City’s squad despite experiencing some pain prior to kick-off.

“Kevin has an inflammation and we said ‘maybe you stay back and don’t play’ but he said he wanted to play. He had a bit of pain but he wanted to play. It showed me a lot. He wants to win the Premier League. We want to follow him in this behavior,” Guardiola told reporters.

In the meantime, City is fifteen points ahead of their nearest rivals. The team has not lost one single game this season of the EPL. The team looks set to win the EPL and challenge for the other competitions they are involved in. With this in mind, Guardiola will require the best squad depth money can buy.