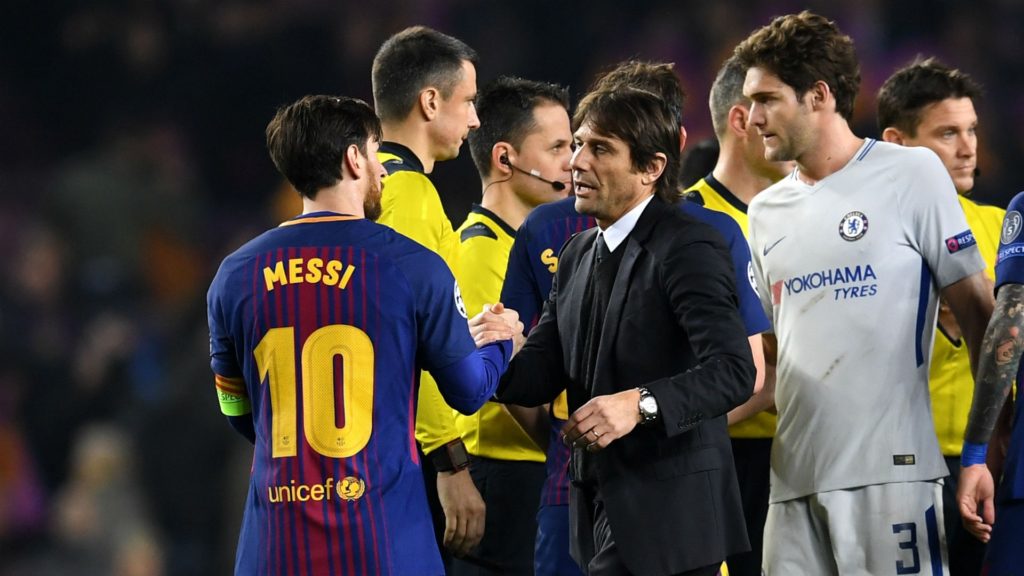 It’s official! Chelsea’s campaign can finally be referred to as a failure now that they’ve exited the Champions League at the hands of Barcelona. Last year’s Premier League winners were brushed aside by an experienced Barca side, lead once more by self-assured Lionel Messi. The Argentinian was the element that seperated the two teams thinks Antonio Conte (Chelsea manager):

“I think tonight and in these two legs Messi made the difference. As you know very well we are talking about the best player in the world. I think that over the two legs we were a bit unlucky. We hit the post four times and in our best moments they scored. They were very, very clinical and tonight I think we created many chances but we didn’t take them,” the Italian manager tells BT Sport.

Conte on Messi: "This type of player is born once every 50 years."#ThursdayThoughts #UCL pic.twitter.com/W56XdWIz4A

Barcelona are through to the Quarter Final stage of the competition with a 4-1 win on aggregate. Permanent competition favorites, the La Liga team will find out their opposition on March 16th when the remaining teams will be drawn together.

AS Roma, Bayern and Sevilla qualify to the Quarter Finals 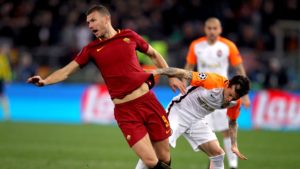 On Monday, AS Roma did just enough to earn qualification and will largely have to thank their decision not to sell Edin Dzeko in the transfer window for the win. The Bosnian scored the single goal against Shakhtar Donetsk, in a game in which the Ukrainian champions had the better part of possession. Dzeko says that in fact it’s these type of games that have kept him committed to the plans of the Serie A team.

“I did not want to go away for this game, all the season is played for games like that. We have done something that has not happened for 10 years, and being with the strongest is a source of pride. We play with everyone, we are among the eight strongest, so we are strong,” ” Dezko told Mediaset Premium.

In other games, a substitute lead Bayern Munchen side swept Besiktas aside in Instanbul. The German champs won 3-1 and earned an 8-1 aggregate victory. Tuesday also saw the exit of Manchester United after an uninspired performance against Sevilla, which saw Jose Mourinho’s team lose 2-1 at Old Trafford.

The Quarter Final games are to be revealed on Friday. All Champions League games will be featured in FootballCoin contests. Join for a free chance to showcase your managerial skill and win important cryptocurrency prizes.