Jurgen Klopp spoke about Daniel Sturridge’s future at Liverpool. The manager told the press that a decision is to be made at the end of the season. This comes amid growing rumors that Sturridge is to depart Anfield in the near future.

Once seen as the leading prospect for Liverpool, Sturridge is now finding it hard to get playing time. The striker has only played five games in the Premier League and nine games in total this season. Most games have seen Liverpool playing with a three forward formation. The players usually preferred by Klopp however have been Coutinho, Firmino and Mané.

“I have no idea what happens in the summer. It is not only Daniel but a lot of players,” said the German.

“Daniel was not in training for eight or nine days because of a virus infection. We have to bring him back to the best shape possible and then bring this season to an end as successfully as possible.”

“Then we will make decisions and speak about Daniel and any other players about what will happen at the end of the season. A lot of things will influence this and we can speak about it when it is time.”

Klopp talked about the need for the team to be focused on bringing the season to a succesful closer. The manager hinted at the fact that the position Liverpool will occupy come the end of the season will influence the team’s transfer strategy for the future.

An injury has kept Sturridge away from training in the last weeks. He is expected to be fit for the next league fixture against Arsenal though. Sturridge also missed the disappointing 3-1 defeat against Leicester. Liverpool have had a poor start to the year. They’ve lost six of their last twelve games in all competitions. Klopp was highly critical of his team after the Leicester fixture.

“We did not do enough. It looked like we’d never spoken about the strength of Leicester. That’s the real problem. I spoke in the dressing room about it. That’s not enough, for sure. That’s not even close to being enough.We have to work, obviously and try with everything we have to do better next time.  It is really hard to see what we would usually be able to do in this performance.

“Not good in offence, not good in defence – that’s how you lose football games.There is no reason at this moment for this. You can always find excuses but I am not ready to look for an excuse.”

Liverpool currently sit fifth in the table and will hope to be playing Champions League football come next season. The next game against Arsenal is critical in securing that objective. Jurgen Klopp’s team has generally performed very well against higher ranked clubs.  Inconsistent form and points lost against smaller teams have mainly determined their current place in the league. 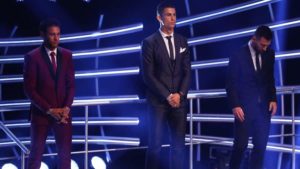