With Mourinho recently making it clear that the Europa League is now Manchester United’s top priority, the manager is set to rest some players in their next game against Arsenal.

Jose Mourinho has recently talked at length about United’s difficulties regarding squad depth. The Manchester side is engaged in domestic and international competitions, but has had to deal with a host of players made unavailable through injury or fatigue.

United clinched victory last night over Celta Vigo, after Marcus Rashford‘s freekick goal secured a 1-0 finish. Mourinho says that the team is left without any choice but to rest some of its players in other important games. Therefore, the team Man. United will have available against Arsenal is likely to be much different from the one featured against Celta Vigo.

“We are going to try, we are not going to Arsenal to say ‘beat us five or six nil’. We are going there to fight for a result. But it’s impossible, I can’t do it another way, I cannot play with the same team that played here and then repeat again next Thursday [in the second leg against Celta].”

“We have to be human with the players, we have to be sensible and [have] common sense in relation to our situation in the Premier League and the last match against Swansea we lost our last chance to fight for the top four so I am going to rest players, yes.” 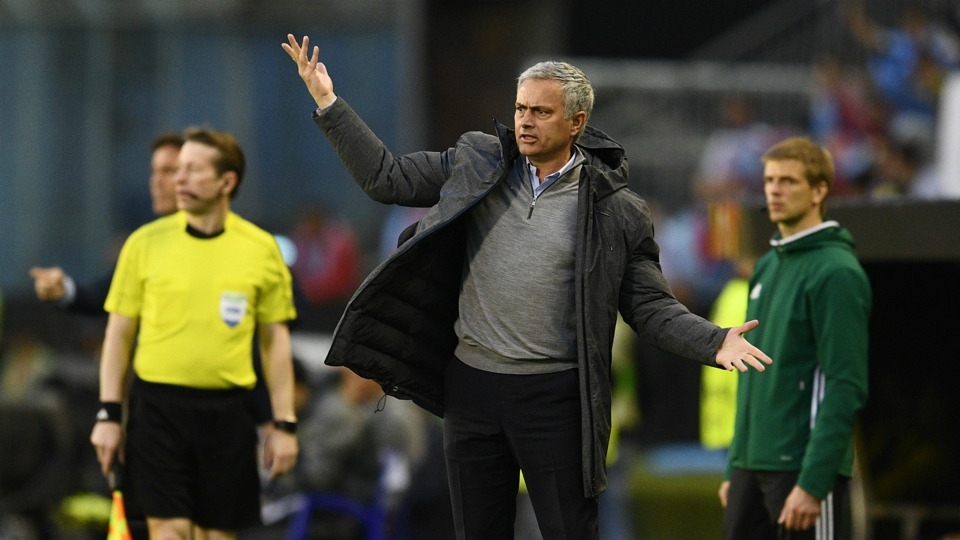 Both Arsenal and Manchester United are trying to save an unremarkable season by clinching Champions League qualification. By and large Arsenal are the team left worse for wear after the last year. Arsenal manager Arsene Wenger has been under significant pressure from supporters. The French manager stated that his team will have no other choice, but to play to win against United.

Jose Mourinho also talked about his choice for the position of goalkeeper. Regular starting player David De Gea was absent against Celta Vigo. Sergio Romero played in his place and did a good job. Mourinho says he has enough confidence in his keepers to employ a system of rotation at the team.

“I don’t like to say this competition is for one goalkeeper and the other is for another one. Sergio has played one match in the Premier League, David has played two in the Europa League, Sergio has also played in the League Cup while David played the other matches and the final. I don’t like that complete separation.”

“David plays on Sunday. We have two fantastic goalkeepers. We have a third goalkeeper [Joel Pereira] that I think will be the best Portuguese goalkeeper of the next generation. We have great goalkeepers and the one in-goal I trust completely.”