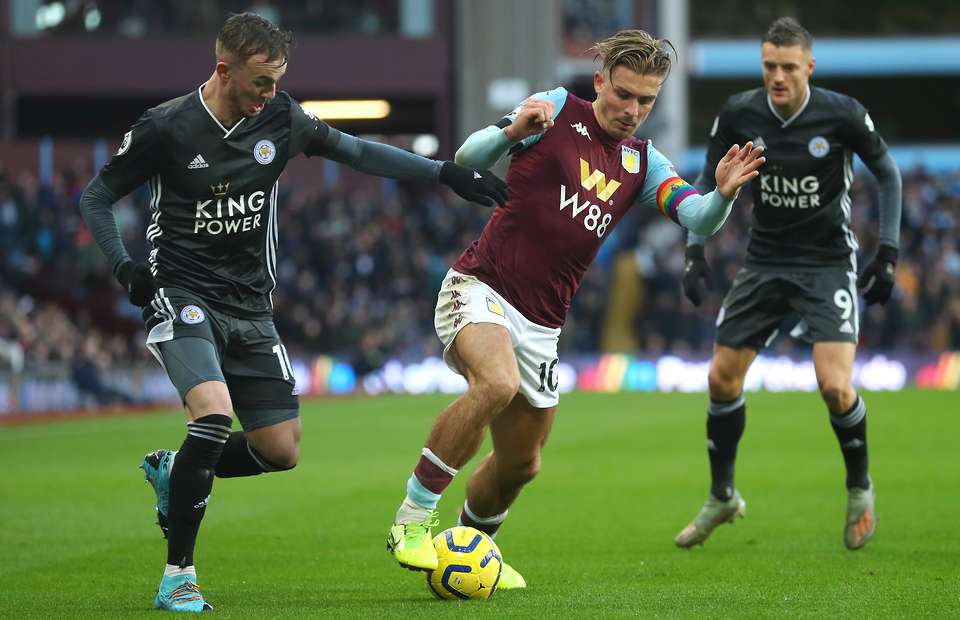 One of the many benefits of existing as one of the world’s richest clubs is the ability e to spend big bucks on big signings. This gives an excuse to, once again, talk about Manchester United’s transfer plans which include signing a “number 10“. Jack Grealish of Aston Villa and James Maddison of Leicester City are their top scouted picks. Who’d make the better choice?

Maddison vs. Grealish in Leicester City vs. Aston Villa

Naturally, both Grealish and Maddison are highly touted English playmakers. While they are close friends and have played together in England’s youth squad, there’s a growing amount of hope that either will be able to lead their national side in the next Euro tournament.

Since margins are small, perhaps, it is best to take a look at the last direct meeting between the two. On March 3rd, Leicester City inflicted a 4-0 defeat on the newly-promoted side Aston Villa FC. Both men were present on the pitch and their teams’ strategies were highly reliant on their contributions. Here are a few things to consider:

Sure, there’s plenty more to talk about than simply their last meeting. Both players have made a great impact in the EPL, especially this past season. Some of the talking points include:

Should United transfer Maddison, Grealish, or both?

While Aston Villa’s results and James Maddison’s England call-up, both players look vital to their team’s setup. Regardless, both Leicester and Villa are aware they will need to cut a deal and get the best out of the situation at hand.

United could still do with a number 10. And, although quality in the Old Trafford locker-room is not overflowing, since the transfer of Bruno Fernandes, we can safely say that buying both Grealish and Maddison is unlikely to happen. Yet, both players look suited and, more importantly, ready to be creative in a team like United, Liverpool, or any other of this stature.

The more likely scenario, however, is that the two will end up replacing one another. Rumors suggest that Maddison is half-way to becoming a Red Devil. Meanwhile, Leicester City wish to maintain their ambitions and will spend some of the money they receive on their golden boy, to purchase Jack Grealish.

Either way, England football fans are treated to a rare right. Two excellent playmakers at the top of their creative powers, both active in the Premier League for the foreseeable future.