Premier League sides West Ham and Newcastle are part of an investigation involving tax fraud in the football world. It’s been confirmed that several people have already been arrested in the case.

Her Majesty’s Revenue and Customs (HMRC) is leading the investigation which allegedly involves Premier League club West Ham United. The department in question has confirmed that arrests have been made in the case. The specific number of people placed under arrest has not yet been offered to the public.

Around 180 officers were involved yesterday in search operations. The investigations took place in England, as well as in areas of France. The exact locations are not part of public information. In the aforementioned searches, business records were seized by authorities.

West Ham has confirmed the investigation involving the club. Representatives of the team say they are cooperating with authorities to try and resolve matters. Meanwhile, HMRC issued a statement detailing the current state of investigations.

“180 HMRC officers have been deployed across the UK and France today. Investigators have searched a number of premises in the North East and South East of England and arrested the men and also seized business records, financial records, computers and mobile phones.

“The French authorities are assisting the UK investigation, have made arrests and several locations have been searched in France.

“This criminal investigation sends a clear message that, whoever you are, if you commit tax fraud you can expect to face the consequences.

“As this is an ongoing investigation HMRC is unable to provide any further detail at this time.”

Also, newly promoted Premier League side Newcastle is said to be part of the investigation. Reports suggest that Lee Charnley, the team’s managing director, has been arrested. The club’s training grounds were also raided by authorities. Updates are expected to be available soon. 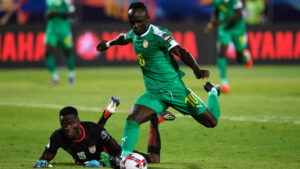