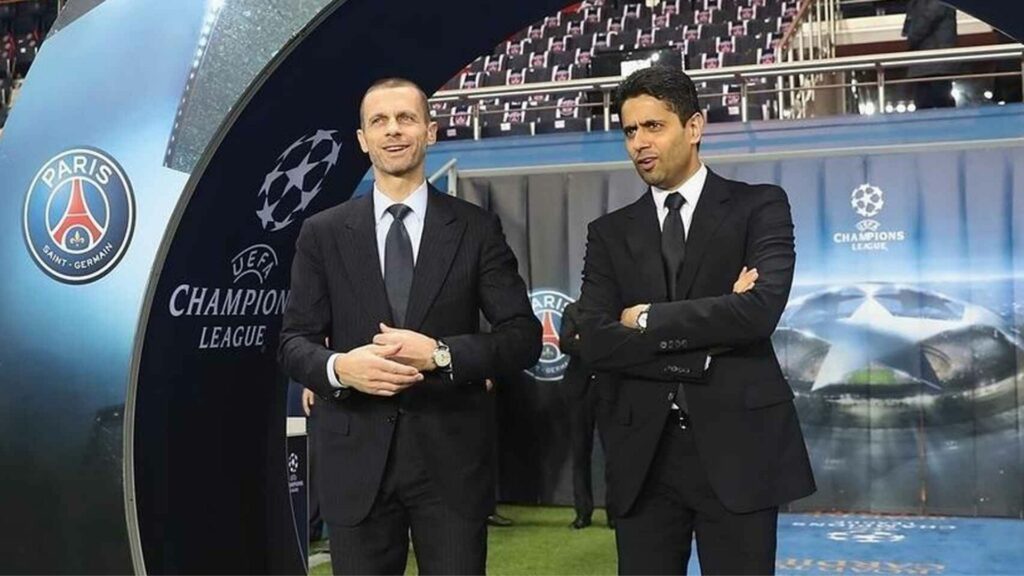 Financial Fair Play (FFP) was introduced by UEFA as a means to create a greater balance between the spending power of football clubs. How well these plans have worked up for debate.

This year, UEFA has announced plans to upgrade the FPP. The new regulations would further limit club spending. In an era of uncertainty for sports, this is an important announcement.

Let’s take a look at the regulations and what they would mean for your favorite football clubs, for the industry as a whole, and, even, for fantasy football.

Contents show
1What are the proposed changes to Financial Fair Play?
2Will new punishments have a significant effect?
3What is Financial Fair Play and has it worked?
4What this means for superclubs
5What does this mean for fantasy football?
5.1Related

What are the proposed changes to Financial Fair Play?

According to a report published in The New York Times, UEFA is set to replace the existing rules with new ones.

Financial Fair Play (FFP), regulations would limit club spending to pay wages, transfers, and agent fees to 70% of their revenues starting in 2025. Clubs will be allowed to spend 90% of their income starting in 2023. This will reduce to 80% by 2024, and to 70% one year later.

These new rules and regulations are to be voted upon by the UEFA executive board on April 7. If agreed they will be integrated into the rule book.

Will new punishments have a significant effect?

UEFA’s new proposals suggest that punishments extend beyond the popular punishment of fines and bans on transfers.

The organization proposes that clubs who break the rules be relegated from Champions League to Europa League, from Europa League to Conference League. It could also involve no European football at all. It has been suggested that UCL points deductions will also be discussed.

The current rules will still be enforced, although fines will not change. Clubs can expect to face more severe consequences for failing to follow them.

What is Financial Fair Play and has it worked?

Uefa offers a variety of punishments that clubs can face for breaking these rules. These could include a warning or the loss of European titles. Several clubs have been handed monetary punishments, as well as transfer bans, or requirements not to exceed a fixed number of footballers that they can register.

Due to the financial impact of COVID, UEFA has felt that the rules should be modified. Though there was speculation about the possibility of a salary cap, this idea has been dropped.

What this means for superclubs

FFP will be renamed “Financial Sustainability Regulations”. Through it, clubs will be allowed to lose EUR 60 million over the last three seasons, while the current rules limit it to EUR 30 million.

Clubs that owe money to others will also be closely inspected and penalized if found guilty. It is hoped that these rules will help clubs become more financially responsible and self-reliant.

The Regulations are also aimed at what some have referred to as state-owned clubs. Clubs like Paris Saint-Germain and Manchester City receive a sizeable part of their huge budgets directly from sponsorships related to Middle Eastern monarchs.

This type of funding would be further discouraged. Furthermore, penalties for not complying with regulations will be higher. Clubs could be demoted to lower leagues in the worst-case scenario. Alternatives include receiving bans from European football competitions, or having points deducted.

It also spells a new era for superclubs. Yes, financial benefactors have always stood at the heart of important clubs. However, these changes to rules could drastically change the way in which these clubs receive financial support and the way in which they’re able to use it. Simply put, it would slow down these clubs’ ability to spend enormous sums of money on transfers and wages. Or, at the very least, it would require them to balance their financial gains and losses.

What does this mean for fantasy football?

Fantasy football enthusiasts are certainly spoiled. The top European leagues feature a plethora of stars. New talent arrives in this league almost as quickly as it has cropped up. The salaries of football stars are afforded because of the money involved. The interest in these competitions is another important factor.

If the Regulations are significant, the divide between very rich clubs and smaller ones will get smaller. This should make help the competitions themselves. More clubs will have an incentive to grow and compete. Important trophies will become open for a wider array of clubs.

Fantasy football stars will have the same array of great players from which to choose. However, not all of them will play for the biggest clubs. This should make FootballCoin contests more entertaining as well. These contests are determined by the users’ knowledge of football.

Are you taking advantage of FootballCoin daily contests? Join them and you can win free XFC cryptocurrency.