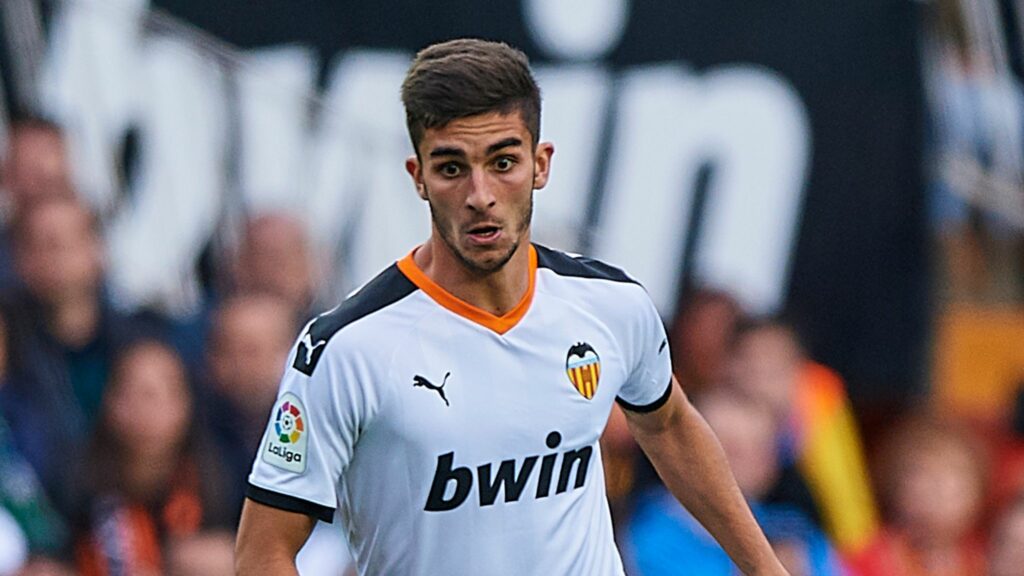 Ferran Torres, formerly of Valencia, has joined Manchester City for a reported initial fee of £20.9million. Plenty of expectations are placed on the youngster by a team desperate to improve for future campaigns. But, what exactly is Ferran Torres’ playing style and how will he fit into Pep Guardiola’s plans.

Manchester City has lost very few players that seemed essential while at the club. Leroy Sane is an exception. He joined Bayern Munchen for a £40.9 million fee. Although Sane, when fit, was not a starting player under Guardiola, he provided squad depth and his qualities could certainly have been improved.

Ferran Torres is here, effectively, to replace Leroy Sane. For Valencia, his previous club, the Spaniard was mainly active as a winger, operating especially on the right side of the pitch.

But, Torres possesses good drilling, crossing and passing skills, not to mention great acceleration. On a number of occasions, he was deployed on the left-wing, or even in the center of the pitch.

These qualities, along with Torres’ tactical versatility make him an ideal student for Pep Guardiola, and his methods of out-passing opponents into submission.

Interest in Ferran Torres from Barcelona, Manchester United and Liverpool

The 2019/20 season was the breakout year of the 20-year-old. This year he made 34 appearances in La Liga for the Bats, notching 4 goals, and 5 assists along the way.

A closer look at Ferran Torres’ stats show just why Guardiola insisted on getting him to the Etihad, despite interest for the player by teams like FC Barcelona, Liverpool, and Manchester United.

Torres’ potential is immense, especially as a goal contributor. Torres was involved in nearly a fifth of Valencia’s goals this season. He averages almost 80% passing accuracy. In La Liga he rarely gave possession away. And, he is able to use his speed and ball control to create goal-scoring opportunities for himself and his teammates.

Furthermore, having played in La Liga, a competition that Pep Guardiola knows so much about has already forced Ferran Torres to come up against incredibly skilled footballers. His transition to Manchester City is greatly helped by this.

It remains to be seen just how much of a role Ferran Torres is to play in Manchester City’s plans for the 2020/21 season. Regardless, the competition, as well as Torres’ card are part of FootballCoin fantasy football game.